Once a shimmering, chimerical facet of the ‘one per cent’ lifestyle, plastic surgery-related tourism has opened the gates for the masses into a new world of physical transformation.

Though plastic surgery continues to break its own frontiers, both in terms of the advancement of technology and the invention of new procedures to fix problems we never knew we had, its current synonymy with questionable self-customisation bears pale resemblance to its more functional antecedents. Cosmetic surgery as reconstruction after physical trauma is no recent marvel, with records of primitive rhinoplasty reaching as far back as 6th century India; while physiognomy, or ancient Chinese face-reading, was an ideology constructed around the belief that certain prominent facial features are auspicious to the bearer: thus, changing one’s appearance would also change one’s fate.

However, the phenomenon of global ‘surgical tourists’ – those who travel to exotic locations for procedures performed with radical technology at a fraction of the price tag in their home countries – is characteristically millennial. With OECD estimates now standing at over 50 million medical tourists each year, and the industry growing at a rate of 20 per cent per annum, the bulk of this demographic — the literal faces of the future — hail from dominant economies, particularly the Chinese nouveau riche and Americans seeking to flee the biting costs of private health care. Half a million Americans travelled overseas for medical purposes in 2008; in 2014, the statistic was closer to 1.25 million.

This collapse in geography has undeniably been supported by the increasing prominence of budget travel, as well as our casual connection to the Internet: stuffy waiting rooms have been replaced by Skype consultations. For those scouring the web for testimonials and worst-case scenarios, there is a plethora of online communities and YouTube users sharing their experiences, recovery tips and doctor recommendations. Insurers are responding to these changes, adapting to offer increasingly borderless, and flexible, medical coverage tailored to each unique client.

As a result, the appeal of particular destinations for some travellers is now dependent on their identification with certain procedures, not just the presence of historical, cultural or environmental attractions. The Czech Republic reigns as Europe’s most highly regarded cosmetic surgery destination, its capital Prague a convenient two hours or less from most cities within the continent. An internationally diverse clientele seek its specialised services in nose reshaping and silicone breast implants, as well as varicose vein removal, in-vitro fertilisation and infertility treatments, and laser eye surgery. Post-operative patients can enjoy luxurious service in hospitals located within the city’s beautiful and historic precincts, surrounded by ornate chateaux and picturesque villages that simulate a pseudo-royal experience.

Across the Atlantic, Mexico — a mere 25 minutes from San Diego — is a popular destination for bariatric, or weight-loss, surgery, despite the country’s medical reputation suffering from an unfortunate association with the spectre of black market surgery. Further south, Brazil — where the perfect beach body is a cultural icon and national preoccupation — boasts a $30 billion plastic surgery industry, specialising in world-class tummy tucks and buttock augmentation. The latter is an increasingly popular procedure which, it’s been suggested, a certain voluptuous reality television starlet underwent in the nascent stages of her fame. Brazil, looking to expand the horizons of its surgery market, now also offers cosmetic surgery for pets.

Perhaps no other region has witnessed such a meteoric rise as Asia as a cosmetic surgery epicentre and ‘empire’. Singapore’s $300 million health care and research centre, operating under the futuristic portmanteau Biopolis, is a world leader in advanced stem cell research which has translated this work into innovative applications in cosmetic surgery. The governments of Thailand and South Korea allocate funds for the promotion of surgical tourism — a move widely regarded as a direct economic response to the continent’s mid 2000s financial crisis, which generated a strong drive for diversification, particularly in the exploration of new ways to attract foreign cash.

Thailand attracts worldwide visitors, lured by the country’s reputation for exceptional breast augmentation and dental work and, more recently, iris implants. Bumrungrad International Hospital in Bangkok boasts a luxurious 4:1 patient-to-nurse ratio (compared to the average of 8:1 in Australia, for example), reinforced by pharmaceutical service robots. Even so, procedures can be up to 75 per cent cheaper than in North America and the United Kingdom. 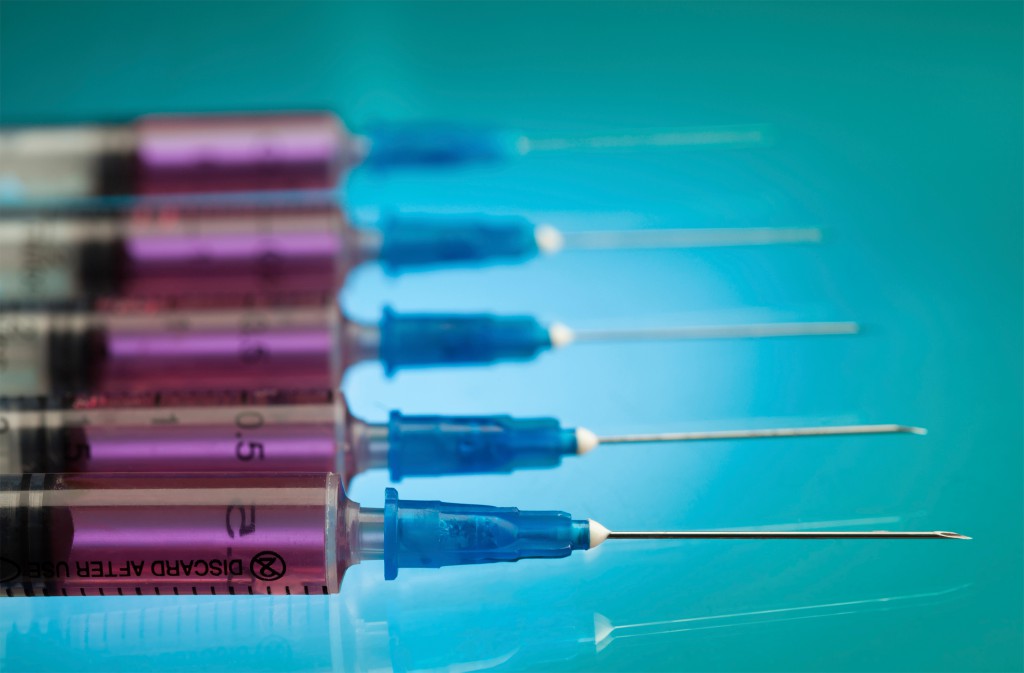 However, the new plastic surgery mecca — to which many now make their pilgrimage in the pursuit of bodily perfection – is undoubtedly South Korea. The glamorous Gangnam district in Seoul is a veritable constellation of plastic surgery clinics, its brilliant signs and billboards a complete sensory overload to rival the raucousness of the Vegas strip. Equipped with pioneering technologies, Korean surgeons have refined and are now capitalising on the precise mathematics that comprise the proportions of idealised East Asian beauty. Double eyelid surgery is almost a rite of passage for young Asian women, whereas the infamous jaw surgery is reaching similar levels of ubiquity. This process, in which part of the skull bone is shaved and removed, results in the creation of a feminine V-line jaw. Some surgeons even display their collection of cut-off jawbones in their reception areas as a totem of their skill.

Perhaps what is most striking and dangerously attractive about the surgical tourism amalgam is, as the name would suggest, that the experience is euphemised as an ‘enhancement holiday’. These hospitals are more evocative of glamorous day-spas than medical clinics: The Bumrungrad Hospital resembles a breezy five-star resort, offering patients a poolside recovery complete with (non-alcoholic) cocktails and surgical aftercare in the form of holistic beauty treatments. The hospital also offers an in-house Starbucks and McDonald’s, in case any patient were to miss the deep-fried, venti caramel taste of home. A procedure in South Africa can be coupled with a safari, which includes a wildlife drive and sightseeing, as well as vineyard tours and fine dining, while the Ritz-Carlton Seoul has gone to such lengths as to form partnerships with popular hospitals, offering an $88,000 conglomerate anti-ageing beauty package.

Including flights and accommodation, overseas clinics offer extremely competitive pricing which could sway even the most stoic opposition. The burden of organising minute travel details can be shifted to specialised surgical tourism agencies, which offer meticulously prepared itineraries encompassing chauffeured transportation to and from the airport and hospital, as well as translators and visa arrangements if necessary. However, the attractive guise of a vacation minimises the fact that most of these procedures fall under the category of major surgery.

As a result, prospective patients need a hard head when discerning fact from fiction in the planning stages of a surgical vacation. To the Western reader many surgical tourism agency websites leave a little to be desired when it comes to layout and design: sparkly gyrating Word Art is not the style of typography usually associated with professional prestige, at least in our corner of the world. Prospective patients should always try to obtain first-hand accounts of past experiences with a clinic, but it is crucial to ensure that any preferred surgeon is a registered member of the International Society of Aesthetic Plastic Surgeons before making a commitment to a procedure.

The practice should also explain all potential complications associated with a procedure, and indicate whether a surgeon will accept liability if revisionary procedures are required. Long-haul flights pose risks even for healthy individuals, let alone travellers in a compromised post-surgical state, and returning home and needing correctional surgery is a palpable risk of surgical tourism. Local practitioners may be hesitant to perform surgery on existing disfigurement for fear of exacerbating the issue, and subsequently bearing responsibility for the entire complication.

A certain stigma attached to plastic surgery in Western culture seems in part responsible for its outsourcing en masse to foreign climes, heralding the dawn of truly global citizenship. Cosmetic surgery in most Anglophone countries bears a shadow, perceived as a product of the absence of healthy self-esteem combined with compensatory vanity. A vacation certainly doubles as a convenient veil that can be drawn over an abrupt change in appearance or more subtle remodelling, as well as providing a degree of insularity against interrogation and criticism. However, this stigma is not experienced universally, and it is no coincidence that new cosmetic metropolises have risen — across Asia for example — in contrast to discriminatory attitudes in the west. Undergoing successful surgery in South Korea, for example, is a badge of dedication and perseverance: it speaks of status and eminence as would carrying a designer handbag or driving a luxury car.

Though we often utter the word ‘cosmetic’ with the tinge of acid that accompanies the label ‘narcissistic’, nothing quite compares to the giddy strut with which we leave a salon after a great blowout, let alone the potentially positive impact of a more permanent modification. If plastic surgery truly makes sense for someone, then surgical tourism may offer a solution which makes achieving their goal more financially feasible, and possibly — at some stages of the process at least — even enjoyable. However, the questions surrounding surgical tourism shouldn’t pertain to which hospital boasts proximity to the best beaches or will yield the greatest value for money. Ultimately, such a decision still needs to be the fruit of thorough research on standards of care and quality control, and should be treated as a matter of life and death, because — morbidly enough — that is precisely what it is.