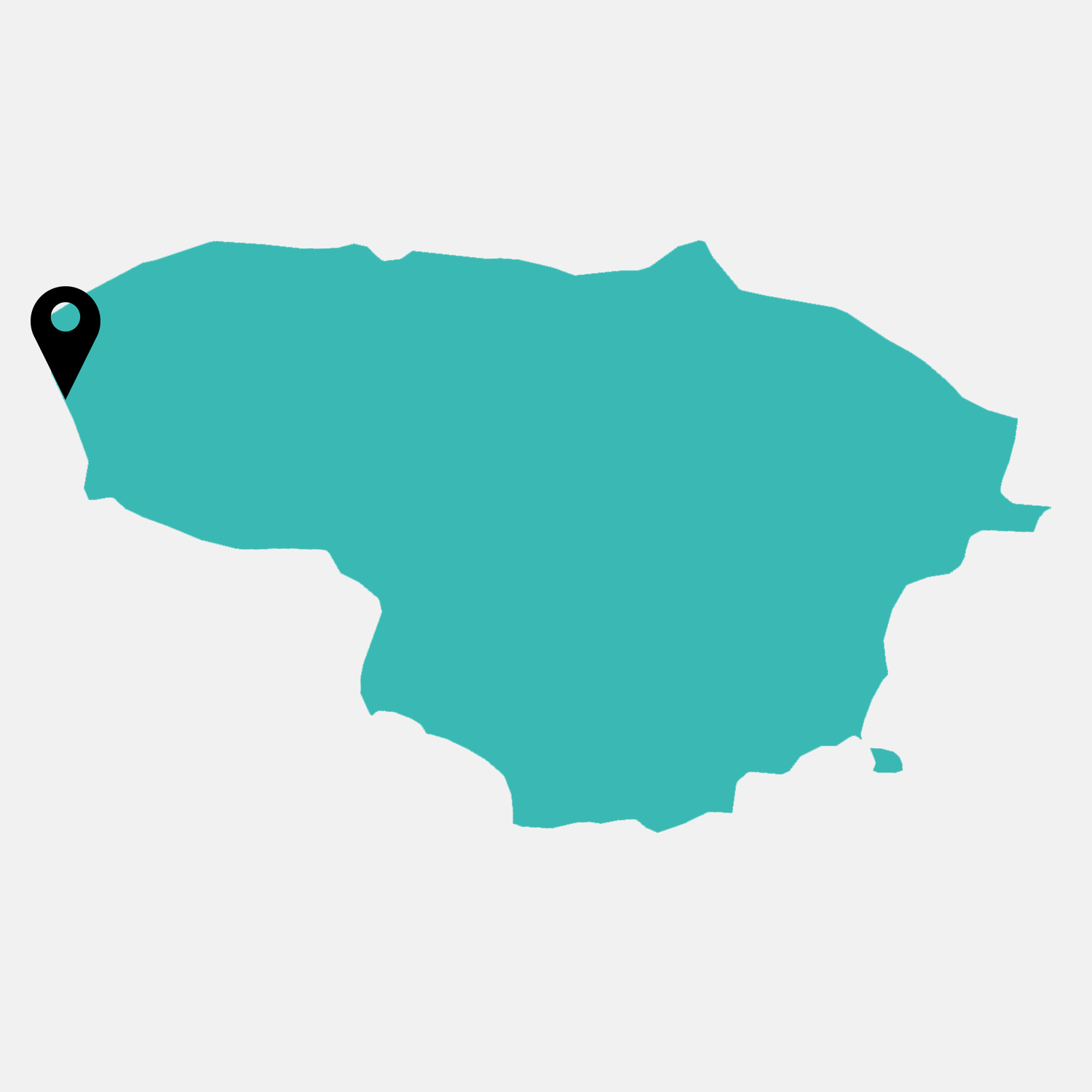 Resting on Lithuania’s Baltic Sea coast, the port city of Klaipeda is the country’s third largest city and a vastly underrated destination. Home to a surprisingly Germanic old town and scenic riverfront, Klaipeda also acts as a gateway to Lithuania’s stretch of the natural paradise that is the UNESCO-recognised Curonian Spit.

Away from the nation’s capital of Vilnius, Klaipėda has been overlooked in the past as tourists jaunt rigidly between the capitals of the Baltic States. But, the trend is slowly reversing as the city and its surrounds become better recognised regionally as a summer getaway spot.

An accessible city break, with vast stretches of open beach and inviting woodland; here is a recommended itinerary for those with 48 hours to spend in Klaipėda.

Since Klaipėda isn’t a massive city, exploring on foot is the best approach. Start with a walk through the city’s old town; Theatre Square is a perfect place to begin, with the grand Drama Theatre taking pride of place.

Take note of the statue of Ann from Tharau; according to folklore, the statue was temporarily removed after Hitler gave a speech from the theatre’s balcony and became angry at having to address the statue’s rear.

Strolling the streets of the charming Old Town, it’s hard not to notice the distinct Germanic influences in the city’s older buildings. For much of its history, Klaipėda went by the name Memel and was controlled by Teutonic Knights, Prussians and Germans. This history is best explored at Klaipėda Castle, an archaeological site and museum, with exhibits on the region of Lithuania Minor, the history of the castle itself and Klaipėda during the Second World War. Open Tuesday through Saturday, a combined ticket for all of the exhibits costs 2.90€ for adults, 1.45€ for students and children.

Head east to the quieter residential streets between Dienovidžio Skveras Square and the Klaipėda Cultural Communication Centre. This is the Senamiestis area, the heart of Klaipėda’s medieval old town, and the location of many of the city’s historic half-timbered houses. Many of Klaipeda’s more traditional restaurants are found here, such as the vintage Klaipėdos Senamiestis Restaurant on Daržų gatve. Serving a mix of German and Baltic cuisine, try the Holstein Schnitzel or some traditional koldūnai dumplings.

Walk off lunch by wandering towards the Magic Mouse statue (corner of Kurpių and Mėsininkų) in Klaipėda’s modern city centre. Legend has it, this tiny mouse statue grants wishes to those who whisper their requests in the mouse’s ear.

Continue across the city until the large map painted on the side of a building on Turgaus gatve appears. From here it’s just a few blocks to the huge Jono Kalnelis bastion, a remnant of the city’s 18th century fortifications.

North of the Danė River towards the train station, lies the Klaipėda Sculpture Park. Located on the site of an old cemetery the park is home to 116 different sculptures created throughout the 70’s.

Stroll back towards the city along the Danė riverfront where the Meridianas, a grand old sailboat is permanently moored. This photogenic vessel was a training ship at the Klaipėda Navigation School for 20 years before being converted into a restaurant in 1971. Over the years it grew to become a beloved landmark and was recently restored in 2014.

Unwind after a day of walking by enjoying a drink at one of the many bars lining the banks of the Danė. Both Coco and Bluez offer waterfront seating and the latter also features live music. One street back from the river on Žvejų, the rock’n’roll style Faksas bar serves a range of beers from the local brewery, Švyturys. There’s no need to move far for dinner, as this waterfront stretch is a hub of dining options. Don’t miss the stylish Studio 52 and its artful presentation of gourmet food; alternatively, the brewpub aptly named the Beer Garden offers a more relaxed dining experience, and screens live sports too.

With an early start; it’s possible to explore much of the Curonian Spit in a single day. Head to the Old Ferry Port by the Perkela Museum, and hop on the quick ferry across to Smiltyne, located at the northern end of the spit. The ferry timetable is seasonal, but during summer they run every 30 minutes from 7:00am. All tickets are return fares and cost 1€ for passengers.

From here, walk to the bus stop directly in front of the ferry terminal and make the 1.5-hour bus ride south to Nida, the largest town on the spit. Buses run roughly every 2 hours, with fares costing 4€ each way.

Nestled on the lagoon created by the spit, Nida is a delightful little fishing village of quaint half-timbered houses and blossoming gardens. Like much of the Curonian Spit, Nida was closed off until Lithuania regained independence but has since flourished as a popular seaside getaway. Spend an hour or so exploring this charming little fishing town and its waterfront.

Next, walk south along the lagoon’s edge towards the looming Parnidis Dune. Part of the Great Dune Ridge, this shifting dune is 67 metres high and able to be climbed. Those who venture to the top are rewarded with stunning views of Nida to the north, vast forest to the west and the Russian territories to the south.

Return to Nida for lunch before catching the bus back up to Smiltyne. Visit the authentic, no-frills café Kepykla Gardumėlis on the edge of town to sample its delicious, traditional pastries and cakes. Those looking to relax should set up on the endless stretch of beach and enjoy the mild Baltic sun. The Baltic surf is typically quite calm, but swimmers should expect super-chilly water temperatures.

Alternatively, visitors seeking more action can hike along the vast network of forest trails that extend right across the spit. It’s important to allow plenty of time to reach the Smiltyne terminal in time to catch the last ferry back to Klaipėda, at 10:15pm (11:15pm Friday through Sunday).

Back in Klaipėda, enjoy the ambience and some typical Baltic cuisine in the cellar-based Stora Antis on Tiltu gatve. Operating for over 150 years, Stora Antis is regarded as one of the best places to eat in the Old Town. Try their excellent seafood or the truly Lithuanian zeppelin potato dumplings; don’t forget to enjoy the typical Baltic rye bread. The worldly wine list is not to be dismissed either.

Klaipėda appeals both to those looking to unearth a little more of Lithuania’s history and culture, as well as beachgoers and nature lovers.

As a Baltic city, Klaipėda is cold during winter but the Lithuanian summers are mild. This means June to September is the best time to visit — be aware the crowds on the Smiltyne Ferry are busiest on peak summer days.