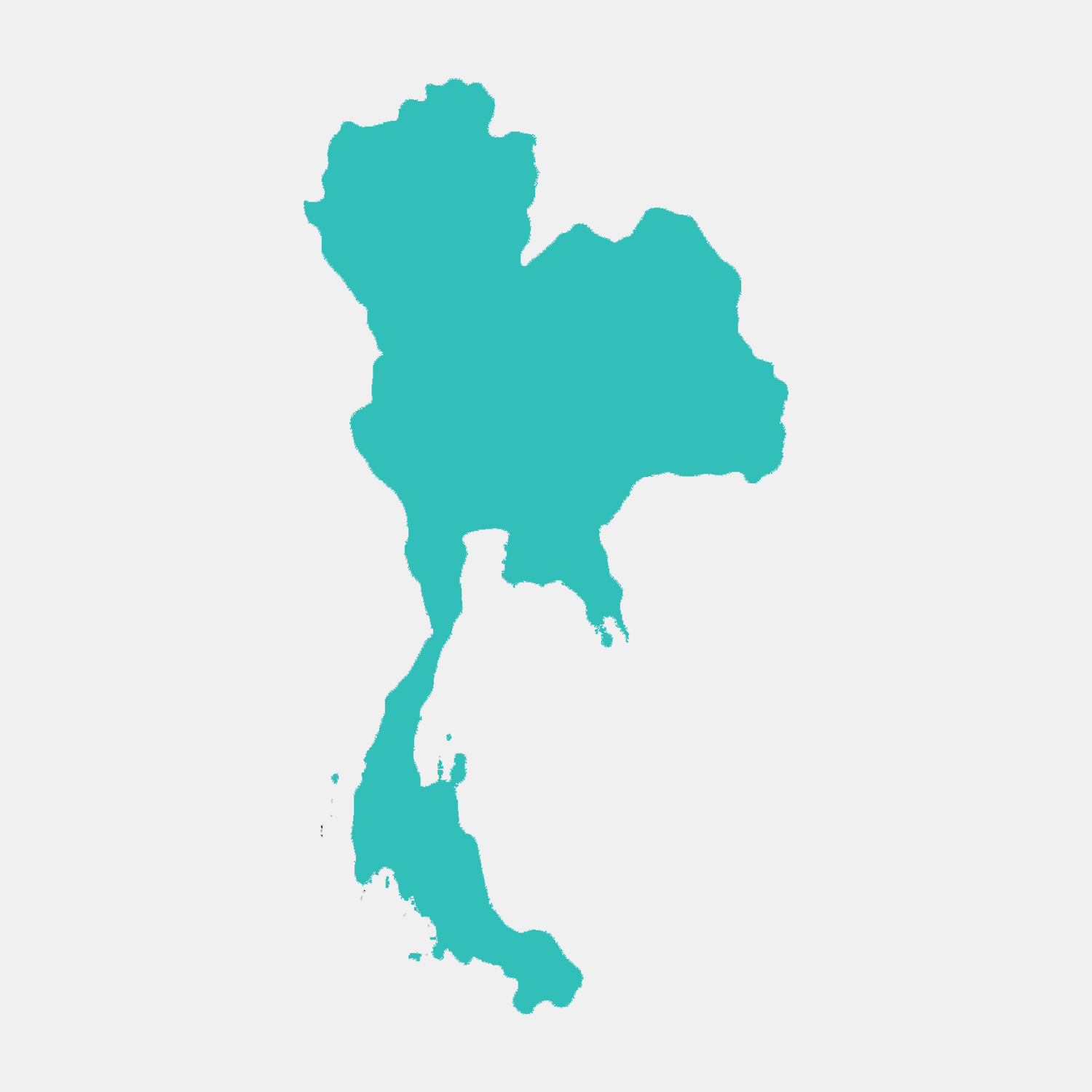 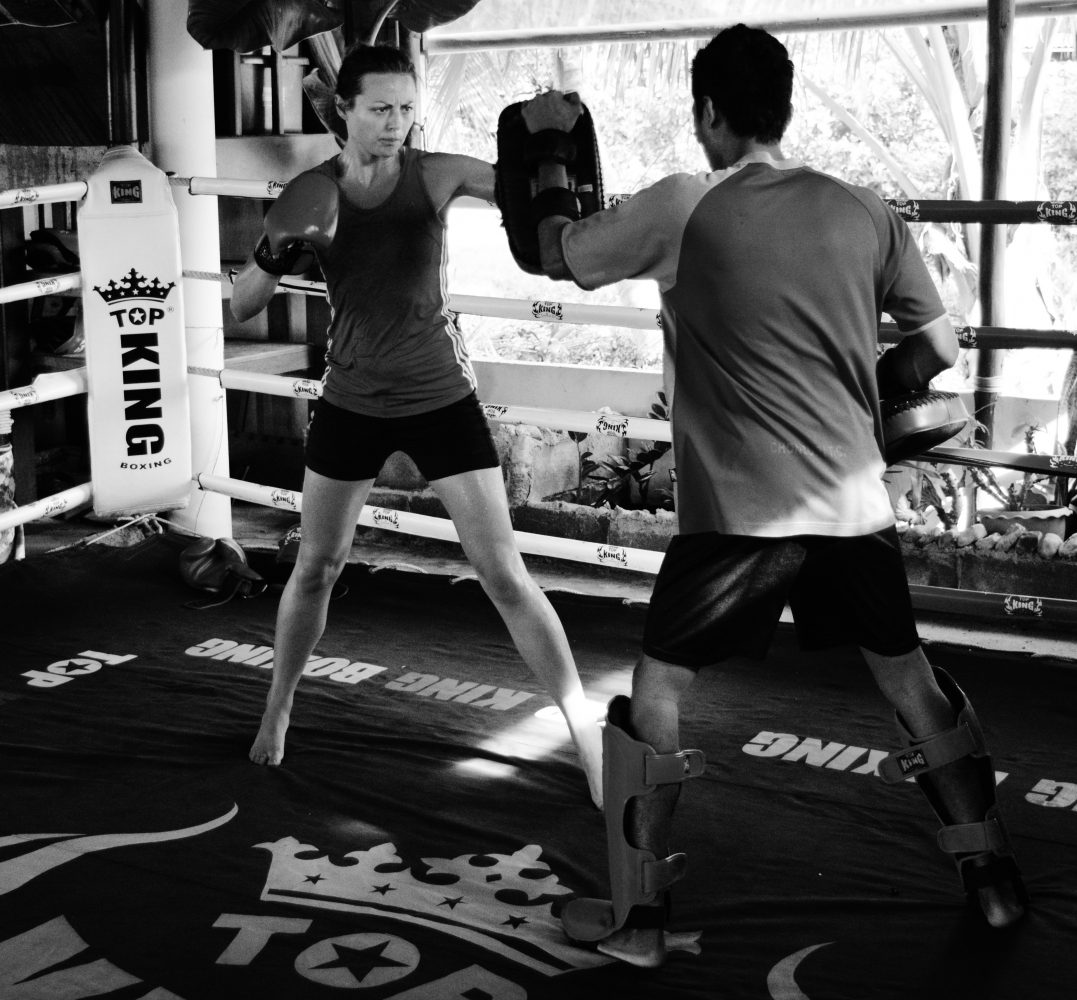 When I told friends and family that I was spending a month in Thailand learning Muay Thai kickboxing, their reactions varied from mild confusion (“You’re doing what?”) to downright alarm (“I know marathon runners that have collapsed and vomited while doing that training.”) Gulp.

Armed with little more than the vaguest notion of what was involved (does sporadic attendance at BodyCombat count?), my partner and I pitched up at Kyn Muay Thai Gym on Koh Yao Noi, an island in Southern Thailand’s Phang Nga Bay.

As a paragon of paradise, Koh Yao Noi doesn’t disappoint: it’s the smaller of two sister islands, with Yao Yai the larger and less populated of the two. Slap-bang in the middle of Phang Nga Bay and a thirty minute long-tail boat ride from either Phuket or Krabi — the nearest mainland towns — Yao Noi has just the right combination of civilisation and isolation, two factors that are increasingly hard to find in present-day Thailand. It’s the kind of place where scooter-riding locals offer lifts to tourists and every sunset is worthy of a photograph. Koh Yao Noi also boasts its own hospital, a reassuring thought for a pair of newbie Muay Thai trainees.

Kyn Muay Thai Gym is an intimate, family-run training and accommodation complex situated right on the beach. The gym itself, fully equipped with free weights and all necessary kickboxing paraphernalia, is a traditional Thai stilted structure that allows for the ebb and flow of the tide. Morning and afternoon training sessions are accompanied by the soft slapping of waves, or the roar of a sudden tropical downpour — nature beats the Rocky soundtrack any day.

Muay Thai, which translates as ‘Thai boxing’, is often referred to as ‘the art of eight limbs’. The strikes combine fists, elbows, knees and shins, resulting in eight possible points of contact, along with various grappling techniques. Having grown in popularity in the Western world, and forming part of the MMA (Mixed Martial Arts) hybrid, Muay Thai is considered to be one of the most effective forms of close-combat self-defence.

As with most martial arts, there is a spiritual, meditative aspect to the discipline. With Thailand being a largely Buddhist country, Muay Thai fights begin with the wai khru ram muay, a traditional warm-up dance where boxers invite a divine force to protect them, while bolstering their power and strength. The wai khru ram muay also allows the fighter to demonstrate respect for their trainer and hint at their prowess in the ring. But all of this can only be achieved if the fighter maintains deep concentration, relinquishing the physical body, and ‘dancing’ as if in a meditative state. All students of Muay Thai are encouraged to work towards this state of being and develop it through their daily training and sparring.

Short of living under the proverbial rock, it would be impossible not to have noticed the world’s growing obsession with ‘mindfulness’, which has its origins in Buddhism. Mindfulness is a form of meditation that encourages focus on the present moment, rather than the regrets of the past or the anxieties of the future. Since the 1997 publication of The Power of Now, Eckhart Tolle’s best-selling book presenting the practice in an accessible way, mindfulness has been on the tongue of everyone from Oprah to Deepak Chopra, and has been shown to be successful in the treatment of everything from anxiety and addiction to insomnia and chronic pain. This seems remarkable for what is essentially a passive process, but it highlights the mind-body connection in the management of illness and promotion of well-being. So what if mindfulness, with its meditative Buddhist origins, could play a role in my attempt at mastering ‘the art of eight limbs’? 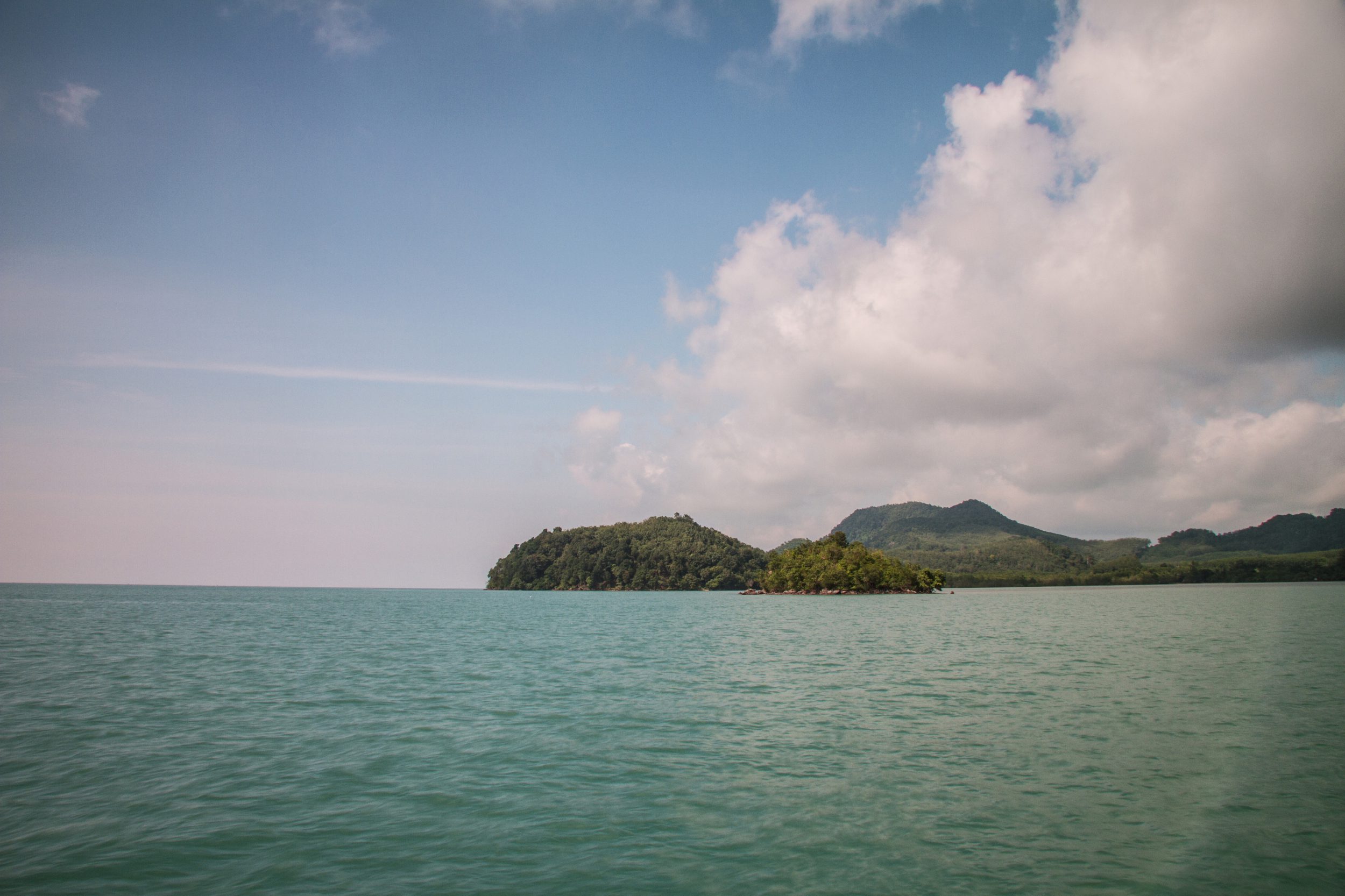 Until I began Muay Thai training, my understanding of mindfulness largely consisted of the repetition of my own exercise mantra. Whether I’ve been 5 minutes too long in Downward-Facing Dog, five front swings into a kettlebell workout, or 500 metres from finishing a 5 kilometre run, my mind has rattled off its own ticker-tape of breaking news: this will not kill you, you will not die from this. Whilst I am no quitter, this may be due to sheer doggedness, rather than the efficacy of my mantra.

Brimming with nervous anticipation as my mind kept returning to images of retching marathon runners, I began my first Muay Thai training session. Predictably, it did not go well. Although my fitness and strength was sound, my ability to listen-watch-execute the moves resembled that of an ice-skating octopus – unconvincing at best, laughable at worst. My partner remembers tears and remonstrations; all I remember is the ache of exhausted muscles and the sting of sweat in my eyes. The head trainer, Hlukhin (Thai for ‘stone’ – a nickname associated with both his stalwart shin bones and blunt verbal delivery of advice) ordered me off the punch bag: “You warm down. I don’t want you die.” Indeed.

When learning something new, my modus operandi has always been to reduce it to its constituent parts, repeating each step until I get it right: ‘practice makes perfect’, if you will. However, the Thai boxer simply does not have time for such a cerebral approach. Sam, a fellow trainee, explains: “As your opponent acts, you must instantly react; not from a place of thought, as this is too slow, but from the present moment where time has no meaning.”

With the high probability of being hit from any angle at any time, I very quickly learned that I could not afford to be distracted by my thoughts. If I was, a black eye or a fat lip would be imminent. Of course my mind wandered during each two-hour, twice-daily training session — fleeting moments of stillness and concentration giving way to thoughts vacillating between exhaustion and euphoria. Mindfulness teaches us to accept our thoughts in a non-judgemental way, disengaging from the voice in our heads in order to experience peace, clarity and alertness. But how could I learn to ignore the negative chatterbox within, in order to succeed in this discipline?

Therein lies the key. Muay Thai involves rigorous, relentless training. It is not something one can learn overnight. Every time a boxer is in the ring, they must have the discipline to focus on the present moment or they will be jolted back regardless, their opponent raining down a succession of blows and bone-cracking kicks just as they lose concentration. A source of much amusement at first, my trainers’ advice to “re-laax” and move “quick, but no hurry”, eventually became clear: one cannot fight with tension and rash haste, but must conserve the mental and physical energy required for explosive power and precision. 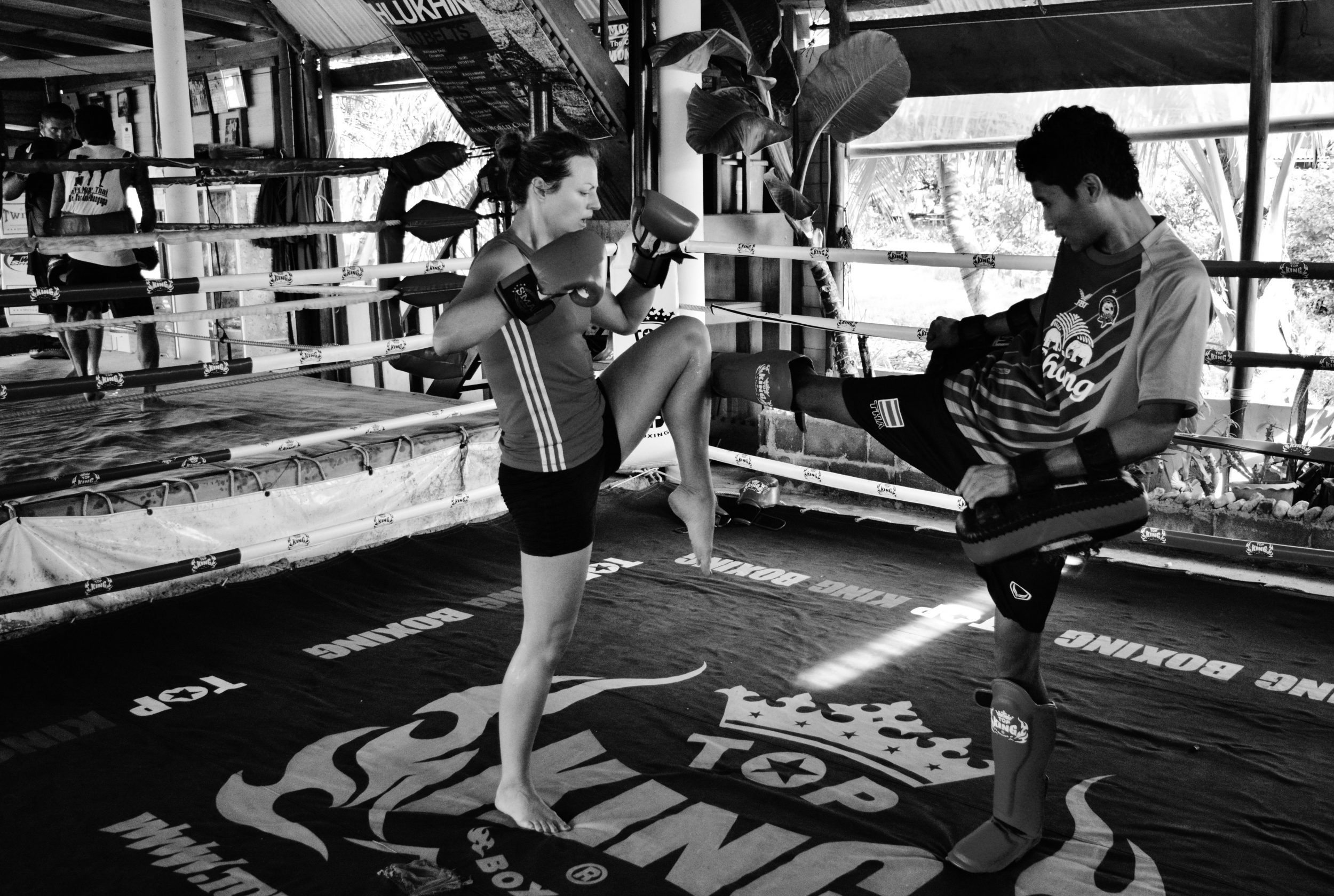 Continuous, circular thought is pointless when each competitive fight (for females) consists of five two-minute high-intensity rounds. Ronnie, another trainee, feels that when it’s right, “it’s like finally my mind and physical body are unified… you don’t think before you act, you do both at the same time.” For me, the more comfortable I became with the physical execution of the punches and kicks, the more I was able to react with subconscious awareness and (almost) effortless anticipation of what was required to destabilise my sparring partner. Although I didn’t, and probably never will fight competitively, the principle remains the same for all training and sparring.

It is also worth considering the connection between mindfulness and belief. Despite the deep Buddhist connection in Muay Thai and the spiritual significance of the wai khru ram muay, there is something here for even the fiercest atheist or agnostic to believe in: the self. Nothing new can be learned without having confidence in one’s own ability. My confidence flourished during my month-long training, and it’s no surprise that the improvement in my technical ability coincided with my growing self-belief. For fellow trainee Bryan, self-belief is at the crux of his Muay Thai odyssey: “I wasn’t raised religious, but now as an adult I think of it [spirituality] as believing in yourself. Training is my spirituality.” Any Thai boxer, and in fact, any athlete will confirm that that belief — in whatever form — is crucial to their performance.

In recent years, the proliferation of psychologists working with sports teams and athletes certainly indicates the importance of mental training, as well as physical, to improve performance. Clinical psychologists Frank Gardner and Zella Moore, drawing on their extensive work with professional sports teams, developed the Mindfulness-Acceptance-Commitment (MAC) approach as a way to enhance athletic performance. Their 2004 model incorporates the core mindfulness principle of present-moment awareness, but focuses on techniques to encourage athletes to accept – rather than control – their thoughts and emotions, all the while paying acute attention to the behaviours needed to achieve performance goals.

Theoretically, this all seems straightforward for professionals with round-the-clock coaching, but how does it translate for the average gym goer, weekend jogger, or Tuesday night netballer? Anyone can apply the MAC approach, along with a dose of self-belief. In essence it is about the following: concentrate on what we’re doing right now, not what happened in the first half, or needs to happen in the second. Acknowledge that in the time since we last set foot in the gym a whole new exercise phenomenon has taken over, but forgive ourselves for the hiatus. Remind ourselves that when out running, one foot in front of the other is the best, and indeed the only way to get home.

It’s also useful to remind ourselves that what we’re doing isn’t going to kill us — although our opponent might. Mindfulness: as in life, so in martial arts.

Published on June 24, 2016
Country: Thailand ›
Tags: Asia, Sports, Thailand, Mindfulness, Martial Arts, The Health & Wellness Clinic
Comments
You May Also Like
Stories
A Kiwi Camps Out in Mongolia
Stories
To Cappadocia with the Locals
Stories
Ecotourism in the Mountains of Timor-Leste