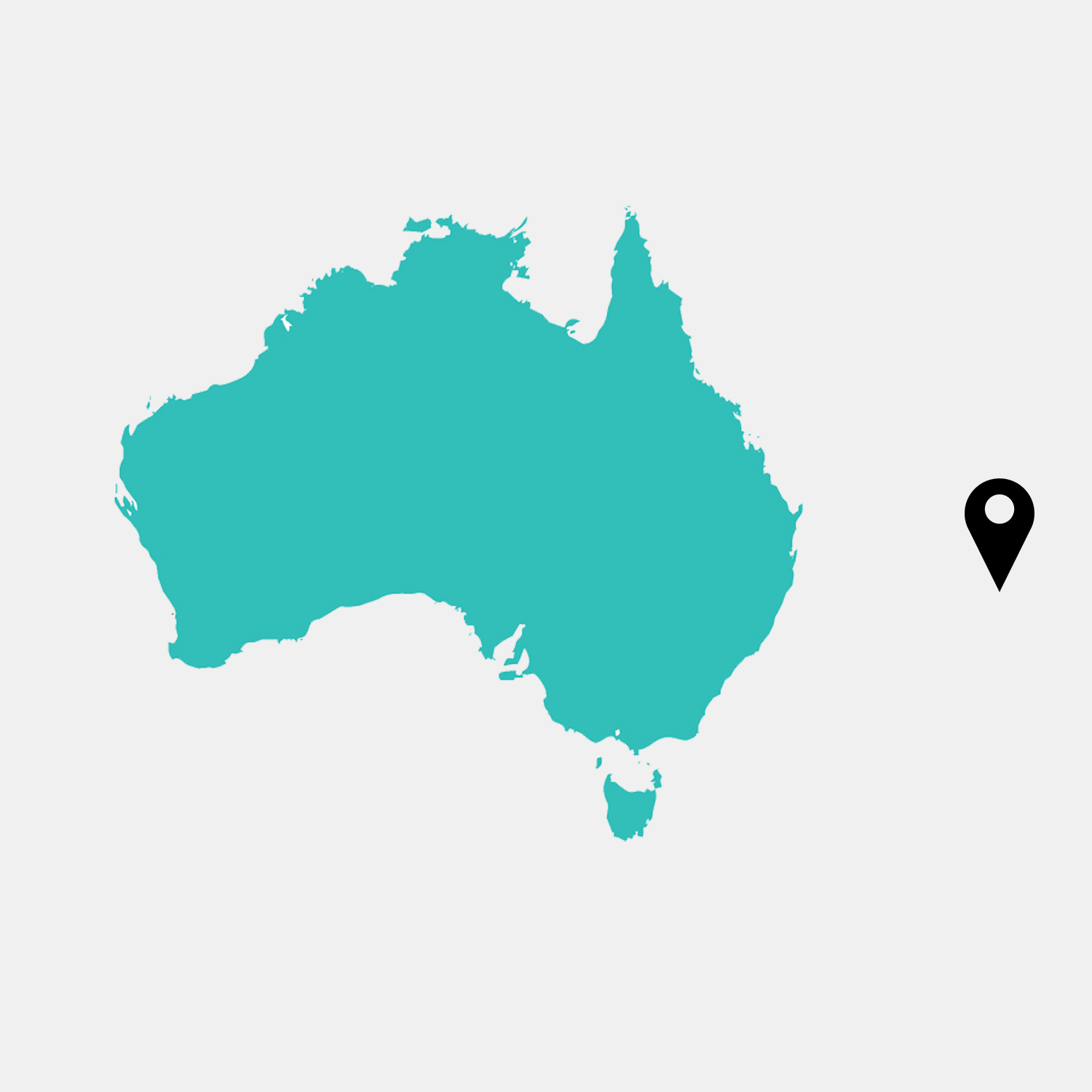 My morning stroll takes me past old ruins, pine trees and tranquil turquoise waters. In town I browse Irish linen, Venetian glass and English china, buying goods with unhurried pleasure. No traffic lights, no public transport, no congestion here. Evening falls, I enjoy fresh seafood and local wine, bantering with the locals as if I’d known them forever. So where in the world am I, to be able to enjoy all this in just one day?

Norfolk Island — where history, nature, culture and hospitality come together on one tiny island in the Pacific Ocean. Isolated, yet so in touch with the world.

I’ve not been anywhere quite like Norfolk Island; so small in size (8 kilometres by 5 kilometres) yet so immense in magnificence. Only a handful of flights operate each week and it’s just 90 minutes from Auckland and less than three hours from Brisbane or Sydney. This three-million-year-old volcanic mass rising from the ocean is the underrated gem of the Pacific.

Originally settled by Polynesians and discovered by Captain Cook in 1774, it was handed to Australia in 1914 by the UK. Self governed from 1979 it is again, as of July 2016, subject to Australian Commonwealth legislation — a change introduced to address issues of sustainability, which doesn’t make everyone happy.

When the airstrip, constructed to refuel aircraft during the Second World War, was converted into a commercial airport, it brought in the tourists and opened up a whole new realm of employment for the islanders. Initially gaining a curious reputation for being a rather dull destination for “newly weds and the nearly dead”, the truth is, its temperate climate and untapped beauty make it a truly unique destination.

A Dark and Troubled Past

The historical area of Kingston served as a penal settlement twice between 1788 and 1955, the ruins of which are fascinating and eerie. Walking amongst the ruins, there’s a lingering sense of malevolence and dark history. The elegant Georgian buildings of Kingston were built by the convicts, nowadays a peaceful World Heritage listed area. The Bounty Folk Museum is full of stories and artefacts that took my emotions on a real ride and the picturesque cemetery whispers of young lives lost; a truly beautiful setting that I found hard to leave, even though its essence is rather harrowing.

Some of us are familiar with the infamous story of the Bounty Mutiny of 1789 when Fletcher Christian and his fellow crewmen seized control of Captain Bligh’s Royal Navy vessel in the South Pacific. Having set Bligh and his men adrift in an open boat, the mutineers set sail for Tahiti and then Pitcairn Island, where they settled.

After a tumultuous time on Pitcairn, where most of the original group died or were murdered, their descendants eventually settled on Norfolk Island in 1856, after it was gifted to them by Queen Victoria. Whaling was their main source of income and abandoned old lighter boats have quite literally grown into their surroundings making for great photo opportunities.

The surnames of Christian, Quintal, Adams and Nobbs (and others from the mutiny days) are commonplace, causing some confusion over residents’ identity. To overcome this, the phonebook lists people by nicknames — not only a sensible solution, but guaranteed to put a smile one’s face. Beef, Cane Toad, Carrots, Duck, Lettuce Leaf, Moose, Mutty… it’s a read in itself. What’s not to love about something as endearing as this?

My friend Marilyn is a direct descendant of Matthew Quintal, original mutineer. By all accounts a stocky man and a bit of an enterprising renegade, he overcame the many hardships that befell him. However, having survived the severity of life on Pitcairn, as well as two keelhaulings (most people either drowned or were torn to shreds), he was eventually murdered by two fellow mutineers after a drunken rampage. What becomes apparent, when talking with Marilyn, is how strongly this resilient spirit runs through her family. Having a conscious connection with one’s robust English-Tahitian heritage must also facilitate this inner strength of character.

Norfolk Islanders certainly know how to acknowledge their history and Bounty Day — celebrated each year on June 8 to honour the arrival of the Pitcairn Islanders — is a big deal. The 360-degree Cyclorama, an incredibly realistic circular painting, also brings the island’s history to life. Having taken two years to create, it’s a large and exceptionally detailed artwork with amazing 3D perspective. Music and sound effects complete the remarkable illusion and I felt like I was right there on this unique journey through history. The talented artists who were commissioned to create the Cyclorama have strong connections with the island and have also designed many of the island’s stamps, each one a perfect work of art in its own right and highly sought after by philatelists around the world.

Deciding where to dine on Norfolk Island is no easy task, with many excellent restaurants and cafés run by top-class chefs. A special addition to any menu is a Norfolk Blue steak — from a breed of cattle that’s found exclusively on the island. Virtually all fruit and vegetable produce is grown and picked here and the abundance of fresh seafood and local artisan products make for a spread that’s hard to beat. The annual Food Festival, held at the end of November, gives visitors an opportunity to try the local fare in a variety of special settings.

For something completely different, the Progressive Dinner is a unique island experience, taking visitors into three different island homes, for entrée, main and dessert respectively. The hosting duties are spread amongst the community and, because there is no tourist overload here, it never becomes stale. Each host’s individual character shines through, with a large dose of repartee and humour. Guaranteed great food (the coconut bread being delicious), loads of laughs and an unforgettable experience. I did two of these evenings, each completely different, both fabulous.

Most of the island’s offerings are both quirky and exclusive, including Wonderland by Night — a chance to wander through ten acres of Norfolk pines and bushland in the dark, as poems are recited and all manner of diorama light up like an enchanted forest. It makes for a charming and highly unusual experience.

Experience life as a convict, go on a ghost tour through the Kingston ruins, take in the views from the top of Mt Pitt, meander through beautiful gardens. Enjoy fishing (they call it catching), kayaking, snorkelling, archery, palm forests, farmers markets, galleries, colonial architecture, a mission church, four-wheel-drive treks, nature reserves, bushwalks galore and even a vineyard. Visit the Captain Cook Memorial, hang out at a music festival or sporting carnival. Spot the locals on bikes with surfboards tucked under their arms, off to secret surf breaks. Professional surfers deem this one of the most unspoiled surf destinations in the world.

To get about, a hire car is essential. The quiet roads weave their way around the island, many unsealed. Be sure to do the ‘Norfolk Wave’ — a casual lifting of your right index finger — when passing an oncoming car. It quickly becomes habit and I even found myself doing it instinctively once I returned home. A gesture that might generate odd looks elsewhere, but in Norfolk Island it’s a charming, grin-inducing, must-do custom that even the cows seem to enjoy.

English is the main language, but Norfuk is also spoken, with Watawieh being the local greeting. It rolls off the tongue quite naturally after a day on the island. A blend of 18th century English and Tahitian, Norfuk is oddly described as a creole language and is in some danger of dying out. Thankfully, in an effort to retain it, some tourist attractions are being renamed in Norfuk.

Having transitioned itself from paradise to hell-hole and back to paradise again, Norfolk Island is a place of sophistication and style with a charming rustic edge. The people are entrepreneurial and immensely hospitable and a week is only just long enough to scratch the surface.

The island’s promotional tagline is ‘360-degrees of Wonder’ — an accurate description of a place that ticks every box.