“Shall I wear boots?” asks my boyfriend as we’re packing the car. “Definitely — it’ll be muddy,” I reply. We’re driving towards the Menin Gate in Ypres, Belgium. It marks the route by which all British and Allied soldiers marched out of town towards the Western Front during the First World War. 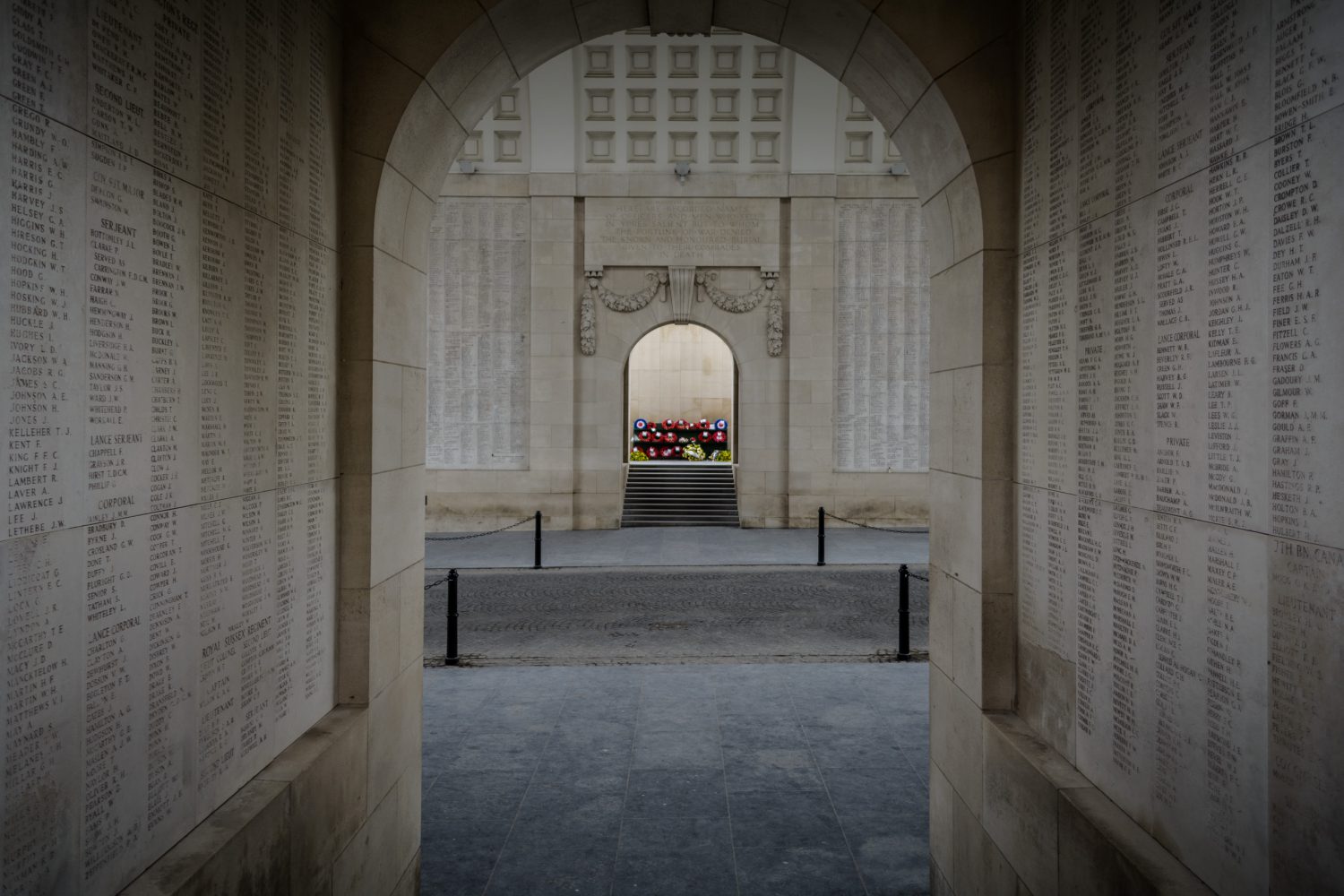 I’ve stood beneath its hulking mass dozens of times, but familiarity doesn’t diminish the impact of seeing the 54,896 names of fallen soldiers inscribed into its walls. And yet, not until now have I noticed the engraved stone on the inside of the left pillar. A delicate fern leaf above a plaque dedicated to: “The 2384 soldiers of the New Zealand Expeditionary Force who fell in the Ypres Salient and who have no known grave.” It was time to learn more about the 100,000 New Zealand soldiers who fought in the war here in Belgium, so we return to the car and go in search of tributes to our allies.

Helping me locate the sites is the new Ngā Tapuwae Western Front Trail app I’ve downloaded onto my iPad. It directs us towards the Passchendaele start line, where New Zealanders and Australians fought to reach high ground in the Third Battle of Ypres. The spot is in the most unlikely of places: beside De Oude Kaasmakerij (The Old Cheese Factory).

The wind whips my hair around my face as I consult the map board overlooking the gently rolling farmlands before us, envisioning the wet mud, dead horses and water-filled craters the men struggled through.
The next marker on the map directs us to Tyne Cot Cemetery. We walk towards the back, where a curved wall — the New Zealand Memorial to the Missing — is inscribed with 1200 names. The app’s narrator draws my eye to three instances of the surname ‘Newlove’ listed in the stone. They were three brothers killed within 8 days of each other. Humbled, we stand in silence, listening to the chirping of birds carrying on the wind.
“Where to now?” asks my boyfriend, so I pull out the iPad and select the next trail: Polygon Wood.

Off we drive, north towards Buttes New British Cemetery where we climb the steps towards the 5th Australian Division Memorial. At the instruction of the app, we look out over the cemetery, our backs to the monument, and press play. The narrator tells us that the grassy hill we’re standing on is in fact a huge bunker complex where, in the winter of 1917–18, hundreds of New Zealanders lived in 8-day rotations in cramped corridors; that the fledgling trees of Polygon Wood in front of us was, in 1917, “not a wood at all… but a stinking morass of shell craters… [amid] a greasy sea of mud.” As he reads soldiers’ diary entries, we can almost picture the courageous and fear-riddled men running down the duckboard paths, past splintered stumps of trees, to refill sandbags and repair trenches.

I push my cold hands deeper into my pockets and tuck my chin into the lapel of my coat, thankful for the warmth of the car as we set off towards Polderhoek Chateau, where New Zealanders attacked a German strongpoint. Here, fixed to a squat brick chimney, is a plaque commemorating Private Henry James Nicholas. He was awarded the Victoria Cross for storming a German bunker, killing twelve and wounding another four. It was on December 3 — my birthday.

We follow the narrow lanes through the town of Mesen, or Messines, down Nieuw-Zealanderstraat and pull up outside the New Zealand Memorial. The limestone monument — pointing skyward like a white sword defiantly held aloft — is dedicated to those who fought in the Battle of Messines in June 1917. It stands on sought-after high ground occupied by the Germans, as evidenced by two crumbling German bunkers at the far ends of the garden. The Flemish countryside, now carved into squares by fences, sits below us and we pick out strategic points such as Hill 63 and Ploegsteert — our next stop.

Here we find Hyde Park Corner, a blink-and-you’ll-miss-it junction where the lone Café des Touristes sits in the shadow of a small hill. Known as the ‘Catacombes’, this unassuming hillock was laced with tunnels that could shelter New Zealand ‘Diggers’ awaiting their turn at the front line. To get an idea of what they might have looked like, we head down the road to Plugstreet 14–18 Museum where, inside, I find a Ngā Tapuwae glass cube with a diorama of the snug underground complex complete with bunk beds and soldiers playing cards.

With the light fading, there’s just enough time for a final stop. Without so much as a passport check, we dash across the France–Belgium border to Cite Bonjean Cemetery on the outskirts of Armentières. The setting sun catches the tops of the graves that stand back-to-back like brothers in arms. We have the place to ourselves and it makes the moment all the more poignant. The app has been on hand like a private tour guide, but with the added bonus that we could switch off the commentary at any time and just soak up the history of the place.

Along the trail, I’d wondered what Ngā Tapuwae meant and apparently, it’s Māori for ‘the footsteps’. Although I don’t hail from New Zealand, I’ve certainly learned a lot spending the day walking in these soldiers’ shoes — or should I say, boots.