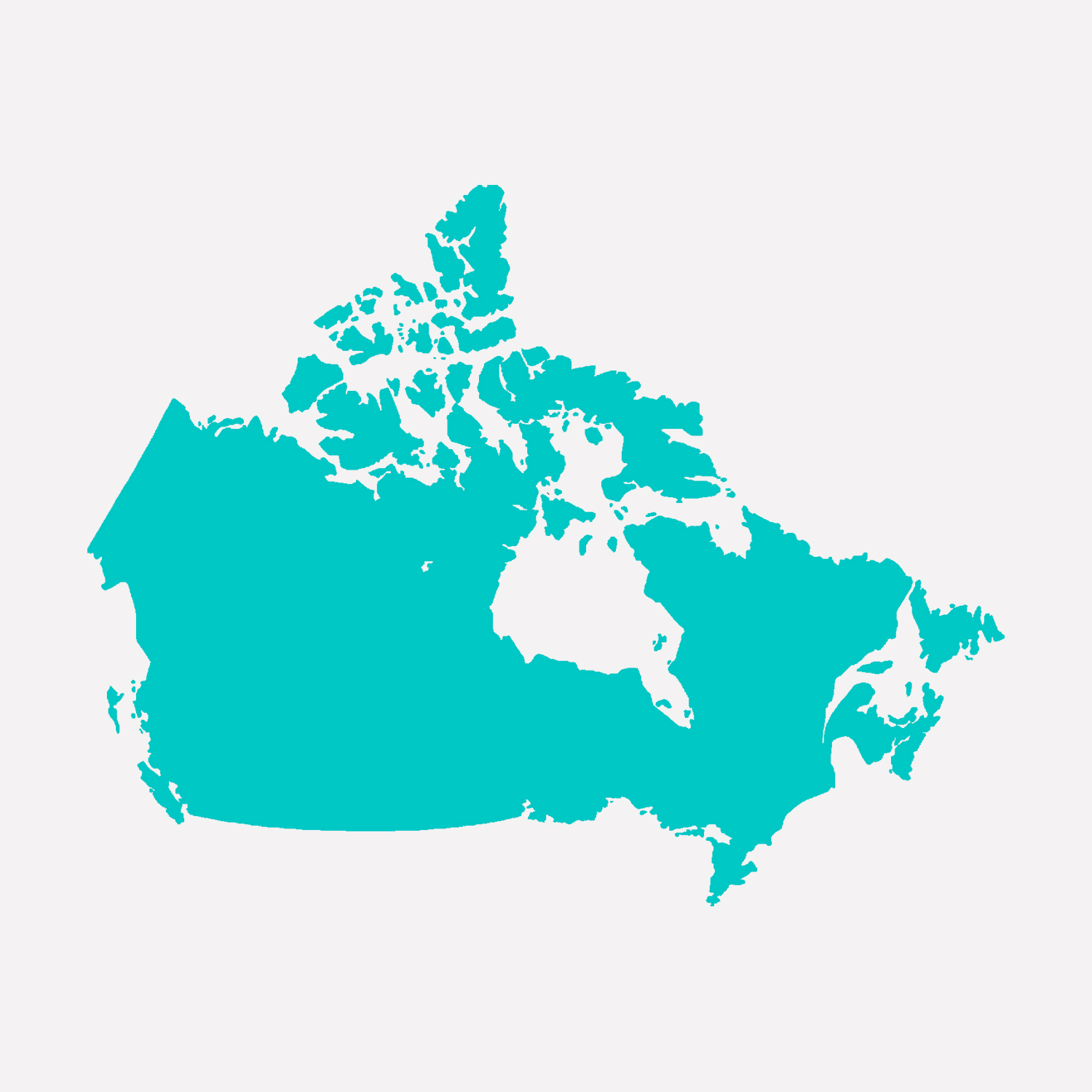 With a plodding movement that’s lumbering and elegant all at once, the polar bear traces its way down a finger of partially submerged land, its nose in the air, the late afternoon light shimmering off the wet stones beneath its massive paws.

Save for the gentle lapping of water against the zodiac’s hull and the cicada-like symphony of camera shutters, there is silence — none of us are even breathing as we soak in this blissfully close encounter. The adolescent male has done the opposite of what polar bears usually do when they encounter camera-toting travellers in Canada’s high arctic, and has stuck around to have a sniff of the frigid late summer air, giving our group, just feet away, the odd curious glance between nibbles of the countless beluga whale skeletons that litter beautiful Cunningham Inlet.

Northern Canada has been on my bucket list since I was a child, when I would gaze up at a schoolroom map on which the Canadian Arctic Archipelago, a sprawl of more than 36,000 islands, was so dominant, so distant, so exotic. It seems I wasn’t the only one; the Northwest Passage, a 1500-kilometre shortcut between Europe and Asia across the roof of North America has fascinated explorers for centuries, with many losing their lives in its pursuit. Only in the past decade has melting ice opened a seasonal window during which ships might pass through unscathed, but despite an increasing number of cruise ships bound for the high arctic heralding in a tentative new era for the Passage, its dangers remain poignant.

I’m attempting the journey with Canadian polar junkies OneOcean, who offer two Northwest Passage sailings annually on their stout Russian research vessel Akademik Ioffe. It’s a route that draws intrepid travellers for many reasons: there are avid birders hoping to spy red-throated loons, cackling geese and gyrfalcons; there are expedition cruisers who have ventured to the likes of Antarctica and Spitsbergen and are ticking the emerging route off their own lists; and there are history fans inspired by recent discoveries that have brought the Passage’s rich history to life once again.

Explorers have been searching for the Northwest Passage since Italian navigator John Cabot first attempted the journey in 1497, with Norwegian polar pioneer Roald Amundsen finally succeeding four centuries later. Since that first successful passage in 1906 there have been less than 250 transits (of which only 50 were operated by cruise vessels), with the majority taking place in the nine years since an ‘ice free’ summer window was created by global warming. Despite the reduction of sea ice, the Northwest Passage remains a treacherous undertaking; in 2010 it took 40 hours to evacuate 120 passengers from the grounded Clipper Adventurer and passengers on the luxurious Crystal Serenity, which transited the Passage in August, were reportedly required to take out US$50,000 evacuation insurance policies. Less a defined route than a myriad of possible waterways, of which less than 10 per cent are charted, a cruise through the Northwest Passage today is as much an adventure as it was under sail.

However, there’s a big difference between watching the desolately beautiful landscapes of Nunavut, the newest, largest, northernmost, and least populous territory of Canada, drift by while you wait for your sommelier to decide on a chardonnay, and actually tackling the destination like so many explorers past.

My fellow travellers and I had joined the 98-passenger Akademik Ioffe in Cambridge Bay, a tiny hamlet on Victoria Island that’s a common departure point for research vessels delving into the Arctic Ocean. In many ways, Cambridge Bay, with a population of just 2000, spans eras of Arctic exploration. In the inlet, the timber and iron remains of The Maud, Amundsen’s ship from his second Arctic expedition, have been returned to the surface as part of a multimillion dollar salvage effort. Her blackened hull is a stark contrast to the low-slung buildings of the new state-of-the-art Canadian High Arctic Research Station, which has brought jobs and opportunities to this tiny, remote, weigh station.

After a welcome from village elders we set sail southeast into Queen Maud Sound and our attempt at the Northwest Passage began. The Akademik Ioffe may not have a signature spa or room service but she is perfectly suited for exploring the high Arctic. Leased by OneOcean from Russian’s Shirshov Institute of Oceanology, the Ioffe boasts an ice-rated hull, comfortable ensuite cabins, a central dining room and bar, a sauna and presentation theatre, and for the more intrepid, a rooftop Jacuzzi. My cabin has everything I need and nothing I don’t, with plenty of storage, a comfortable single cot, and a shy cabin attendant who giggles at my stumbling Russian.

At the core of any OneOcean expedition is education. The ship is run by a Russian crew but a full complement of guides and naturalists bring the destination to life with regular lectures and daily excursions, zodiac cruises and kayaking itineraries. Our guides include the ever smiling Atuat Shouldice, an Inuit guide and environmental inspector from Rankin; David Begg, a New Zealand mountain guide; and Katie Murray, a Scottish historian with a serious crush on Sir John Franklin.

In Franklin’s ill-fated 1845 expedition, his two ships and 129 crew disappeared. The Franklin Expedition’s demise has remained one of the most fascinating Arctic mysteries, baffling historians and researchers until September 2014, when the Victoria Strait Expedition, a modern-day search party that included the Akademik Ioffe, discovered Franklin’s HMS Erebus submerged west of O’Reilly Island in Queen Maud Gulf. It was a major historic discovery, and one bolstered by the discovery this September of its sister ship, HMS Terror. Now all eyes are on the Northwest Passage and the secrets these ships may reveal.

After our close encounter with the polar bears of Cunningham Bay we trail shy beluga whale pods back to the ship as the low-slung sun casts the clouds in a warm amber hue, rays of golden light occasionally penetrating the canopy with captivating effect. Cruising Bellot Strait the next morning, passengers brave wicked winds on the bridge wings in search of musk oxen, ivory and herring gulls, and arctic foxes. The Akademik Ioffe has an open bridge policy, allowing guests the chance to watch the Russian crew in action as we navigate this 25-kilometre, wafer-thin waterway between Somerset Island and the Boothia Peninsula, passing Zenith Point, the northernmost tip of mainland North America.

After cruising Prince Regent Inlet we cross Parry Sound and reach Beechey Island, a comparatively tiny islet at the southern tip of Devon Island, the largest uninhabited island in the world. Beechey is an important destination on the itinerary; first visited by European explorers in 1819, this is where Franklin and his crew wintered in 1845-46 before disappearing. Remnants of his camp, which was not discovered until 1851, include the three gravestones of crew who didn’t survive the harsh winter, the monuments alone and stark on a vast stony beachhead, a solemn reminder of the cost of Arctic exploration. Researchers believe many of Franklin’s men died from lead poisoning, either from the lead-soldered tins of provisions or from the ship’s water distillation system, although there are more macabre tales of cannibalism and treachery at the end of the earth. As the wind whips across a natural breakwater between Lancaster Sound and Wellington Channel, arctic terns gliding on the stiffening breeze, expedition leader Boris Wise cracks open a bottle of whisky and we toast to the explorers who sought to tame this lonely land so far from home.

We encounter our first real ice in Croker Bay as we follow the southern coast of Devon Island, a scene so devoid of life it’s used as a simulation of Mars by NASA. The northern most point of our cruise, Croker Bay is home to two towering glaciers, their jagged faces pockmarked with caves that reveal a shimmering aqua blue interior. We give way to a massive herd of harp seals before cruising the zodiacs close enough to the glaciers to hear the ice creak and groan. Katie picks up on our competitive streak and motors to our northern most point of the journey to a whoop from her charges. We’re rewarded when the ship’s bartenders arrive dressed as ‘arctic penguins’ with mugs of spiked hot chocolate.

The Arctic weather starts to flex its muscles that afternoon and we’re forced to view from afar the abandoned Royal Canadian Mounted Police barracks at Dundas Harbour, where unlucky recruits would be marooned for two years at a time. As ocean swells heave the ship to and fro, a pair of arctic wolves watch us from shore, two white dots on an expansive coffee-coloured landscape of rocky peaks. The OneOcean team takes the change in itinerary in its stride and the captain sails us into Navy Board Inlet, which is protected by the towering peaks of Baffin Island to the west and Bylot Island to the east. On the cusp of Eclipse Sound we land at Low Point, hiking to the top of a lichen-encrusted hill that offers brilliant views down to a grounded iceberg the size of an office block, which glistens and shimmers in the late afternoon sun.

As we emerge from Pond Inlet our transit through the Northwest Passage is at an end and we sail south down the east coast of Baffin Island, one of the most sought after destinations in the Canadian Arctic thanks to its spectacular coastal scenery, which includes the aptly-named Sunshine Fjord, where towering rock faces plummet to mirror-calm waters kissed by a surprisingly intense late summer sun. We spot rare bowhead whales as we cross Isabella Bay, a protected whale sanctuary, arriving in the calm waters of Cumberland Sound, where a Hudson’s Bay Company whaling station has blossomed into the picturesque Inuit settlement of Pangnirtung.

It’s a fitting finish to our expedition as we share artic heather-smoked tea with guides from the tiny hamlet. For the Inuit, who have learned to endure the Arctic’s temperaments, the Northwest Passage is a bountiful landscape, and one they are now prepared to share with the curious world beyond.