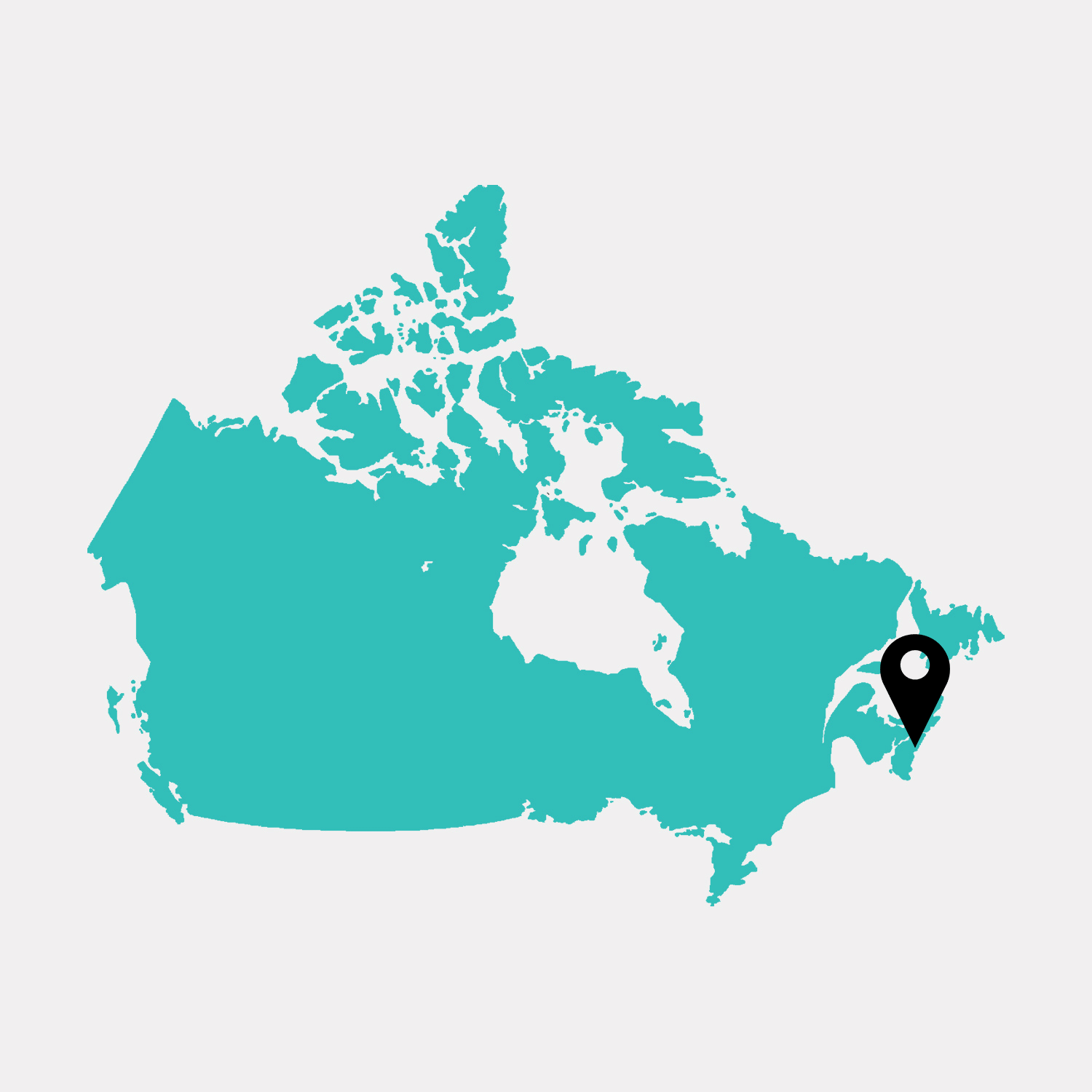 Sightseeing by motor coach has never been my thing. So, with a sense of trepidation, I boarded a bus crammed with tourists setting off on a one-day tour of the stunning coastline and sights around Halifax, Nova Scotia.

This was a port of call on a 14-day Celebrity Cruises New England to Canada itinerary I was taking with my husband. With only nine hours of shore leave, the multiple-stop coach tour was the most expedient way of experiencing the region’s spectacular natural beauty and rich maritime history.

I soon realised this form of sightseeing offered a distinct advantage over travelling solo. Knowledgeable tour guides provided a non-stop commentary of background information and historical and fun facts about the area. With pen in hand, I scribbled away noting tidbits of trivia (there are 175 lighthouses in Nova Scotia and a staggering 75 varieties of maple trees grow in the province), as the bus snaked along Route 333 through scenic countryside brimming with sparkling lakes and quaint fishing villages.

After an hour or so, the coach pulled into picturesque Peggy’s Cove. For a tiny fishing community with less than 35 permanent residents, Peggy’s Cove packs a big punch. Its rugged landscape of wave-washed boulders, charming colourful houses and the famous Peggy’s Point lighthouse attract more than 500,000 visitors to the region each year.

A handful of the current families have roots going back to the village’s early settlers. At the beginning of the 19th century, six fishermen and their families took advantage of a land grant from King George III and settled in the sheltered inlet in St. Margaret’s Bay, which became known as Peggy’s Cove.

The story of Peggy’s arrival in the cove is a dramatic tale of survival and romance. In the early 19th century, a woman named Margaret (nicknamed Peggy) survived a shipwreck off nearby Lighthouse Point and swam to shore. Margaret met and married a local man and remained in the area. She became somewhat of a folk hero and people in the surrounding communities would say, “Let’s go and see Peggy of Cove.”

While there is no historical evidence in the village of Peggy, a book by Ivan Fraser recounts her story in detail and artists have created visual expressions of this tale. A painting and a marble sculpture by Finnish artist William deGarthe are displayed in his gallery, which is located opposite the Visitor Information Centre. Outside the gallery, we paused to admire the artist’s magnificent 15-metre granite sculpture A Memorial to the Fishermen in which Peggy is also depicted.

A beacon for sailors and fisherman since it was first built in 1868, Peggy’s Point lighthouse is reputed to be the most photographed of Nova Scotia’s 175 lighthouses — it is undoubtedly one of the most attractive. With its postbox-red turret and luminous white tower set against a backdrop of breath-taking coastline and soaring seagulls, even amateur photographers can create postcard-quality shots of this lighthouse.

However, during peak season, it’s challenging to capture an image without dozens of enthusiastic photographers in the background. I moved away from the tourist masses and cautiously traversed the jagged rocks, avoiding the darker, slick areas and puddles and was rewarded with a picture-perfect shot, devoid of tourists.

Back in Halifax and eager to experience a taste of local life, my husband and I made our way to the trendy precinct adjacent to the waterfront.

Packed with eclectic shops and galleries, bars and restaurants, this historical area hums with tourists and locals, day and night. Amid the crowds, I was delighted to discover a naval dockyard clock perched on a pedestal. Manufactured in England at the end of the 18th century this clock is the last remaining architectural feature of the original Halifax Naval Dockyard and one of the oldest turret clocks in Canada.

Further along the waterfront, we joined a crowd of spectators captivated by a glassblowing demonstration by two artisans from the Nova Scotia Crystal Store. Opportunities for seeing this craft are rare, and The Nova Scotia Crystal Store is Canada’s only producer of mouth-blown, hand-cut crystal. Next door to the workshop a showroom displays a range of stunning finished pieces, from vases, stemware and bowls to spectacular decorative works of art — some complex pieces can take as long as three weeks to create.

The Maritime Museum of the Atlantic

With just a couple of hours remaining at this stop, we trotted across the bouncing sea bridge to one of the region’s unmissable attractions: The Maritime Museum of the Atlantic. Canada’s oldest and largest maritime museum, it’s the perfect place to be immersed in Nova Scotia’s rich maritime heritage.

More than 10,000 shipwrecks and lost vessels have been recorded in the waters surrounding Nova Scotia. The artifacts and displays in the Shipwrecked Treasure exhibit seek to explain why so many wrecks have occurred.

I particularly enjoyed reading the Scandinavian legend of the Kraken, a sea monster resembling an octopus that struck fear into the hearts of sailors during the 18th century.

By far, the most popular exhibit is Titanic: The Unsinkable Ship and Halifax. Located on the second floor of the museum, this-not-to-be-missed permanent exhibit uses genuine artifacts from the ship and personal stories to tell the story of the Titanic’s creation and its untimely demise — highlighting Halifax’s role in the tragedy. The exhibit commemorates the people who died during the tragedy on April 15, 1912 — many of whom are buried in Halifax.

Through viewing the Halifax Wrecked exhibit, I learned about another catastrophic event that occurred in Halifax Harbour a few years after the Titanic, during the First World War. A miscommunication between two ships anchored in the harbour — the French munitions ship, Mont-Blanc, and the Norwegian relief ship, Imo — resulted in a cataclysmic explosion killing more than 2000 sailors and civilians and injuring 9000 others. The blast wreaked havoc on the surrounding area reducing it to rubble.

Before leaving the museum, we popped into a charming, child-friendly exhibit that shines a light on the popular ‘80’s children’s television series Theodore Tugboat. The show was inspired by, and set in, Halifax Harbour and featured boats with individual personalities, interacting and solving problems in the harbour community.

To reach our final stop — the Halifax Citadel National Historic Site — I reluctantly climbed back onboard the bus. Like many other military posts, this magnificent star-shaped stone fortification is located on a hill and offers commanding views of the harbour where the Halifax Explosion occurred in 1917. I appreciated the opportunity to connect the information I had just learned in the museum with the actual site of the event.

I included the Citadel on my ‘to do’ list because I wanted to gain an understanding of Halifax’s role as a strategic North American defense port.

In 1749, the city became a base for the British Royal Navy. The Citadel (completed in the mid 19th Century) was one of a number of fortifications built to protect Halifax Harbour from land-based attacks. Even though Canada became a sovereign country in 1867, the British Army remained in Halifax until 1906 before finally handing the Citadel over to Canadian authorities.

During the first half of the 20th century, the condition of the Citadel declined into a state of disrepair. In the 1950s, ownership was transferred to Parks Canada and over the following decades, the Citadel was meticulously restored to its former glory.

While there wasn’t time to see all of the Citadel’s exhibits and attractions, I made a point of visiting the Army Museum. I was impressed with the intent of its curators to include a cross-section of the population in the exhibits — including minorities and women.

Unlike some other military museums that have docents answer questions and former soldiers perform military maneuvers, this museum pays student actors to dress up in traditional costumes and reenact the changing of the guard and the shooting of canons.

That evening, as our cruise ship pulled out of Halifax Harbour, my mind recalled the day’s high points. These images provided a memorable snapshot of how the region’s geography and the adjacent ocean shaped Halifax’s fishing communities, the shipping industry, and the British and Canadian military.