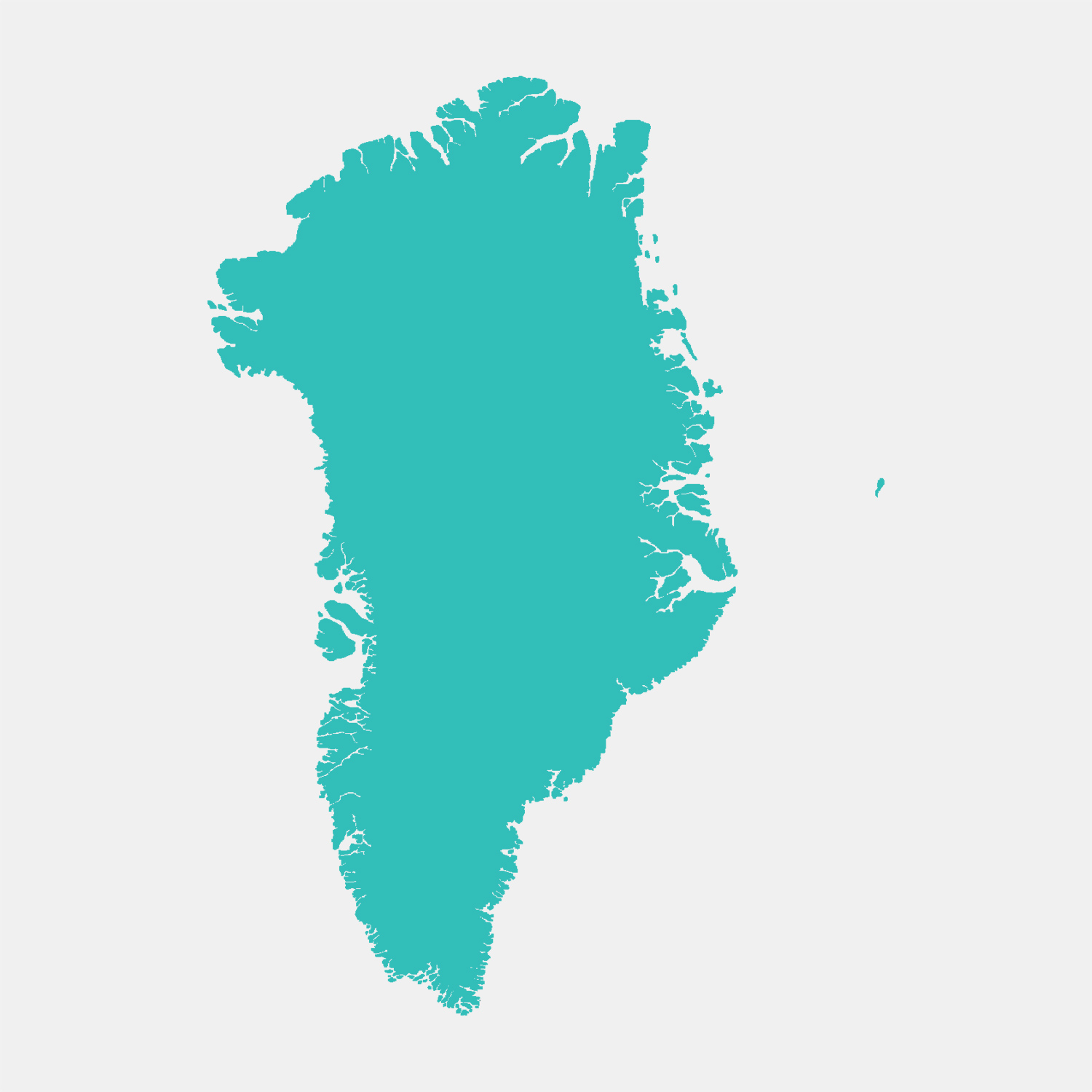 When I booked myself on an expedition to eastern Greenland, I had no idea what I had let myself in for, other than pure adventure and a chance to fulfil my dream of photographing icebergs.

When weighing up where to go —  Greenland or Antarctica — it came down to timing and logistics, with Greenland seeming the more accessible from my starting point of Auckland, New Zealand. Quark Expeditions offered a 13-day tour that launched from Reykjavik, Iceland, and a small ship that held just 58 passengers. I was uncertain whether I would be suited to life on board, this being my first adventure cruise experience.

On September 27, 2016, my tour companions and I departed from a small airfield in Reykjavik, Iceland and took a 90-minute charter flight to Constable Point, the town from where our ship would depart. The vast, flat wasteland below was soon interrupted by mountains to the northwest and below us were small white dots — icebergs — sunbathing beneath a clear blue sky. We dropped onto a dirt runway and were ushered into a utilitarian shed with 58 pairs of rubber waterproof boots neatly lined up in the sizes we had pre-ordered. I set off with the group on a 25-minute walk towards the ship, our guide carrying a rifle in case we encountered polar bears. Fortunately the sun was shining and the wind was sleeping.

Arriving at the slab of concrete that served as a boat ramp, I boarded one of the waiting zodiacs and within minutes was on board my vessel for the next 13 days, the Ocean Nova. My room was spacious and warm and the double porthole gave a panoramic view across the ocean. The 200- strong international crew gave the requisite safety briefings, and I was briefly introduced to our Russian Captain, who informed us that the bridge was open to passengers 24 hours a day. I was impressed by the ship’s spacious Panorama Lounge and the fact that there was also a gym, gift shop and library on board.

The charming Englishman Hadleigh Measham was the Ocean Nova‘s tour guide, a young man with a degree in biological sciences and a love of icebergs. At 11pm on that first night, he announced that the Aurora Borealis had arrived. I hurriedly dressed in hat, scarf and jacket and made my way to the muster station, where I saw the Northern Lights dancing across the sky, brightly coloured and thrilling. It reminded me of the Maori legend that believes the Southern Lights, visible in New Zealand, are the glow of fires lit by deceased ancestors who had been carried away in their canoes.

For the first few days we headed westward, looping around the fjords and inlets of Scoresby Sound. On day five the ship pulled into Eskimo Bay and I went ashore, dressed in requisite waterproofs, boots and life jacket, keen to see the bone artefacts. The national park was strewn with ancient relics, with human skeletons remaining visible in the rocky burial mounds. Until the mid 19th century, the bay was home to the Thule (‘too-lee’) people, who were the predecessors of modern Inuit. I was informed that during winter they constructed shelters from the rocks and wintered here, eating whale and musk ox meat. While the Thule have departed, the musk oxen remain and I spied one grazing not too far away. Standing on the shore, I was struck by the beauty of the lichen-covered boulders, which were wonderful shades of orange.

The following morning, an early excursion ashore and a 30-minute photo walk to a low ridge proved the opportunity I was waiting for, as I was heading towards the source of all icebergs in the region. There they were: hundreds of icebergs parked up, waiting patiently for a breeze to help them float down the sound towards the open ocean. I sat in silence observing this special place, where there was a total absence of sound. A very moving experience.

The captain steered us as far into Nordvestfjord as we could go, then launched the zodiacs for us land on the shore. After a hike of 20 minutes, my group was rewarded with stunning and extensive views that overlooked the ice-choked head of Nordvestfjord. A small tarn had frozen over and a few truncated plants were nearby, such as the willow tree that grows a few inches in height but spreads up to two metres across the ground.

Taking to the zodiacs again, I ventured close to the icebergs; an extraordinary sight. Colossal pillars of ice drifted past, with deep blue and pale blue streaks, in an assortment of shapes. Fresh snow on the surrounding mountains completed the scene. Back on board the ship, the captain explained to us that Ocean Nova has forward-sounding sonar, which enables it to see 300 metres ahead under the ice. This allowed us to travel along fiords that had not been charted; some fjords had only ever been visited by the Ocean Nova.

Pulling up alongside the Magga Dan Glacier, the Captain steered the ship towards the glacier face. This spectacular barren and icy landscape looked like another world. The glacier cracked and boomed and calved, creating spectacle after spectacle. The zodiacs were up close, as close as they dared, shifting position among the ice and manoeuvring around small icebergs.

Over the following days at sea I spent much time on the deck of Ocean Nova marvelling at the formations of the icebergs we passed. The skies were usually clear, the crescent moon was visible in the sky at dawn and the water of the fjords was very peaceful. I saw the most amazing basalt rock formations very close to the entrance to Scoresby Sound on Disko Island. One evening our tour party landed on a small unnamed island and hiked to its peak. Following behind, some members of the crew brought up a piece of iceberg to smash up for drinks and served us Baileys and Jameson whiskey in red plastic tumblers. I was grateful for a helping hand descending the peak afterwards.

On the morning of day 12 of the voyage, all guests were issued with a map and headed ashore to visit the tiny Inuit settlement of Ittoqqortoormiit, on Greenland’s far eastern coastline.

With a population of around 450 people — and its own timezone of GMT-1 — Ittoqqortoormiit felt incredibly remote, the drab and exposed coastal town being brightened by a handful of colourful houses. Photographs of the Danish Royals hung in the tourist office, a reminder of the time before Greenland gained independence in 2008. In the museum I spied a lady knitting wrist warmers, so I purchased a pair for my granddaughter, as well as some maps and postcards. Although the price was eye-wateringly high, I felt some comfort knowing that I was helping the local economy. Interestingly, visitors are asked not to purchase items at the supermarket, as the community receives supplies just twice a year.

I was told that the cemetery, which I sadly didn’t find, had already excavated a number of sites, ready for winter burials. Digging graves during winter was impossible, so the community planned ahead. One resident I spoke to explained that during the winter, the snow comes up to the windows of his house — the perfect time for snow mobiling. Another man who also spoke reasonable English seemed very proud of the new tractor he was standing next to, explaining that it wasn’t, in fact, his.

Arriving at the final night of the tour, the farewell speeches were postponed until long after dinner, after the crew had twice tried to hand out champagne flutes to the guests and twice the ship had lurched, with glass shattering everywhere. As dawn broke, the ship continued to roll long into our 36-hour voyage across the Denmark Strait towards our final point of Akeyuri. Disembarking the ship, I felt sad to be leaving my new friends after having had such amazing adventures together. I was ready to fly back to Reykjavik and see the floating icebergs one last time, albeit from 8000 metres.

My Greenland by David McColm on Vimeo.