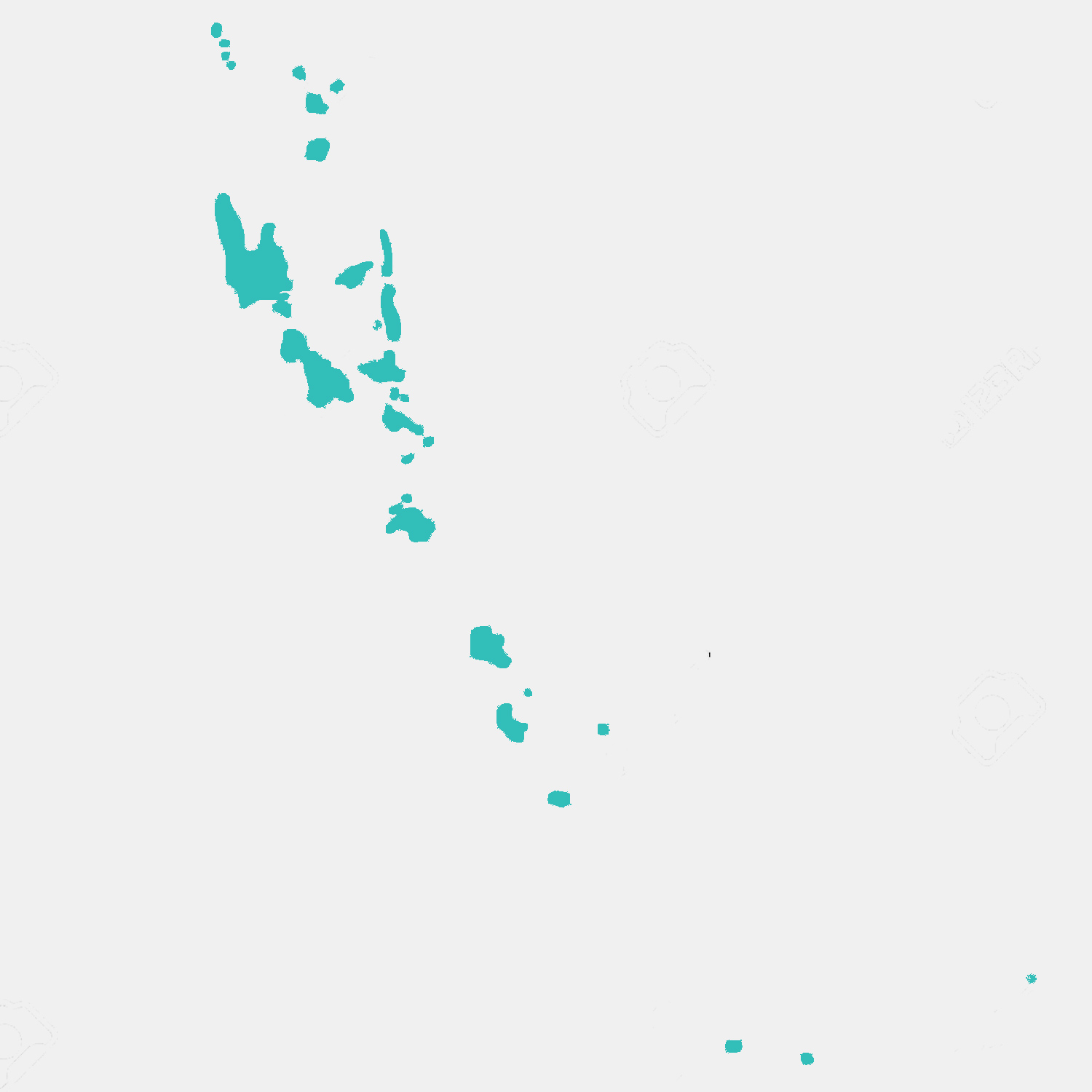 While Cyclone Pam may have sucked the lifeblood from the archipelago of Vanuatu, the sounds of the sea and land play a reassuring and healing symphony for islanders having to literally rebuild their lives from the ground up, telling us that while the tempest was terrible and took many lives, for these resilient people it wasn’t a terminal blow.

I am at an opera in the wild: lying down on a jetty under the stars, listening to an orchestra of flying fish, barking dogs, whispering bush voices and acoustic tunes from a nearby resort. My ears absorb each sound in succession, one wave at a time becoming dominant against the background, then fading to allow another to take centre stage. I am the conductor of this orchestra. I can choose the ‘star’ and everyone is happy to take turns. There is no competition on this jetty and nature’s tunes mingle with humankind’s in concord. Indeed, it was nature’s tunes that trumpeted the sounds of chaos across the islands of Vanuatu a mere three weeks before our arrival, when Cyclone Pam — a not-so-gentle Category 5 giant — stomped her way over a smiling people, once described by the New Economics Foundation as the happiest on Earth.

Pam, a name we might more readily associate with a friendly neighbour or reliable workmate, had neither of these fine attributes. In the course of her two-day rampage, she bit into concrete buildings, sucked flimsy village shelters into the air and swallowed fields of crops whole. Her destruction was catastrophic, with 90 per cent of the housing in the nation’s capital — Port Vila, on the main island of Efate — either completely destroyed or badly damaged. However, Vanuatu’s outer islands suffered the worst: Tanna, hit by winds of up to 316 kilometres per hour, lost most of its vegetative cover, with individual trees and palms shorn of every leaf and frond.

Arriving in Port Vila after this grim harvest, the sombre reality of the situation is underscored by the presence of a United States Air Force C-17 transporter — certainly not the typical welcome to one of the South Pacific’s more remote tropical islands. Like a warning of what lies ahead, this grey sentinel makes me feel a little nervous. However, as I begin walking down the aircraft steps, I am hit by a wall of tropical heat and moisture that acts like a calming balm: there is something pleasant and reassuring about this first flush of tropical air, as if Pam has at least left something intact. Even so, collecting our bags, my ears decipher many conversations and all seem to be framed around one topic: Pam and her wrath.

“They are taking out as much water as they can.”

Richard Purdy, president of the Rotary Club of Port Vila, and his wife Ursula collect us and take us back to their resort, Vila Chaumieres. As we drive through Port Vila, nothing seems as bad as what I have seen in the newspapers. In fact, Richard has to point out the destruction for me to even see it. I float between cyclone chatter and memories of my last time in Vanuatu, just over two years ago.

Vila Chaumieres gives me my first encounter of cyclone damage up close. Immediately, I notice the gardens have been ripped to shreds. Sitting in the resort’s restaurant, overlooking the lagoon with glasses of lemonade at hand, Richard tells me about their 16-hour nightmare, when on March 13th, they locked themselves into their villa and rode out the storm. As the cyclone gradually built up toward speeds of 275 kilometres per hour, he and Ursula huddled together, the overwhelming sounds giving ample hints as to what was going on outside. “Like a freight train was over us, or a jumbo jet — incredible noise it was, and the air was charged with roaring energy. We were afraid for our lives,” recalls Richard. “If it was to happen again, I think I would be on the first flight back to New Zealand.”

I can only now start to imagine what it must have been like for local villagers, their flimsy timber and palm thatch huts little match for the power of the cyclone. The juxtaposition between our destruction-centred conversation and our resort setting — sipping lemonades on a peaceful lagoon, blanketed in island warmth — is peculiar. Now all seems at peace, but this only reinforces what the locals here know all too well: just as our moods change, so do those of nature. Sometimes warnings are given, and other times we are not so fortunate.

The next day, I reflect on the nature of freedom as a group of Port Vila kindergarten children sing songs about Jesus loving them. It is a sun-drenched morning and the skies are singing along with them. As their little voices chirp, a mix of emotions well up within me. Their high spirits lift mine, but it is a complicated, intense feeling. Happiness is freedom, and these children are feeling it. Education is freedom, and its seeds are being planted once more in the fertile ground of Vanuatu, less than three weeks after the tragedy and dangers of Pam. I realise that happiness can be found in the strangest places: it occurs regardless of physical context and represents a form of freedom that can surpass any challenge.

Ruth and her husband, a policeman in Vanuatu, have been the driving force behind this little pikinini (kids) school. At the far end of the school’s field sit two classrooms; at the centre, an old chicken pen and at the entry point — where the children play under a tarpaulin — sits a massive black amplifier belting out music. The clash of simple living and technology is interesting indeed.

Vanuatu is one of the world’s poorest nations. While tourism is its fastest-growing and most promising industry, agriculture remains a key component of the economy — from subsistence farming to small farm holdings producing a range of cash crops, with copra still an important earner. The economy also relies heavily on aid: Australia is its biggest funder, helping to finance much-needed infrastructure so that this small nation can finally shed the yoke of French and British colonialism and progress towards becoming a truly independent nation. However, Cyclone Pam will surely impact on this plan, as the need for aid is now higher than ever.

Later that day, we have the opportunity to meet with independent paramedic service ProMedical, an organisation that has been helping the people of Vanuatu since 2000. Michael Benjamin, the Operations Manager, tells me about ‘Renegade Aid’, a water and food distribution initiative whose birth was forced, post-Pam. Like Richard and Ursula, Michael describes the arrival of Cyclone Pam as one of the scariest nights of his life. He recalls that when he walked outside in the morning, “the devastation was pretty amazing.” The first priority for ProMedical was clearing the roads to the airport in order to open the runway for relief planes.

It was immediately apparent that food, water and shelter were urgent needs for most of the local population. Two days later Michael was joined in his efforts by Peter Robinson and his partner Jenny. Together, they distributed food and water as quickly as possible — a move that initially got them in trouble with the government and its official rescue bureaucracy. However, Michael reports that “we have since been accepted and now they are actually asking me for information and suggestions on how to do it all.”

I later learn that Michael was also threatened with being kicked out of the country for his ‘renegade’ behaviour. I can only put this down to petty politics: the very politics that we soon discover has left thousands dislocated from their homes and villages, without access to food, clean water and shelter. If it wasn’t for organisations such as ProMedical and Rotary, along with individuals like Peter and Jenny, the situation in Vanuatu could be even worse than it is. These individuals and their tiny agencies thrive on action — something that is sorely needed in a disaster situation. When people are dying, there is little room for politics.

Hearing about the true situation, our team — which now comprises our photographer Matt, myself and a second photographer, Thai — is eager to join some of the paramedics who are heading to one of the villages that need medical care. We are introduced to Shelley Olson, a trained paramedic; Shona, an Australian volunteer who has ‘come for the ride’ much like ourselves; and Mary, a local volunteer. Mary and Shona tell many stories along the way, in-between dodging potholes. The roads in Vanuatu have always been notorious and this means that navigating them turns driving into a sort of game. We are told about a community that had no shelter for three weeks and needed tarpaulins urgently. The government had tarps, but refused to distribute them because it was Good Friday. As a result, the community ended up having to wait for shelter for another three days, until after Easter. Mary reflects, “People are suffering out there while we are worrying about religious hours.”

Arriving at the village, it soon becomes apparent that suffering remains widespread. Shelley sets up an aid station in a large shed – part of a working farm — and villagers soon arrive in droves from nearby villages. They number 30 or so, mostly mothers and children suffering from diarrhoea and vomiting. This has been a problem for some of the children for the last three weeks, indicating it is most likely cyclone-related. The reality of their situation hits home as I realise that most villagers lack access to even the most basic of medical aids and treatments, from paracetamol and sterile bandages to penicillin. Government-controlled aid has been urgently needed for three weeks, but it is slow, if it arrives at all.

The population here is young, with approximately 40 per cent under 15 years old. This only adds to the sense of urgency and need – for strategic direction as well as the most basic of shelter and medicinal aids. However, even though most of these children are poverty-stricken and ‘under the weather’, they are the happiest I have ever met. Smiles and laughter abound, and while the medics work, I play with them and share with them the photos from my life back home. Like children everywhere, they are most amused by the animal pictures.

When we wake the next morning, we are ready to take on the task of water delivery to some of Efate’s outer villages with Gary Richards, a Rotary volunteer. We fill as many containers as we can, load them into the back of the truck, and wend our slow way towards the southwestern side of Efate — where the cyclone hit hardest. Along the way, I spy a field of palm trees: some still stand at attention, while others have fallen. Nature’s battleground. We stop at several spots on our water mission. Children and adults alike come with their empty buckets and water bottles. They are happy to see us as we swap full containers for empties, and fill their buckets. I imagine my tap at home, its bottomless pit. We soon run out of water and at that this mission ends.

Our short stay in Vanuatu is drawing to a close, so we decide to head to the famed Blue Lagoon, a swimming hole located about an hour out of Port Vila, for a much-needed swim and recharge. It is definitely worth the drive to see local children jumping off rope swings like it’s their second nature, shattering the lagoon’s crystal waters. We join in the fun. Although it will be all any of us could wish for to see this place brought fully back to life, I appreciate this microcosm of Vanuatu for what it is in this moment. The calm after the storm, notes of splashes and laughter spread out: a subdued symphony of the land, its water and its people.