TBC — from late May to mid June

When the days get shorter and the weather turns chilly, the city of Sydney, Australia, has a dramatic way of welcoming the winter solstice. Vivid Sydney, a 23-day festival and the largest event of its kind in the world, turns Sydney into a kaleidoscope of lights, music, and ideas.

At night, blurring the line between art and technology, Vivid Lights transforms Sydney into the world’s largest outdoor ‘art gallery’. The evening kicks off when the sails of Sydney Opera House billow with colour and light. The city becomes a night-time wonderland through laser light shows, light art sculptures and 3-D mapped projections of images thrusted skyward and on to the city’s iconic buildings, harbour vessels, and bridge.

The Opera House sails suddenly change from a huge butterfly into a giant, moving jellyfish; the Museum of Contemporary Art comes alive with hundreds of psychedelic ribbons of colour; and the Sydney Harbour Bridge streams beams of light out over the harbour.

Vivid Music features over 100 live performances and musical collaborations, some free, some with a cost. From small bars to large venues like the Sydney Opera House, Vivid Music brings local and international talent to the city.

Vivid Ideas offers more than 100 different talks, seminars, and workshops on topics from technology and start-up culture, visual arts and performance, marketing and advertising — all celebrating creativity, innovation and community. Business and creative leaders from around the world provide updates on their industries, new developments and market opportunities. 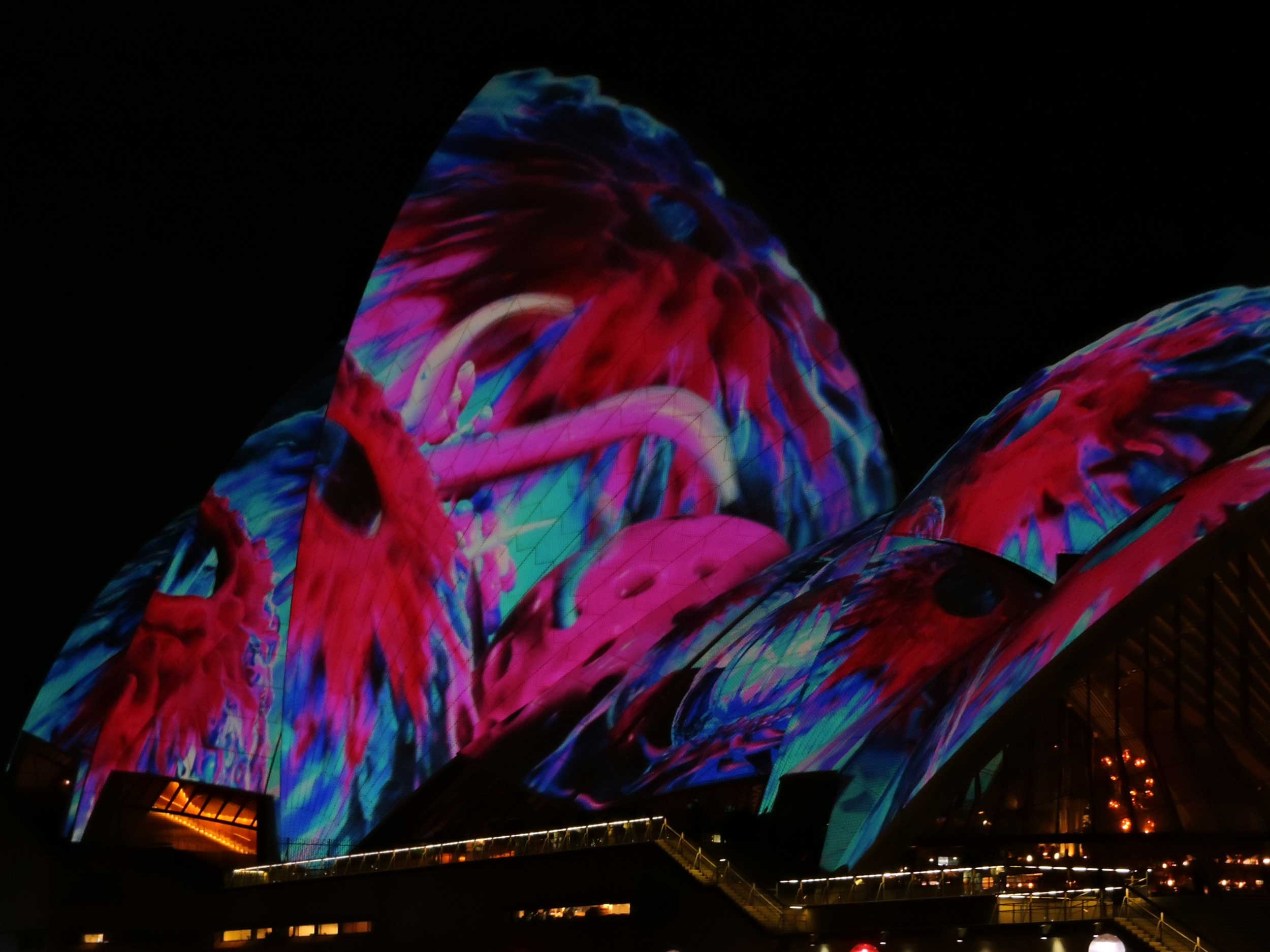 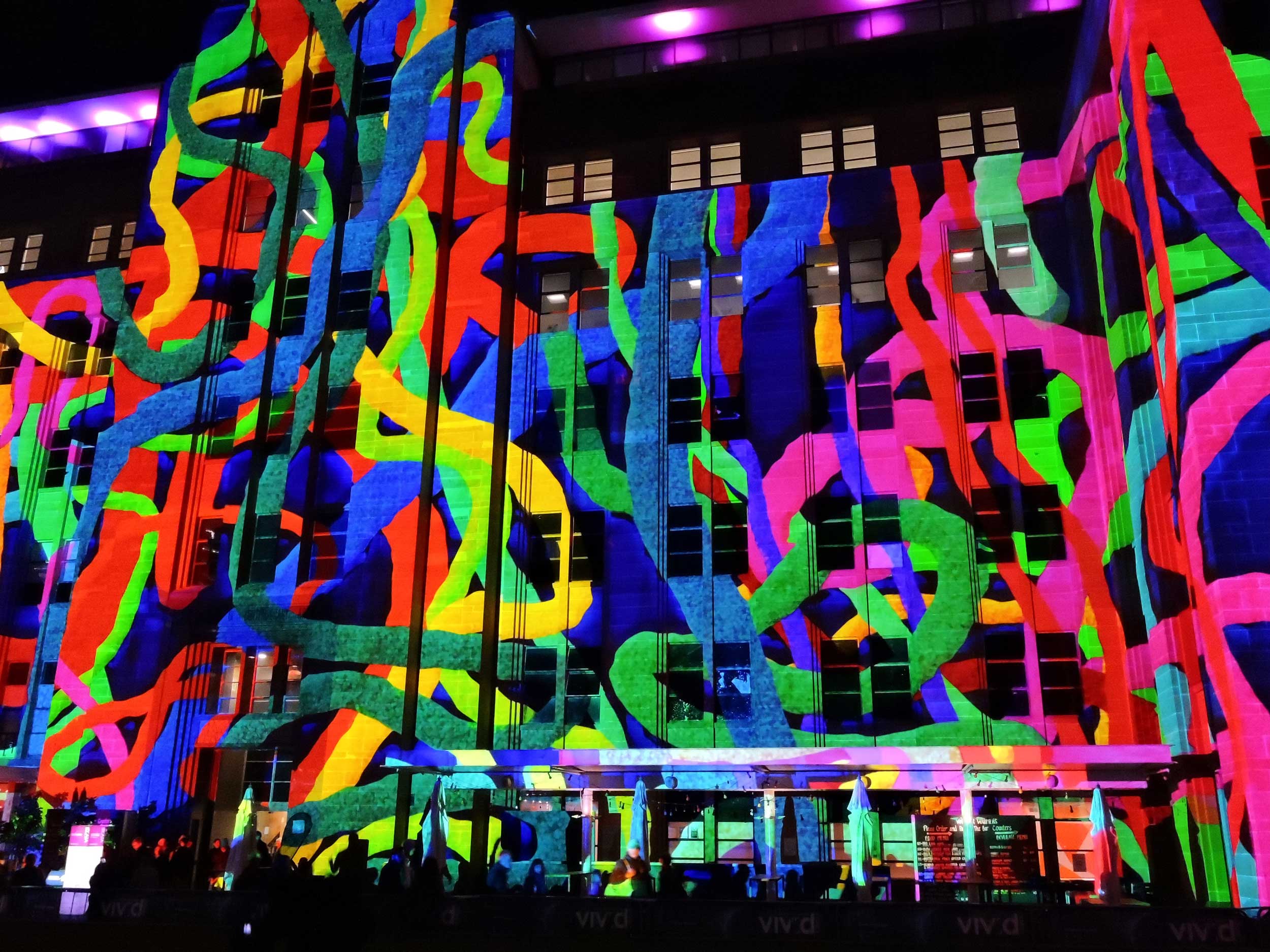 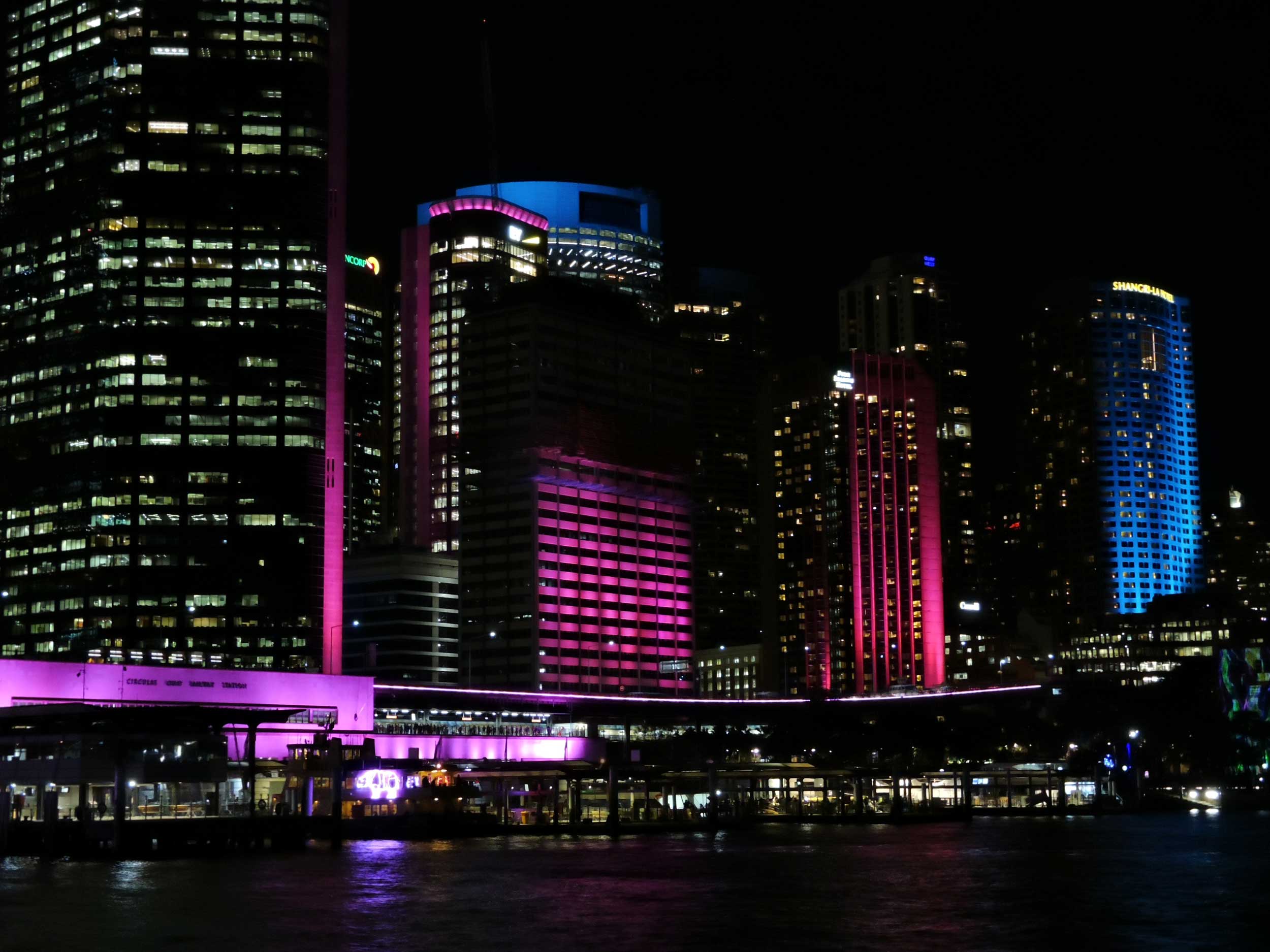