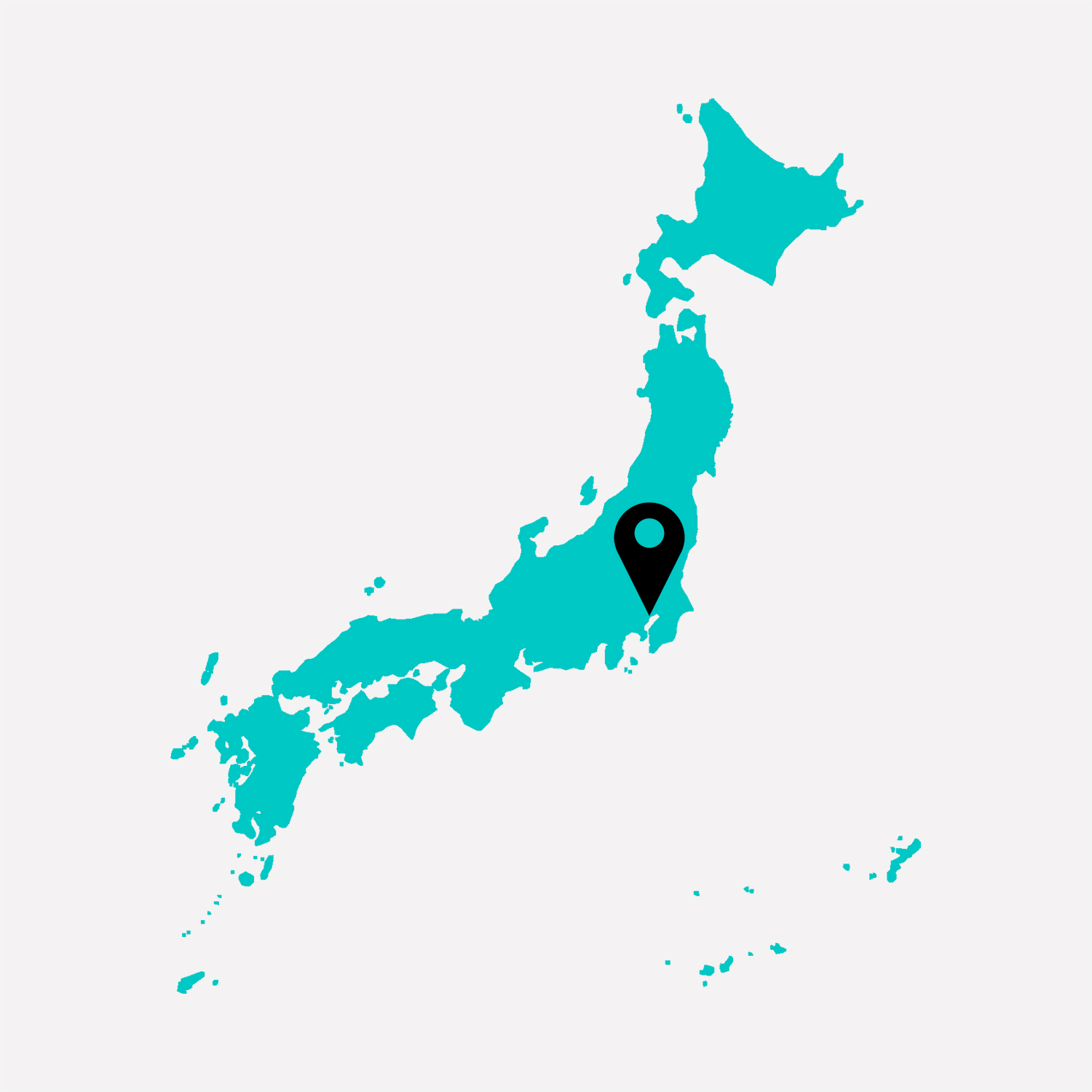 The salaryman is slumped asleep on the train, oblivious to everything — maybe even his own station of disembarkation — doomed to ride to the end of the line. But no, his clockwork routine cuts in, and he awakes exactly on cue. This phenomenon, and the space-age toilets that frighten on first sight, are just two of the many fascinations for a first-timer to Tokyo.

Japanese toilets are one of the most terrifying things I come across on arrival, but something I will soon learn to enjoy. Each futuristic box comes complete with a panel of buttons to make my bathroom experience a little more ‘private’. If I don’t like people hearing my business, I can play beautiful music to blur out the sound. If I would like my seat heated, voila. These ‘smart’ seats have far advanced their Western predecessors, demonstrating that we can always ask for more from just about anything, even the most mundane of inventions.

I have entered a world programmed for efficiency. Tokyo is a forceful presence: a champion centre of science, research, technology and automobiles as a result of its accelerated post-war modernisation after 250 years of self-imposed isolation. Now, the sheer size of Narita Airport is enough to overwhelm anyone. In an airport that hosts more than 35 million flyers annually, it is no wonder I feel bite-sized. However, the facilities are exceptional: day rooms and showers, massage rooms and even an oxygen bar to help diminish that jet lag. This makes Narita one of the world’s most comfortable airports for long layovers.

Not for me though. As the airport bus arrives at Shinjuku Station, a flood of faces shuffle in and out of towering steel-and-glass skyscrapers to the heightened sounds of a city buzzing with energy. I step off the bus to a line of ready and waiting taxis, note in hand, scribbled in Japanese by one of the airport concierges to help with my language barrier. This is especially handy for someone currently feeling like a little girl in a massive unknown world of glowing neon signs, flashing lights and crazy vending machines.

As my taxi makes its way through Shinjuku, I roll down my window and take in a city vibe that feels so much more alive than any others I have visited. Perhaps there are pre-associations from articles I have read, or conversations I have had on Japanese life and culture that generate or enhance this feeling, but I feel as if I can sense something faster and more efficient in the air.

My place of rest is the majestic Park Hyatt. I expect quite a grand entrance, sterile and exclusive, like a lot of large hotel lobbies. Instead, I come upon an intriguing sculpture at the centre of what looks like the interior of an art gallery. Nothing is over-emphasised, nothing feels like too much. It’s just an elegant and comfortable residence with warm lighting. I am guided to my room by the charming guest manager and am immediately drawn to the floor-to-ceiling window overlooking the city. I am in awe. As I look into the distance, I keep thinking, ‘Where does it end? Does it end?’ Mighty towers stand powerfully in the foreground. As the eye follows the horizon, perspective takes over, reducing them down to miniatures in the distance. This is what being 42 stories above a futuristic city of over 13 million feels like.

I have organised to meet up with some old friends who now live in this mega city. It puts me at ease knowing I will have company in a place that has overwhelmed my senses so much. When Yuka arrives, she advises I am about to be shown ‘the real Tokyo’. Entering the Shinbasi train station hits me hard: the force created by people dashing about is like hitting the fast forward button on a remote. Strangely enough, a rather large grin makes its way across my face as I fill with childlike excitement, as if about to embark on a thrilling adventure.

The adventure begins more quickly than I expect, as I experience my first salaryman passing out. I later find that these pass-outs are quite common within the lifestyle and culture of the Japanese businessman. Yuka has me in giggles as she explains: “As soon as they reach their stop, their body knows, and they wake up like an alarm has gone off inside.” I am amazed to hear such a thing. Could these businessmen really have evolved as quickly and efficiently as the world’s greatest metropolitan mass-transit systems that carry them?

Shinbashi is a neighbourhood sandwiched between Ginza and Sidome. It was originally the Tokyo terminus of the first railway in Japan in 1872. The locals call it the ‘salaryman’s paradise’ — the place where white-collar businessmen are magnetically pulled after their long, hard days at work. Shinbashi offers a mix of all the right activities to help relax and rejuvenate Japan’s breadwinners: it’s lined with alley after alley of bars, Japanese-style pubs, snack bars, wine bars, and vending machines – lots of vending machines – carrying anything we could possibly imagine.

As we make our way through the streets of Shinbashi on a quest for some traditional fare, I see first-hand cases of ‘east meets west’ syndrome. The tension and exchanges between the old and the new, the traditional and contemporary are both contradictory and harmonious. Old culture meets new city. Old customs intertwine with new technologies. A lovely concoction, stirred, not shaken. I notice that at the feet of the glass giants lie tiny mazes, home to a myriad of bars and restaurants, providing an image of what the city looked like in the past. Some parts grew tall, but others stayed low, like shrubs hiding a whole, dense world of their own below the great trees.

We meet Tim at an izakaya, a drinking establishment that serves food to accompany the essential drinks. These are the types of casual environments enjoyed by businessmen after work at least two or three times a week. I have no idea of the name of this place or where in the maze I am, but it is quite an experience sitting on cartons at a low table, drinking Asahi and eating a variety of salads and meats, including raw chicken. Yes, raw chicken. I eat it but it is difficult to swallow, knowing that an hour later I may not be this happy. Yuka calms my worries by telling me that everyone eats raw chicken here without a problem.

An hour later, I am still alive and we make our way back to the train. Sadly, we miss the last direct train because Yuka and Tim both go in different directions, insistent that theirs is the correct one. Even locals can get lost in this town. We opt next for the Hilton’s 24-hour sipping service. This hits the spot and provides a great place for delightful conversation. We discuss Japan’s patriarchal state and lack of women in career-track jobs. It is shocking to learn that equal employment laws have had no bearing on gender equality, and the wage gap remains broad. For a society invested so much in the future, I find it strange that this issue still exists.

Japan’s growth rate has been slowly falling due to an ageing population. This is a factor the world over, but the impact of this decline will be felt more strongly within countries of larger global economic size, especially when the workforce has such a shortage of women in upper management positions. Getting more women into these positions would mean Japan could build a larger workforce and perhaps even a higher skill base. In doing so, the country would need to introduce a lot more support for a working mother. Currently, once a woman is pregnant, she usually quits the workforce altogether to raise her children. Value systems and traditions play their parts in this; in this modern culture, a woman’s role is still cemented in the past.

After such deep conversation, it is time for some much needed shut-eye. As we wander down the empty street, I notice that there is not a single rubbish bin to be seen. Tim explains that they were removed in the 1990s following the sarin gas attacks on the underground. Apparently, they slowly started to reappear, but after 9/11 were canned again. We must give Japan this: volcanic eruptions, wars and bombings are not enough to dim the country’s spirits. They are simply catalysts to build bigger, bolder and better than before.

As my head hits the pillow that evening, I find my mind racing. This place is so far advanced, yet still connected with past cultures and traditions. In western society, so many values have been lost with the advent of modern technology, but in Japan there has been no loss of identity — in fact, it’s stronger. Perhaps these people carry the key to our next revolution, a society that masters the balance between old and new.