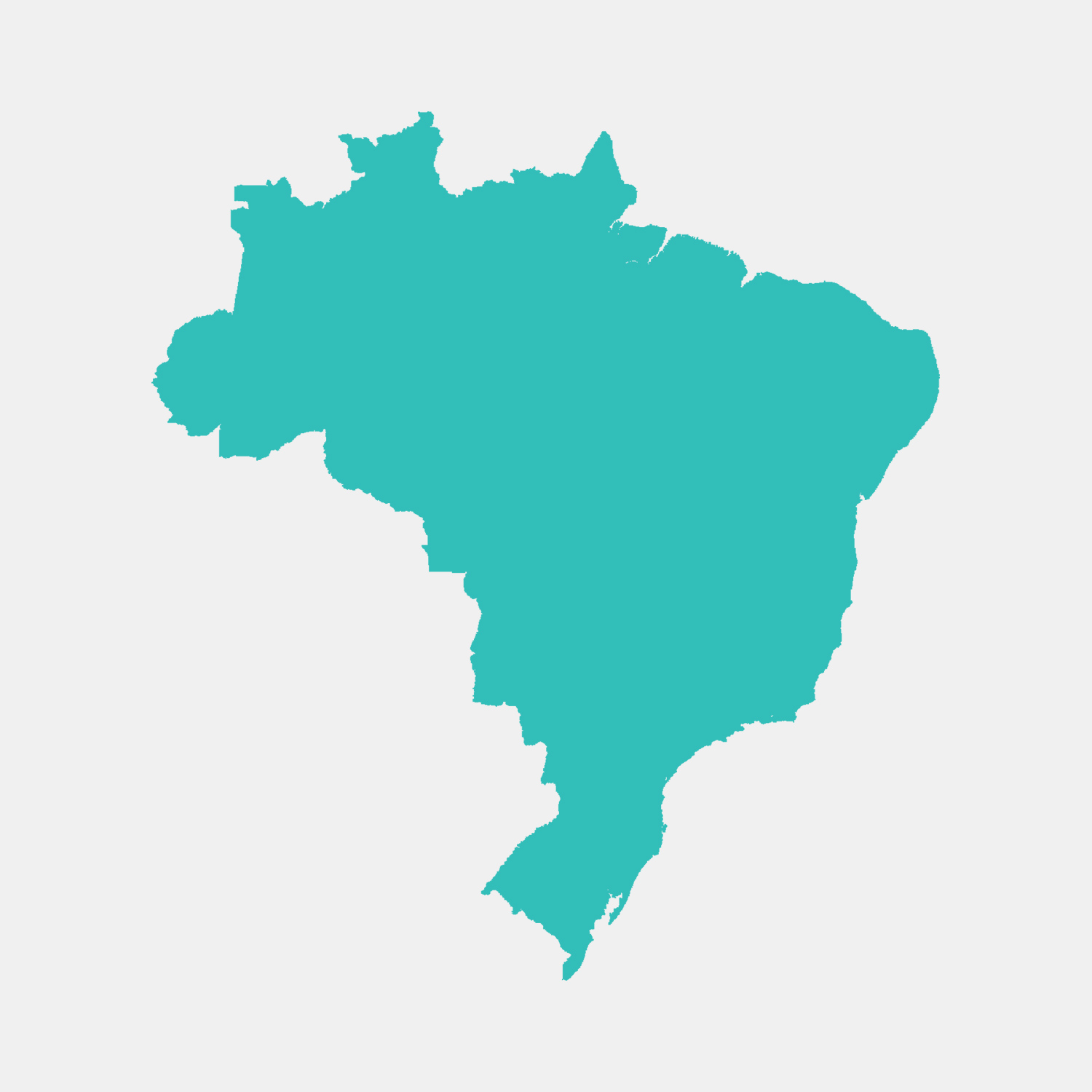 A trip to Rio de Janeiro reveals a blend of iconic sites and vibrant culture that make it a marvellous city, rain or shine.

Upon arriving at our hotel in the Leblon neighbourhood of Rio’s Zona Sul, none of these characteristics are readily apparent. We are greeted with an overcast, rainy sky and a chill in the air, without a carioca (Rio local) in sight. Where are the barefoot football players on Ipanema Beach, or the calendar models strolling the famous patterned sidewalks of Copacabana? Not to be deterred, we drop our bags and set out in search of some much needed refreshment after a 10-hour flight from New York — local fare and a strong caipirinha.

The national cocktail of sorts for Brazil, the caipirinha is made with cachaça (a type of liquor made from fermented sugar cane), sugar, and fresh limes. It’s delicious, seemingly more widely available than bottled water, and extremely potent. We settle in at Bar Jobi, a tiny restaurant frequented by cariocas for its array of tasty, inexpensive snacks and well-made drinks. Our thirst salved and hunger sated after thin-sliced filet sandwiches, we decide to stretch our legs and explore Leblon. This upscale area was a centre for nightlife in the 1970s, and while much of the dancing has been surrendered to the Lapa neighbourhood, the streets are still a charming reminder of Rio’s past.

As sunset (or lack thereof) approaches, we head toward Ipanema. I am struck by the realisation that we are walking along the Ipanema Beach, made famous by the 1960s bossa nova hit. We reach the eastern tip and hike up Arpoador Rock, for a spectacular view of the Dois Irmãos (Two Brothers) mountains that tower over Leblon and Ipanema. A light rain begins to fall on the walk back, with the streetlights glistening off the patterned black and white stone boardwalk and the lights twinkling in the favelas, or shanty towns, on the distant mountains, and it begins to dawn on me: this city truly is breathtaking, rain or shine.

We arrive at Zuka on Leblon’s Rua Dias Ferreira for dinner. Simply put, my dish of melt-in-your-mouth filet mignon paired with a creamy goat cheese risotto is heavenly, easily one of the best meals I will have in Rio. After a long, successful day, we head back to our hotel to rest up, each offering our silent gifts to the Rio sun gods.

Our plan for the following day is to visit the neighbourhood of Lapa and the famous Escadaria Selarón, created as a labour of love by the late Chilean artist Jorge Selarón. The 250 individually tiled steps, handcrafted with a signature flame red motif, are constantly evolving as admiring fans, tourists, and fellow artists send in tiles to be cemented into a living, breathing piece of art. We arrive in Lapa by taxi and explore the neighbourhood, rich with its famous colonial aqueduct, and plentiful graffiti and street art. We arrive at the steps just as the rain again begins to pour. We take the opportunity to enjoy an ice-cold chopp, or draft beer, while waiting for the inclement weather to subside, before venturing out to marvel at each of the thousands of tiles.

That night, we are determined to follow the advice we’d received from locals and guidebooks alike — to experience Lapa’s massive weekend street party. As we walk the scene, we absorb the sheer energy of the street performers, musicians, dancers, and revellers. As our night begins to wind down (or so we think), we come across the beginnings of a drum circle. Feeling compelled to stop and listen, we end up immersed in an intense jam session for the better part of the next hour. 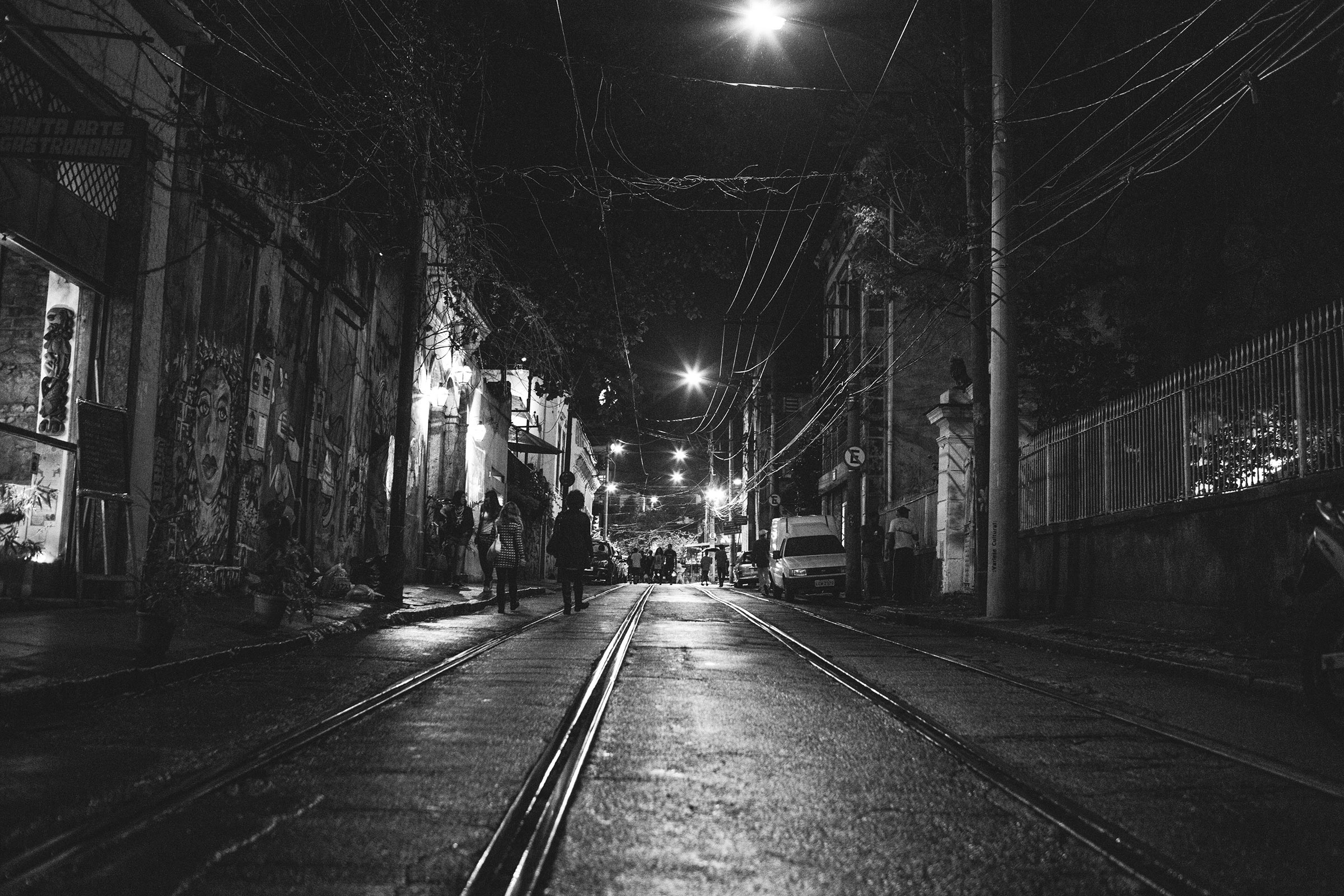 We depart the swelling group, searching for a cab, and are beckoned by a security guard up a winding street to a dubious-looking club. Despite our reservations, we take a chance and go inside. Upstairs in the packed terrace, we are greeted with live percussionists and a small group of Lapa locals who become fast friends, despite our mutual language barrier. Expert samba lessons, dance-offs, and 2 straight hours of absolutely killer Brazilian percussion ensue. We arrive back at our hotel exhausted, exhilarated, and filled with a completely newfound appreciation for Rio’s rich culture.

We awake early the next day to embark on a tour of the Vila Canoas and Rocinha favelas, led by Marcelo Armstrong, born and raised in Rocinha. The socio-economic disparity in Rio continues to be staggering, with razor-sharp contrast between the affluent neighbourhoods of Zona Sul and the sprawling favelas that dot the hills above Rio. Conditions in some favelas have begun to improve since 2008, as the government has instituted what is known as ‘pacification’, with police regaining control from the many drug lords.

Our personal highlight of the tour is the Para Ti centre in Vila Canoas, started in 1989 by Franco Urani and his wife, Giuliana. The centre has since partnered with local groups to provide education to local children and adults, and infrastructure for the surrounding favela, including a system of sewage, drainage and water pipes, and a daycare centre for 150 children. While the economic gap still remains wide and true progress will take time, effort and patience, the beauty of the favelas’ people and their steadfast efforts to transcend their poverty give these areas a sense of pride and hope that is both humbling and inspiring.

No visit to Rio is complete without a trip to the iconic statue of Christ the Redeemer. We choose a particularly unwise afternoon to attempt our visit, as it is a national holiday, but finally make it to the top after an hour and a half. The vistas, as promised, are indescribable — a true ‘see it to believe it’ moment, once we breach the queue of the hundreds of fellow visitors doing the same.

The final item on our Rio agenda is to ride the cable car to the top of Pão de Açúcar (Sugarloaf Mountain) to take in a sunset over the majestic expanse of Rio. As we arrive at the mountain’s peak, something miraculous happens — the sun actually appears. The full panorama — white sand beaches, rolling mountains and tranquil bays — takes our breath away, as the sun’s rays bathe the city in an ethereal amber glow. Caipirinhas in hand, we watch hues of orange, pink, and purple dance across the landscape until the light fades into the deep blue of twilight. I can’t help smiling at our good fortune, and conclude that Rio truly is ‘La Cidade Maravilhosa’.