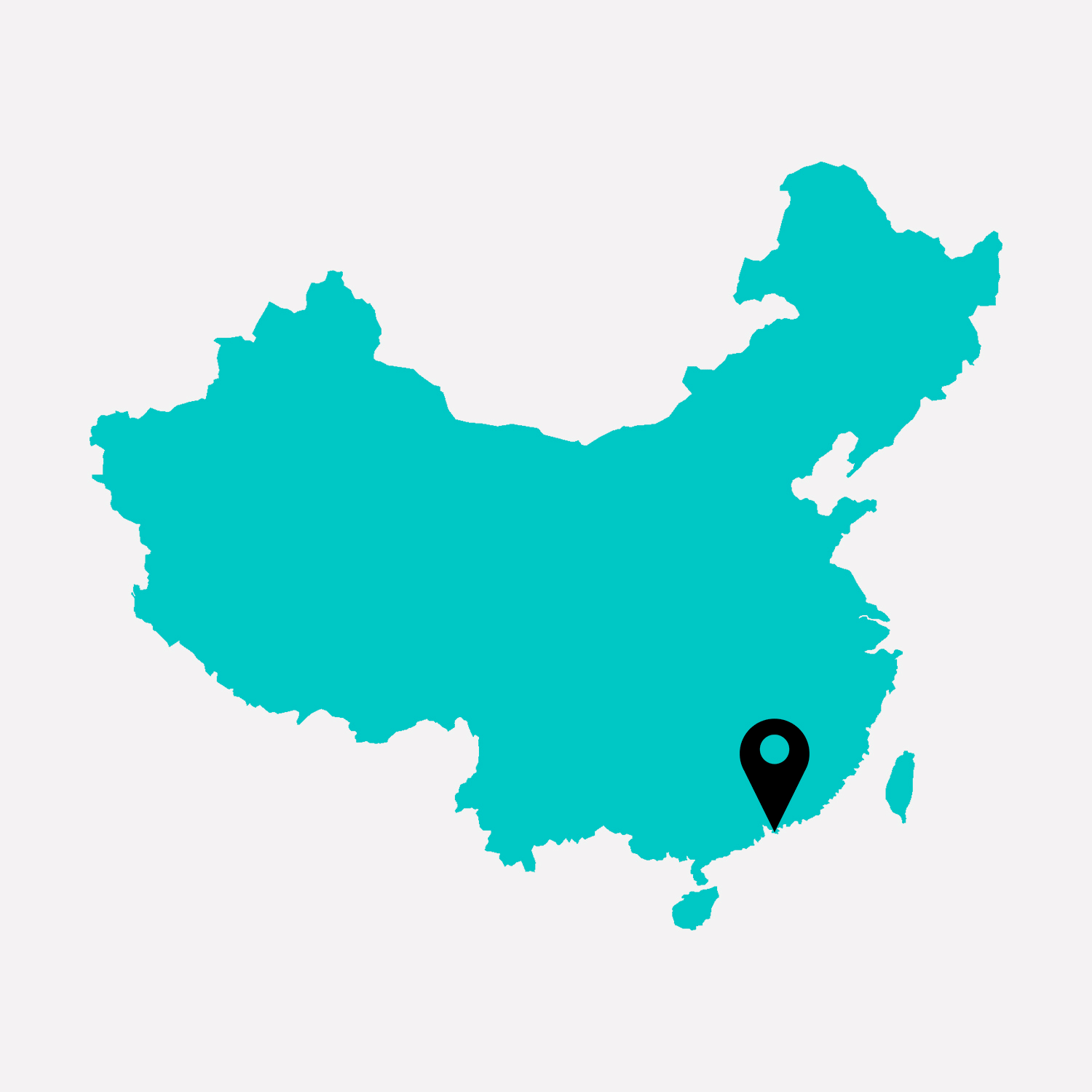 The taxi eats through the Kowloon traffic like Pac-Man. It weaves in and out of the busy streets, surrounded on all sides by endless rows of stained, ramshackle residential buildings, pockmarked with air conditioning units.

Neon signs overlap, competing with each other for attention, while the uneven shop overhangs above street stalls enhance the feel of being in a video game. The game requires the player to manoeuvre through the streets with speed yet caution, as unexpected surprises pop up around every corner.

With a population of approximately seven million living within an area of only 1104 square kilometres, Hong Kong is one of the most densely populated cities in the world. I am just one of the millions of players squeezing through traffic, collecting points and quickly navigating this maze of a city. Hong Kong in its entirety comprises Hong Kong Island, Kowloon and the New Territories that include 262 outlying islands off the southeastern coast of China.

After the first Opium War, which ended in 1842, Hong Kong was occupied by the United Kingdom and was only returned to China on July 1, 1997. Now it is officially known as Hong Kong Special Administrative Region of the People’s Republic of China. Under China’s ‘one country, two systems’ formula, Hong Kong enjoys relative autonomy from China’s socialist economic system, but all matters of foreign and defence affairs are governed strictly by Beijing.

Hong Kong is a city known for its skyscrapers, largely because space on this tiny territory is at a premium, and I gaze upwards from my taxi ride at the dominating towers disappearing into the sky. I decide to tackle the game at ground level first before attempting to conquer the upper levels of the high rises. I also know that beneath my feet there are subterranean levels of life and commerce, and I cannot wait to explore Hong Kong’s underground architecture and connecting tunnels.

I am in the lesser-known Kowloon City in the north, near the site of the old Hong Kong Kai Tak International Airport, notorious for its difficult landings between rugged hills and high-rise buildings. It was replaced by the new Hong Kong International Airport on the island of Chek Lap Kok. Unfortunately, Kai Tak Airport is no longer in use. It must have been fun to wave from a window seat to people in their apartments as the plane came in to land.

I arrive at my hotel, Harbour Plaza 8 Degrees, enter the lobby and immediately have to ask myself: “Is jet lag making me see things?” I scan my surroundings carefully. No, this is not the result of sleep deprivation. Everything in the lobby has an unmistakable lean to the left, as if the walls have had a little too much to drink. Whatever the walls are having, I’ll have a double, thanks.

The friendly receptionist, noticing my eyes in wide wonder, informs me that the lobby’s interior was designed by Patrick Leung to create an optical illusion of being inside the Leaning Tower of Pisa. Even the shining chandelier overhead has been tipped to its side, putting a smile on my face. I’m happy knowing that my hosts for this visit have an eye for detail, as well as a sense of humour.

After unpacking and settling into my elegantly designed suite, complete with living room and dining area, my thoughts turn to the daunting task of finding a replacement for my ageing and temperamental camera in the bustling markets of Kowloon. To my surprise and relief, the hotel staff come to the rescue, and the next morning the concierge dispatches two willing escorts to accompany me on my search. Together, we bob and weave through the streets of Kowloon, which are alive and bustling.

The wet market nearby sells fresh meat from industrial-sized metal hooks. Live fish and blue-striped prawns swim aimlessly in polystyrene boxes until keen-eyed shoppers point and select them to be dinner. Like walking through a disjointed movie set, out of nowhere appears a garage, where mechanics desperately try to breathe life into a car hoisted up on a lift, its injured insides exposed.

All of a sudden, a tiny cupboard-sized electronics stall emerges. It sells gadgets ranging from nose hair trimmers to Blackberry chargers, all of which are perfectly arranged with such puzzle-like precision in the tiny space that I am certain the shopkeeper scores extremely high in Tetris. I spot my desired camera, and after an offer here and a bargain there, I am happy with the price and the technological prize is mine.

As one of the world’s leading financial centres, the strongest face of Hong Kong is that of trading and business. Yet, as well as being rich and modern, the city somehow feels old and weathered, as if it has taken many hard knocks in its time. Some colonial buildings still have visible scars of bullet holes, these lasting architectural wounds are echoes of the Japanese invasion during the Battle of Hong Kong in 1941.

The main thoroughfare of Kowloon is Nathan Road, and in the Jordan area of this arterial road, neon signs reign supreme. The sky at night is a collage of twinkling signs as shops and restaurants entice pedestrians to their doors like moths to a flame. This energetic district of Hong Kong is also home to Sky 100 Observation Deck, located on the 100th floor of the city’s tallest skyscraper, the ICC Building, which offers dazzling views of particularly pretty Hong Kong Island across the harbour. I decide that tomorrow I will move up the levels of Hong Kong and visit Sky 100, and perhaps once I have clocked the dizzying heights of the ICC Building, I’ll become really adventurous and get up even higher with a DHL balloon ride.

Or, perhaps not. Maybe I will go for a different kind of adrenalin-fuelled high for which Hong Kong is renowned — shopping. The Kowloon Harbour City complex has more than 700 stores calling both the visitor and their credit card. Ladies, pack sparingly on the way to Hong Kong, as Temple Street Night and Ladies Markets offer a vast array of clothing, shoes, handbags and accessories, which will have departing suitcases looking decidedly more plump.

However, today, I think I’ll explore Level One and the underground levels of Hong Kong. A short, albeit rather squished, train ride deep beneath the streets on the Mass Transit Railway (MTR) takes me to Victoria City on Hong Kong Island. To ensure that this economic hub hums along, public transportation is efficient and regular. Visitors may be squeezed in like sardines in a can in the MTR, but at least the can rolls along nicely.

I emerge from Central Station to meet my friend, ‘the Englishman’, for coffee — an expat lured by Hong Kong’s siren call of low taxes and an energetic nightlife, perfectly suited to his 27-and-single banker lifestyle. I am a few minutes late for our date as I try to evade the Hong Kong heat by nipping in and out of air conditioned shops along the way. However, my efforts are in vain. By the time I turn up at the posh Landmark on Queen Street, which is home to the European fashion heavyweights of Fendi and Louis Vuitton, I have wilted like a flower. Sweat is beading on my brow and my hair has frizzed to a nice puff. The Englishman is amused by my protestations about the baking heat — according to him, only tourists sweat in Hong Kong. Locals and learned expats, on the other hand, scurry along in air conditioned comfort by using underground malls and walkways that connect the island’s skyscrapers like a cooled commercial root system.

We disappear into the glamorous caverns of the Landmark in search of caffeine-fuelled resuscitation. The destination is Fuel Espresso, a favourite amongst the suited and booted expats and locals. The café is designed like a bar, with tall leaners and high stools giving it a sophisticated feel. Aussies and Kiwis can rejoice — this Kiwi-owned café carefully crafts velvety lattes and flat whites to the high standards of home.

Everything seems to move in double-time in Hong Kong, and after a quick catch-up on failed romantic pursuits and how-is-the-family, I barely notice that my latte is finished and the Englishman is saying, “Sorry darling, must dash.” Cordial goodbyes are exchanged, and when we part ways I envy how easily he melts into the crowd, navigating his way to his next destination with the effortless skill of a Hong Kong local. When he turns around for a final wave goodbye, his eyes sparkle blue but his cheeks flush a crimson red, betraying his Anglo ‘not-meant-for-the-heat’ heritage as he pounds the hot pavement in time to the local beat. Indeed, he may have acclimatised to local ways, but to my delight, I am not the only one whose constitution has not yet adapted to the heat of Hong Kong.

I wander the streets of Hong Kong on my own, and despite my obviously foreign appearance and the awkward SLR camera dangling from my neck, the locals do not pay me any special attention. Unlike other Asian cities, the residents of Hong Kong do not gaze at me like I am some three-headed creature as I walk through the streets. I attribute this casual bearing towards foreigners to Hong Kong’s history as a busy trading port, accommodating countless visitors from as early as the 16th century, and even more during its period as a British colony.

Today, European expats are not treated with nauseating genuflection and tourists largely go by unnoticed. Here, I am treated with the anonymity of a local, a privilege that intrepid adventurers can appreciate. It strikes me that this is in strong contrast to many cities in Mainland China. Indeed, many questions were raised about how the social, cultural and economic character of Hong Kong would survive after July 1, 1997, when it returned to being under Chinese rule.

Some writers mused that the essence of the area would disappear and Hong Kong would become yet another Chinese city. Residents feared that social and political freedoms would dissolve under socialist rule. Although some of these fears have proven to be founded, the Hong Kong Special Administrative Region is holding on, fighting to write its own international story.

As I set out into the hot streets of Hong Kong after my coffee, I can feel the anticipation building for the rest of my stay. There are so many layers of Hong Kong culture left to experience. I do feel like Pac-Man on a mission; I’ve got to reach the uppermost towers and the deepest levels of this intriguing city, and today has only been Level One.