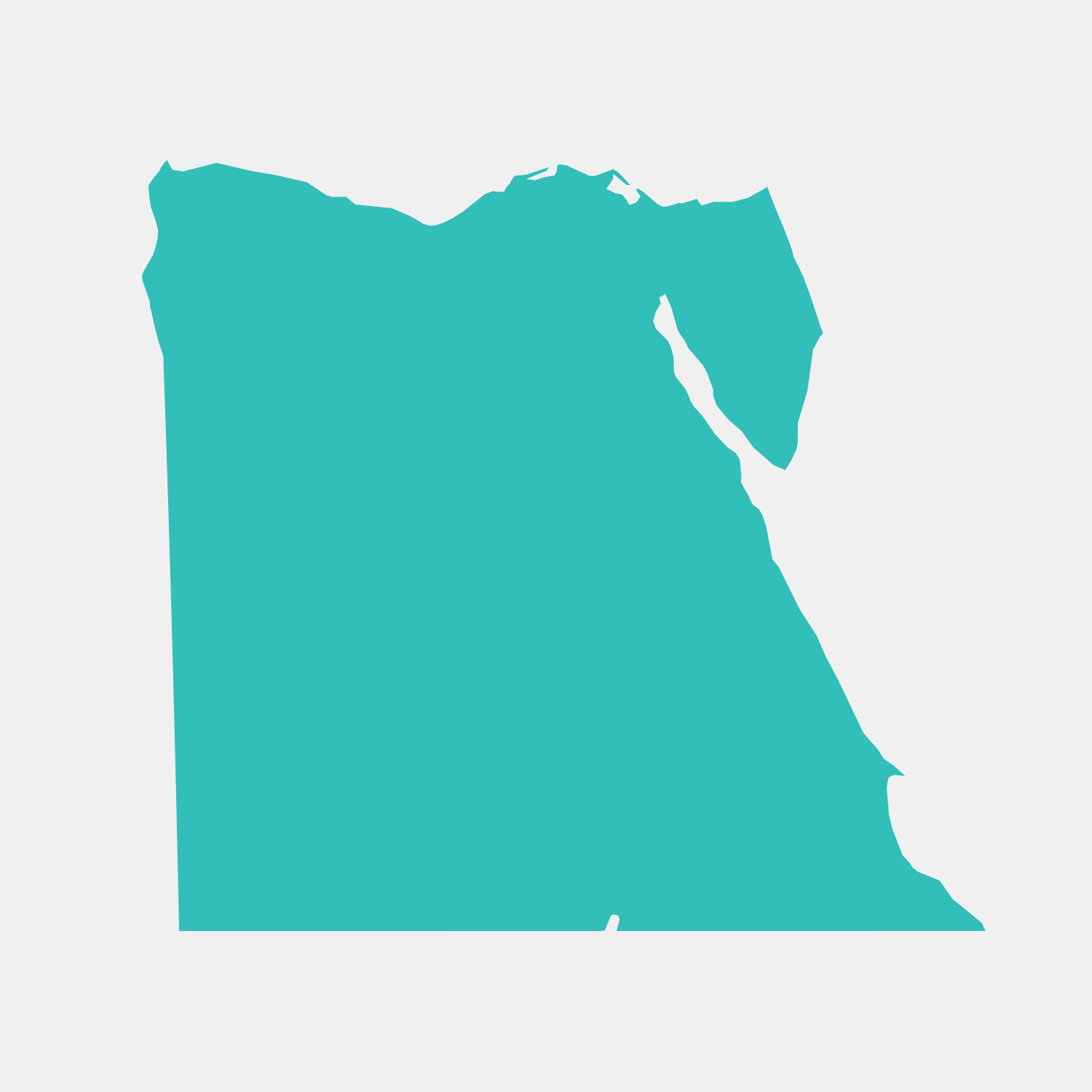 It had seemed like a good idea: ignore, or at least sidestep, an imminent reminder of too many years having passed all too quickly. The only trouble was that it was 51 degrees Celsius in the shade, my bowels were tap-dancing against the inside of my rib cage, and our drivers were clearly feeling the effects of Ramadan, with sunken eyes and questionable concentration on the Western Desert stretching out before us. A rapid return to the southern hemisphere — still loosening winter’s grip — almost seemed more appealing; well, for a fleeting moment or two, anyway.

It’s not easy to sum up experiences of a place as rich in history and culture as Luxor — once ‘Thebes’. A collage of images come immediately to mind: the truly stupendous temple complex of Karnak, even though just the Precinct of Amun-Ra is currently open to visitors while three others are slowly examined, catalogued and rebuilt; the sheer scale of Hatshepsut’s Mortuary Temple and its spectacular setting within the valley of Deir el-Bahari; the wonder of slowly descending into Ramses IV’s underground tomb beneath a ceiling of yellow sky-beings set against bright blue heavens; and the sheer monumentality of the rebuilt processional way between Karnak and the Temple of Luxor, with its 700 restored and re-created sphinxes carving their way through precincts until recently occupied by Luxor’s main police station, apartment buildings, hotels and even its central mosque. Such are the exigencies of the tourism industry, fuelling a widespread mania for the rebuilding of Egypt’s glorious past. Yet, even this barely scratched the surface of the cultural experience that Luxor offers to tourists and visitors.

Each morning, the skies of the western valley were filled with the gently floating, multi-hued petals of hot air balloons ghosting their way across the early morning cotton fields, past the more grounded, weathered profiles of the Colossi of Memnon, while the growing heat of each emerging day also generated the winds that gently unfurl the sails of a fleet of feluccas and dhows that populate the Nile. Other, somewhat more prosaic happenings rounded out my experience of the city: being told gently, but firmly, to leave the local market by two young undercover policemen ‘for our own sakes’, then being kindly asked by the erstwhile chief of the tourist police if I wanted to swap my camera for his Heckler and Koch MP50 in the hypostyle court of Luxor Temple. We both had a chuckle, as he casually tucked the submachine gun back beneath the flap of his suit jacket and tie. As I looked at the canvas of massive papyrus-shaped columns surrounding this accidental meeting place, I couldn’t help but feel that it all seemed quite surreal.

Perhaps no experience stands out more from my brief time in Egypt than that of simply voyaging down the Nile, ploughing slowly upriver towards Aswan in a small, flay-bottomed riverboat, complete with a bathtub-sized pool on the upper deck. We were positively dwarfed by four- and five-storey behemoths passing us in both directions. Even one of the two 19th century steam riverboats used to film Death On The Nile added to our sense of being in a slightly Lilliputian vessel. However, the scale of our boat also offered a very tangible sense of engagement with the river and its inhabitants: local villagers going about their everyday tasks, children laughing and swimming at the riverside, dhow skippers and crew skilfully plying their way up- and downriver, and even an array of domestic farm animals ‘fenced in’ on small islands by local farmers.

In fact, the sense of being trapped in a time warp, of witnessing scenes not unlike those experienced by Julius Caesar on his trip down the Nile with Cleopatra in 47 B.C., was all too real. Forget the passing tourist boats and occasional power line, forget the call of the muezzin, and forget the fleeting glimpses of road traffic. It was far from unusual for us to pass a twin-masted vessel weighed down to its gunwales by a cargo of large boulders, or a father and son sailing out to one of the shoreline islands with a bull or cow nervously in transit. Mud-brick buildings and walls lined most towns and villages, dun-coloured dwellings would emerge from idyllic copses of date palms, sleek cargo dhows lined the river’s muddy banks, and fishermen — stripped to their waists — cast nets into the Nile from small skiffs. Closer to Aswan, the crumbling remains of small riverside temples and residences dug into the Nile’s eastern bank only added to the sense of time immemorial weighing on the river and its users.

These feelings were reinforced by a fleeting visit to the Temple of Edfu, which provides a near-complete picture of the internal architecture and detailing of Egypt’s great Ptolemaic temples. Sombre, austere, and beautiful in a dark and forbidding way were the descriptors that ran through my head as we meandered through its painted corridors and hieroglyph-adorned inner chambers; it seemed a place of secrets and ritual designed to harbour power and control. Yet, the Temple of Edfu did have one distinct advantage over its outdoor surrounds: its stone and mud walls maintained a wonderfully temperate climate within the temple compound. By this time, temperatures on the Nile were soaring into the mid-50s, and the locals were starting to talk of Ramadan commencing. Thank goodness, we were nearly at Aswan.

Ramses II’s fabled rock temples at Abu Simbel dominate most tourists’ perceptions of Aswan. But the climatic conditions ultimately meant that it was an evening sail up to Aswan’s famed cataracts — with multiple branches of the river dancing between a myriad of boulder-lined reaches and small islands — that had most initial appeal. The next morning I wandered through the Botanic Gardens of Geziret el-Nabatat — formerly Kitchener Island — down paths dappled by the shadows of towering palms and scented by a rich layering of flowering shrubs. The lush greenery provided much-needed respite from the growing heat wave, but excitement was also building at the prospect of our short journey to what many clearly regarded as the true highlight of the tour — and how right they were.

Etched into the faces of two large stone ridges relocated to the edge of Lake Nasser between 1964 and 1968, Abu Simbel’s Great and Small Temples totally dominated their surrounds — much as they have since their completion in 1244 B.C. to celebrate Egypt’s defeat of the Hittites at the Battle of Kadesh. Epithets like ‘monumental’ are hardly adequate to describe the sheer scale, artistry and power evoked by the statues of Ramses II and his wife Nefertari, and the ornately carved bas-reliefs around both temple entrances. Like the carved Treasury commanding the entrance to Petra, the colossi dominated their lakeside setting and serenely demanded attention of the clamouring masses at their feet. Unfortunately, the same clamour was much less welcome amid the more intimate chambers of the temple interiors. Continuous warnings about the use of flash photography were just as persistently ignored until the attendants started to seize cameras, and amid the hubbub created by this reaction I beat a hasty retreat to the shade of the entryway pavilion.

…the colossi dominated their lakeside setting and serenely demanded attention of the clamouring masses at their feet.

Inevitably, after Abu Simbel, much of the journey back to Luxor felt like the tour’s denouement, even if a visit to the colourful interiors of local Nubian homes and their compounds provided some reprieve from both the austerity of Aswan’s desert surrounds and the unyielding heat. The Western Desert was next on our itinerary, but a certain weariness had set in, with interest in yet more archaeological sites somewhat undermined by the spectacles that had gone before. Moreover, Ramadan had intervened, and our small group tried to offer moral support to our two drivers by refraining from eating through most of each day. This simply added to the ague afflicting most of us. My mind goes back to a succession of palm-lined oases and historic sites: the remains of Christian dwellings and temples in Kharga Oasis, the medieval town of Al Qasr full of slender spires and mud-brick buildings, and the golden mummies of Bahariya Oasis. In between, I spent hours haplessly bobbing up and down on the back of a camel before bedding down to stare fixatedly at the stark panorama of the Milky Way, writ large across the night sky. The camel took every opportunity to growl and spit at me, while I glared back and mumbled vague threats about camel steaks.

Yet the true highlight of this part of our journey was, strangely enough, the desert itself. By the time we reached the Farafra Depression, the daytime temperatures were falling and even the drivers were starting to look more comfortable. But the desert was also changing: chalk outcrops and pavement started to emerge from the otherwise omnipresent sand, creating ornate patterns that meandered through the desert. As we headed north, searching for a place to camp, the chalk plinths turned into small mesas, sandblasted into strange and wonderful shapes, and with twilight approaching, a sea of rose-tinted icebergs and foam striations was tossed across the shadow-laden sand. Subtle gradations of form and colour contributed to a quite exquisite landscape, while with the last of the sun soon gone, the night sky slowly leached away the desert’s hues to create a stunning collage of soft, monochrome shapes that gradually merged with the dark all around us. A fire guarded against the night cold, but even so, our camp was constantly patrolled by a pack of small desert foxes — their noses and radar-like ears out of all proportion to their finely honed bodies — constantly on the lookout for titbits left unprotected or quietly thrown their way.

Reflecting on my time in Egypt, I realised that my heart was with the Early to New Kingdoms of Luxor and Aswan.  Clearly, I wasn’t quite the ‘modern man’ that I considered myself to be. My thoughts also went to the Nile River, that amazing lifeline so intertwined with both the genesis of Egypt over more than 4,000 years and its present-day survival. On the other hand, I was also aware that my journey had barely touched the surface of Egypt’s story, let alone that of Egypt and Egyptians in the 21st century. Still, that just meant there was a lot more to come back and see.