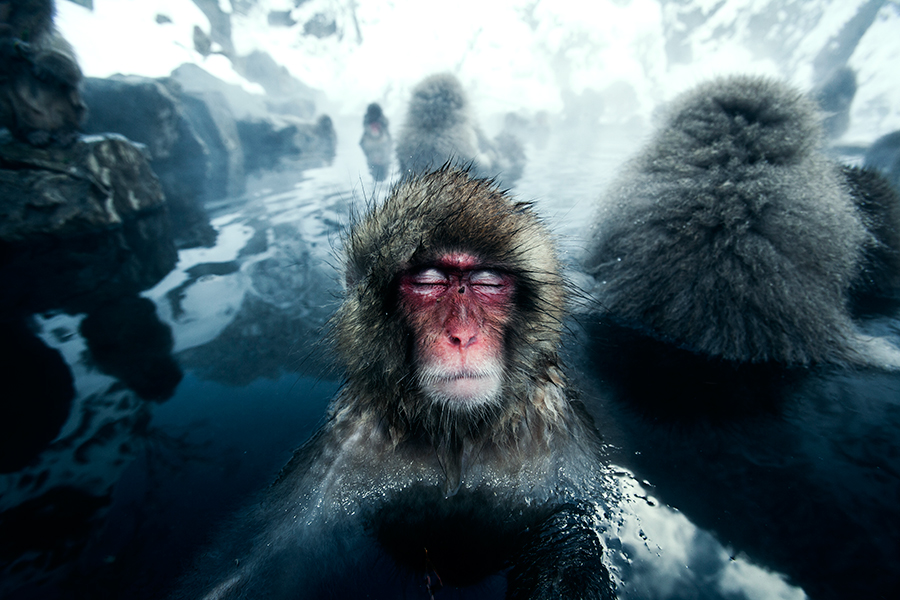 From the public baths of Ancient Rome to modern spa complexes, across the world humans have embraced bathing rituals.

There are a myriad of reasons behind bathing rituals, beyond simply keeping clean. Bath culture is closely connected to purification in many religions, with the Hindu tradition maintaining that bathing in sacred rivers clears one of sins, while in Judaism the mikveh is a ritual bath used for purification — a case of metaphorical values supplanting more pragmatic and literal functionality.

However, for the most part the spiritual benefits of these practices have been more oblique, centring on socialisation and personal time out. In Ancient Rome, for example, bathing was a part of everyday life. Large complexes with baths of varying temperatures, as well as swimming pools and gymnasiums, were available to the public at low cost. The complexes were a place to socialise, exercise and relax.

Spa rituals also offer physical healing.  Although the origin of the word ‘spa’ remains uncertain, one theory is that it came from the Belgian town of the same name, home to thermal springs discovered in the 14th century. Located in southern Belgium and surrounded by forest, the town attracted visitors who believed the water possessed healing properties. Spa became a popular health resort destination for the nobility, representing the beginning of spa tourism.

Over time, the popularity of the health spa and bathing has waxed and waned.  In the 16th century, acceptance of public bathing took a hit in many countries. Public baths were thought to spread diseases, such as the plague or leprosy, and public bathing was increasingly discouraged by church authorities on moral grounds. Spa culture bounced back in the 1800s with dedicated hotels and guesthouses popping up in Europe and North America. The importance of hygiene and bathing had become better understood, and bathing in, as well as drinking, mineral waters was promoted for health.

For travellers today, spa culture is often associated with luxury, indulgence and pampering. Spa resorts are a place to rest, relax, and unwind fully. Spas around the world take many different forms. Visitors to Iceland can smear silica mud onto their faces at the highly photogenic geothermal spa complex, Blue Lagoon. Water is sourced 2000 metres below ground, picking up silica and other minerals before reaching the surface at 38 degrees Celsius. The unique light blue colour of the pools comes from the reflection of sunlight on the silica.

In the Czech Republic, those with a love of beer can take their appreciation to the next level by taking a dip in a foamy beer bath, sinking their body into a tub of beer mixed with mineral water. Drinking and bathing in beer has been used in folk medicine for centuries and some spas even offer a beer tap conveniently at arm’s length, for imbibing while in the bath.

If that doesn’t appeal, there’s the option of a seaweed bath in Ireland. More popular at the beginning of the 20th century in Ireland’s seaside villages, there remains a handful of places to indulge in this ritual, which as the name suggests, involves a bath filled with hot salt water and seaweed. Advocates of seaweed baths believe the salt water eases muscle aches, arthritic and rheumatic pain.

Experiencing an onsen is about more than just relaxing in water: it is also an opportunity to socialise, or as the Japanese term it, “naked communion”.

Another iconic form of bathing can be found in Japan where tourists and locals frequent natural hot springs known as onsen. Usually found in the countryside, onsen can have indoor and outdoor baths and are often run by hotels. Perhaps the most photographed visitors to the hot springs are the Japanese macaques, or ‘snow monkeys’ who bathe in onsen during the winter months. Experiencing an onsen is about more than just relaxing in water: it is also an opportunity to socialise, or as the Japanese term it, “naked communion”.

In planning a visit to a spa or bath house, it pays to read up on local bathing etiquette to avoid a cultural faux pas. Take it from Jenny, an English teacher in South Korea. Jenny was keen to partake in local activities, and visited a jjimjilbang – a Korean bath house. Jjimjilbang are open 24 hours a day, and offer hot pools, massage facilities and showers. After taking her bath, Jenny stepped out, stark naked and dripping wet. Unsure of the protocol, she watched as an older Korean woman came motoring towards her.

Feeling self-conscious, Jenny tried her best to move out of the way and in her rush, her wet feet slipped on the tiles and she tumbled, bare bottom bouncing down a set of steps. Nursing a bruised ego and bottom, Jenny realised the Korean woman, carrying a towel, simply wanted to ensure Jenny dried her feet — so she wouldn’t slip. Knowing what to expect from a spa or bath house helps to ensure a smooth visit.

Whether it’s a bath filled with seaweed in Ireland, a tub of beer in the Czech Republic, or a slippery Korean bath house, bathing rituals and habits come in all varieties, as do the reasons for taking to the waters. Over the centuries bathing has always been about more than just hygiene and washing the grime off. In addition to being associated with purification rituals, in many countries public bathing is simply an opportunity to come together, socialise and catch up with friends, or even conduct business meetings. On the other hand, for the weary workaholic it can be a chance to shut off from the hectic world and be alone in a serene and quiet environment. Regardless of our motivation, spa and bathing culture has firmly established itself over the centuries and across the globe.