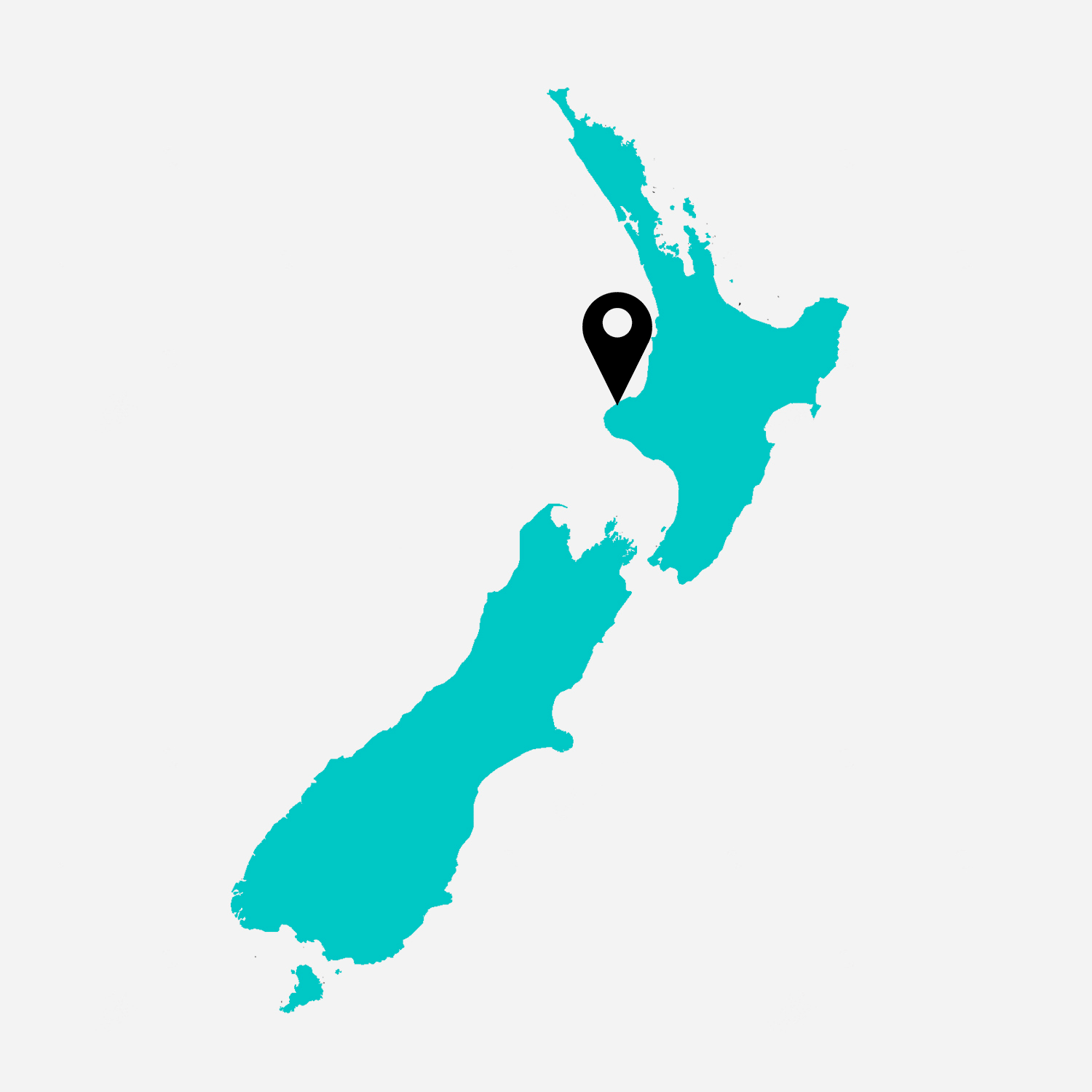 To visit New Plymouth is to be inspired. Its vibrant arts and cultural scene, impressive selection of lively bars and eateries and teeming events calendar are matched with refreshingly friendly locals.

The city’s proximity to magnificent Mount Taranaki, its renowned coastal walkway and fame to those in the know as the gateway to the famous Surf Highway 45, makes for proud locals who rate it as one of New Zealand’s best cities to live in and to visit.

New Plymouth has a well established arts scene, largely due to the modern art pioneer Monica Brewster, who founded the Govett-Brewster Art Gallery. Her friendship with artist Len Lye resulted in the construction of the Len Lye Centre, a gallery entirely dedicated to Lye’s life and work — namely his famous kinetic sculptures — but also sketch work, painting, poetry and his other passion for which he is famous: film-making. The striking building has been a significant architectural addition to New Plymouth, it’s highly reflective exterior acting as a mirror to those outside.

Due to a strengthening relationship with local iwi (Maori community) New Plymouth’s arts and cultural scene often reflects this; Puke Ariki (a museum and library integrated with a visitor information centre) houses an impressive collection of Maori taonga (artefacts) as well as acting as a platform for local Maori artists to showcase their work.

Exploring this city’s streets is a rewarding exercise; walls are adorned with eye-catching street art and unassuming entranceways reveal hidden gems. Tucked away in a central city loft, The Virtue is the creative brainchild of Brooke Lean and Gina Fabish and comprises an artistic photography gallery, design store and the co-founders’ bridal studio

A small city, relatively speaking, New Plymouth punches above its weight in the restaurant scene. Cosy venues with quirky interiors and innovative menus are the hallmark of the local bars and eateries. This, coupled with friendly service from well-trained staff, makes for a satisfying experience.

Ozone Coffee Roasters is about as close to an espresso shrine as one is likely to find. An impressive array of choices from cold drip to the classic flat white in a stylish, minimalist setting with unpretentious, friendly service.

Social Kitchen has all manner of once-alive critters in the window (its tagline is ‘Meat Dreams are Made of These’) but conversely its vegetarian options are excellent and what’s more, the interior is New York cool with tiled walls and creeping plants.

Edgy in style yet super friendly, Prohibition has the best burgers in town including an outstanding vegetarian burger. Polpetta (meaning ‘small meatball’ in Italian) has a wonderfully simple three-tiered meatball menu bursting with original flavour combinations – pesto, Thai-style scallops and the like.

Bar wise, it is hard to look past Frederic’s, with its swish interior and huge bifold windows looking out onto Egmont St. Its popularity makes for a relaxed lively atmosphere perfect for sampling the best in local ales — be sure to look out for those crafted by Brew Mountain and Mike’s.

New Plymouth is blessed with venues for holding events, including the extraordinarily pretty inner-city Pukekura Park, which hosts the Taranaki Festival of Lights and the adjacent Brooklands Park with its natural amphitheatre, which has led global arts and dance festival WOMAD to claim it as its permanent New Zealand home.

Taranaki has long been famous for its garden festivals, the region’s fertile volcanic soil making for ideal growing conditions. The Powerco Taranaki Garden Spectacular (formerly the Rhododendron Festival) is held each spring and in 2005 was joined by the Taranaki Fringe Garden Festival, which showcases more achievable gardens, often with artistic and historic touches.

The biennial Taranaki International Arts Festival is held every second August, with close to 50 international and New Zealand shows on its playbill, performing at 13 different venues. The headline act for 2017 is the award-winning Australian ‘discotheque circus’ show Velvet.

New Plymouth attracted international attention in 2003 when WOMAD (World of Music and Dance), a festival that draws around 12,000 people each year, made the city its new home. Thanks to WOMAD, many cross-cultural relationships have been fostered between the Taranaki community and international artists, giving rise to more and more events each year, from art exhibitions to live music and dance performances. Each year, WOMAD creates a ripple effect on the New Zealand concert scene, with many artists and musicians playing at WOMAD choosing to add additional dates and performances around New Zealand to their schedules.

Thanks to the creative flair and entrepreneurial spirit of the locals, there are plenty of opportunities to take away unique homewares, objets d’art and clothing, as they are designed or produced locally making them highly exclusive. Most of the galleries, particularly Kina but also The Virtue, spill over into retail, doubling as design stores. The Govett-Brewster shop (located in the gallery’s entrance) is no exception, offering a great selection of children’s books and educational toys, in addition to contemporary design items and jewellery.

Stores to Look Out For

Tempt is a concept store showcasing handpicked furniture, homewares, art, accessories, fashion and footwear. Its style is a blend of opulent and earthy. Expect vintage glassware, hanging ‘egg basket’ chairs, all manner of lampshades and the odd deer antler chandelier.

As well as offering a more attractive alternative to reach town than walking the city streets, the coastal walkway leads to the iconic Te Rewa Rewa Bridge, a fine example of design and engineering and cultural significant for the area. Representing a breaking wave on approach, and evocative of a whale skeleton when moving beneath it, the bridge cuts a striking figure against the local landscape, particularly on a clear day when Mt Taranaki can be seen in the background, framed by the bridge’s ‘ribs’.

Egmont National Park, with its famous centrepiece, Mt Taranaki, can be enjoyed by hikers of all levels. It has an extensive network of walking tracks, ranging from a 15-minute stroll along the Kamahi Track to the three-day Pouakai Circuit — the most popular being the one-day Pouakai Crossing. The trail leads hikers through the moodily beautiful Ahukawakawa Wetlands and across the golden tussock of the Pouakai plateau to the famous tarns with their mirrored reflections of Mt Taranaki.

Climbing the summit of Mt Taranaki is a popular option that is recommended for experienced hikers in the summertime and only for experienced mountaineers in the winter months. It is important to note that the mountain and its summit is regarded as sacred to the Maori people of Taranaki and respectful behaviour on the mountain is greatly appreciated.

Pukekura Park, a premier botanical garden covering 52 hectares right in the heart of the city, is a beautiful place to stroll or while away the hours. Natural waterways and artificial lakes are surrounded by luxuriant native bush, broad lawns and large exotic trees, and the native orchid and fern collection housed in a sunken conservatory is both magnificent and fascinating. The park includes Brooklands garden estate, zoo and historic Gables Colonial Hospital.

Taranaki could be described as the middle child, oft overlooked but very likely to be the most interesting member of the family. Historically it is a fascinating region with regard to its Maori ancestry, particularly as it is home to Parihaka (a Maori community), which is of major historical significance to Taranaki and wider New Zealand.

Patea, South Taranaki, was made famous by the Patea Maori Club, with their hit song Poi E. South Taranaki’s Aotea Utanganui museum is a purpose-built, architecturally designed building displaying some of New Zealand’s oldest dated wooden artefacts (dating back to 1400). Tawhiti Museum in Hawea is widely acclaimed as one of the most innovative museums in New Zealand, using life-sized exhibits and scale models to depict the history of South Taranaki.

For those exploring the region by car, The ‘Forgotten World Highway’ is a driving experience ironically, not easily forgotten. Built on colonial bridle paths formed in the late 19th century, the 150-kilometre highway zigzags its way over four mountain saddles, through a hair-raising one-lane tunnel and along a sinuous river gorge, embracing the rugged contours of the land along the way. It is worth stopping by the settlement of Whangamomona and its historic hotel where visitors can purchase a passport to the Republic of Whangamomona, which was so declared in 1989.

How to Get There

Jetstar and Air New Zealand fly directly from Auckland (55 minutes) to New Plymouth and flights from smaller cities travel via Wellington. The drive from both Auckland and Wellington is around four and a half hours.

In the central city, The Devon Hotel and Conference Centre is a newly refurbished hotel that is popular with tourists and business travellers. The service is friendly and efficient, bikes for exploring the city are available free to hotel guests, and the breakfast bar is extensive. The State Hotel is a small but slick hotel that offers competitive rates.

Opposite the Len Lye Centre, King & Queen is a much-lauded boutique luxury hotel whose modern feel is in keeping with its environs, now known as the West End Precinct. Another boutique option, Nice Hotel, revels in flamboyant interiors that belie its low-key exterior. Its signature restaurant, Table, receives rave reviews.

Outside of the city, The Chalets at Okurukuru is located in Okurukuru Vineyard overlooking the Sugar Loaf Islands. Perfect for those wanting a quiet escape and coastal views.

Outdoorsy types are best to visit in the shoulder seasons or summer months that are drier and good for walks in Pouakai Ranges and around Mount Taranaki. While winter weather can be inclement, it is also the perfect backdrop for an indoor break to wander the galleries, shop the boutiques and indulge in the city’s many gastronomic delights. If travelling to the city for an event, check the weather forecast and dress accordingly.