The action takes place over the five days preceding Ash Wednesday, which marks the start of Lent in the Christian calendar. As Lent signifies a period of abstinence from alcohol, meat and earthly pleasures, it has become tradition to celebrate this impending period of self-control by throwing a huge party in the days prior to it. In fact, the word carnaval originates from the Portuguese carne vale meaning ‘farewell to meat’.

Each day during the carnival, the city comes to a standstill and hosts exuberant parades, balls and parties. Around two million revellers throng the streets of Rio packed to bursting with locals and visitors coming together to act like pipoca (popcorn) as they dance during the day and long into the night.

The highlight of the Rio Carnival is the Samba Parade at Sambódromo da Marquês de Sapucaí, where around 200 samba schools compete for the title of Carnival Champion. The flamboyant dancers, dressed in sequins, feathers and costumes, perform atop elaborate motorised floats. They rehearse for up to 12 months before the carnival to ensure their highly choreographed shows of vast proportions are perfectly executed.

In addition to the big parades, street corners host their own blocos and bandas, which are free, dance parties featuring live music performances. Anyone is welcome to join in. Balls are held all over the city with the most popular being those held at Scala nightclub and the glamorous and exclusive Magic Ball at the Copacabana Palace Hotel. 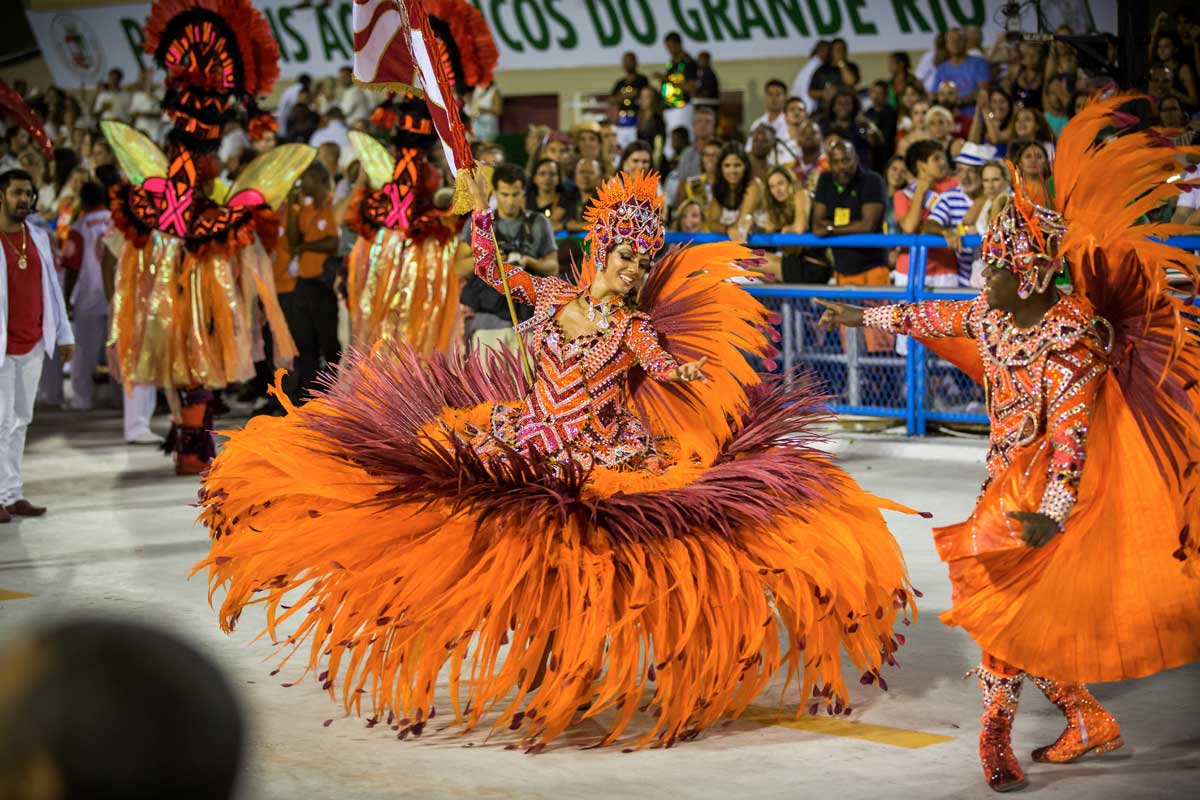 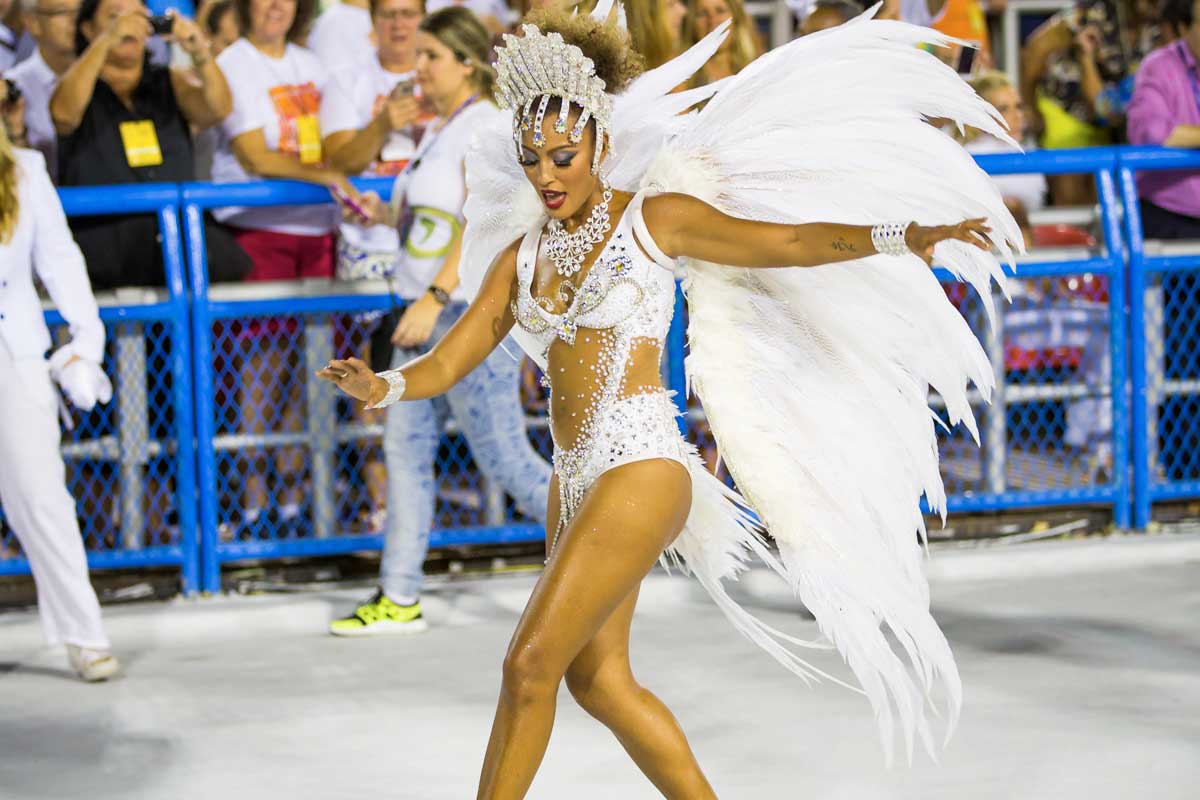 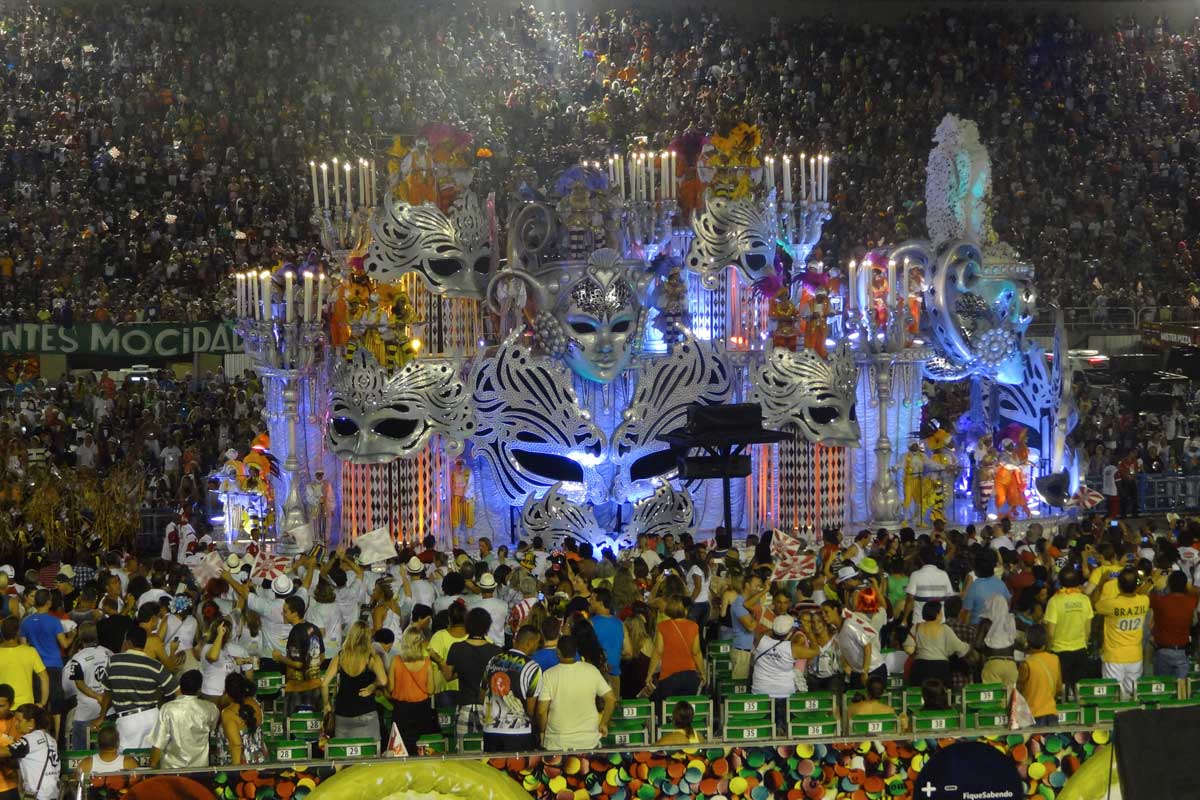 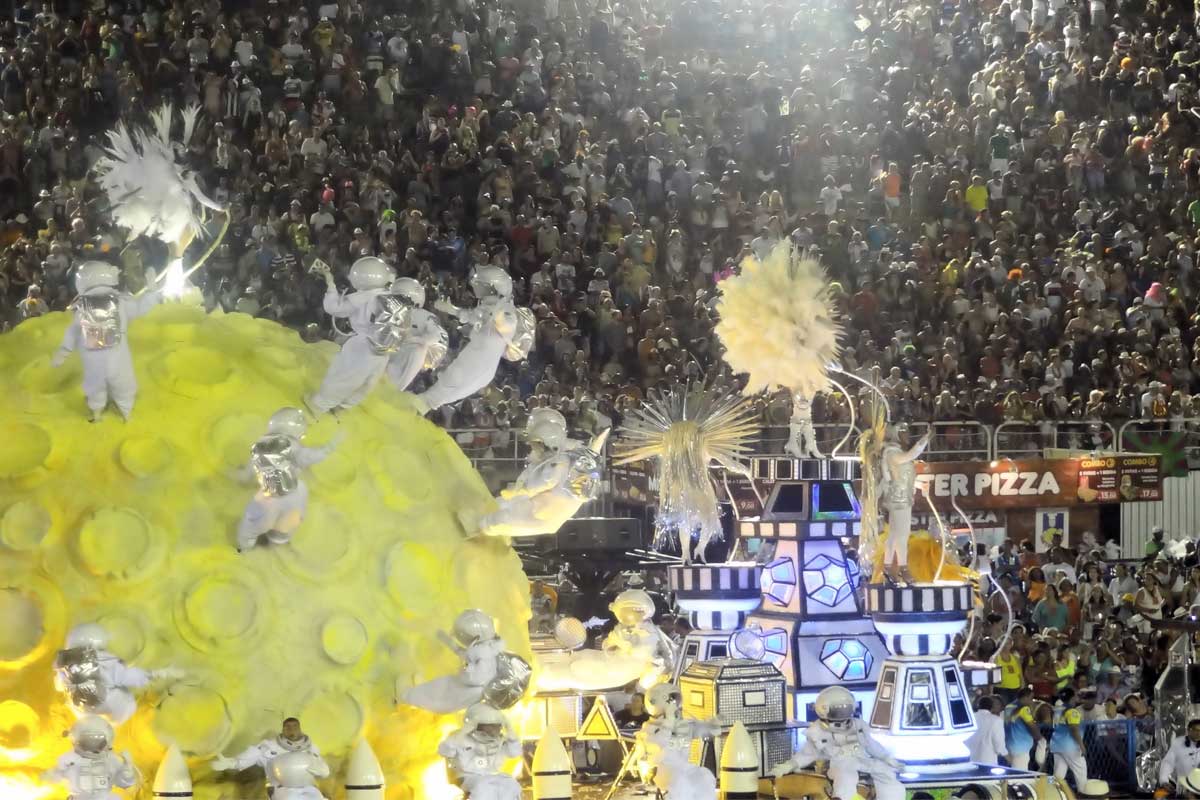 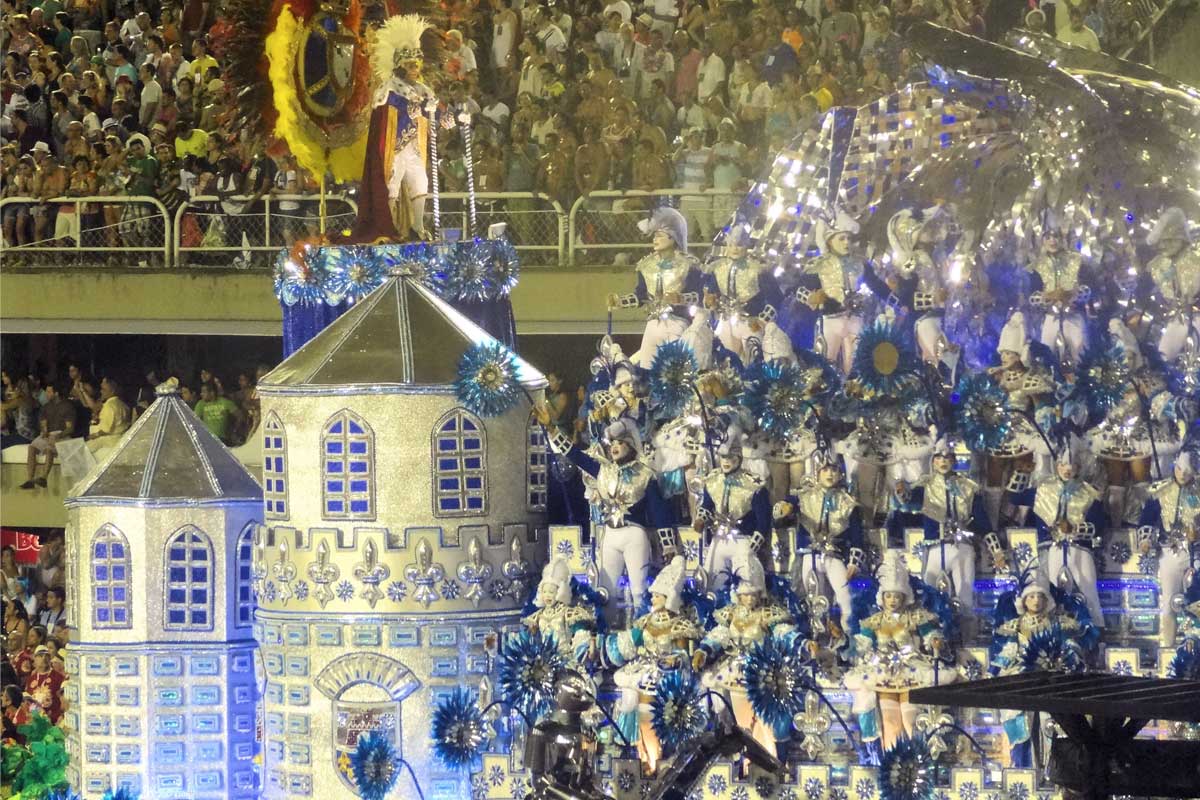 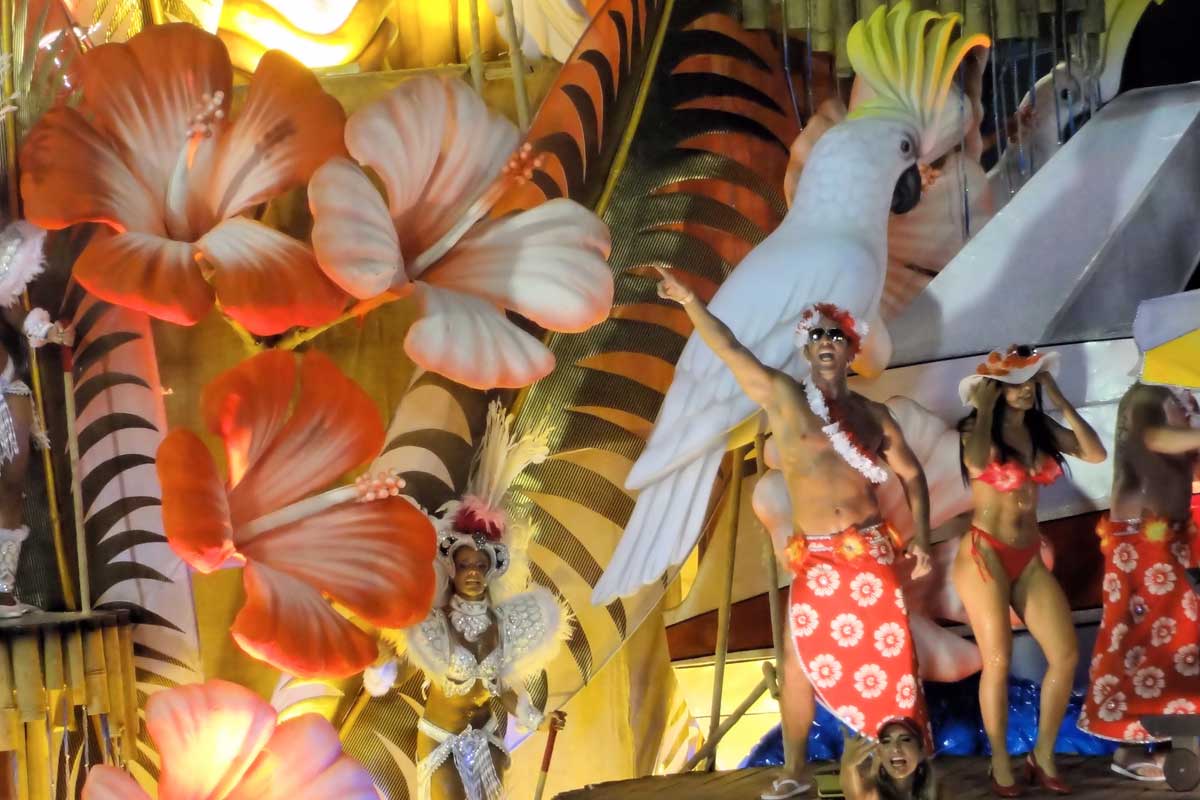 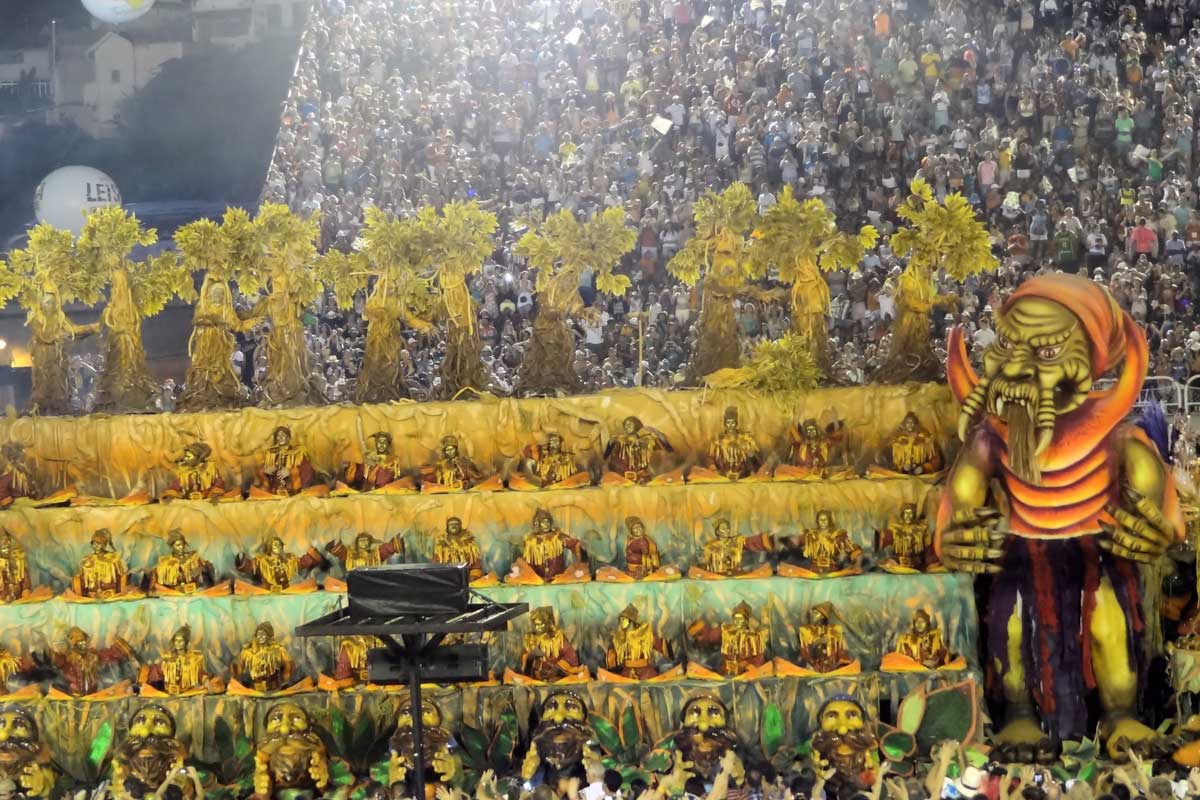 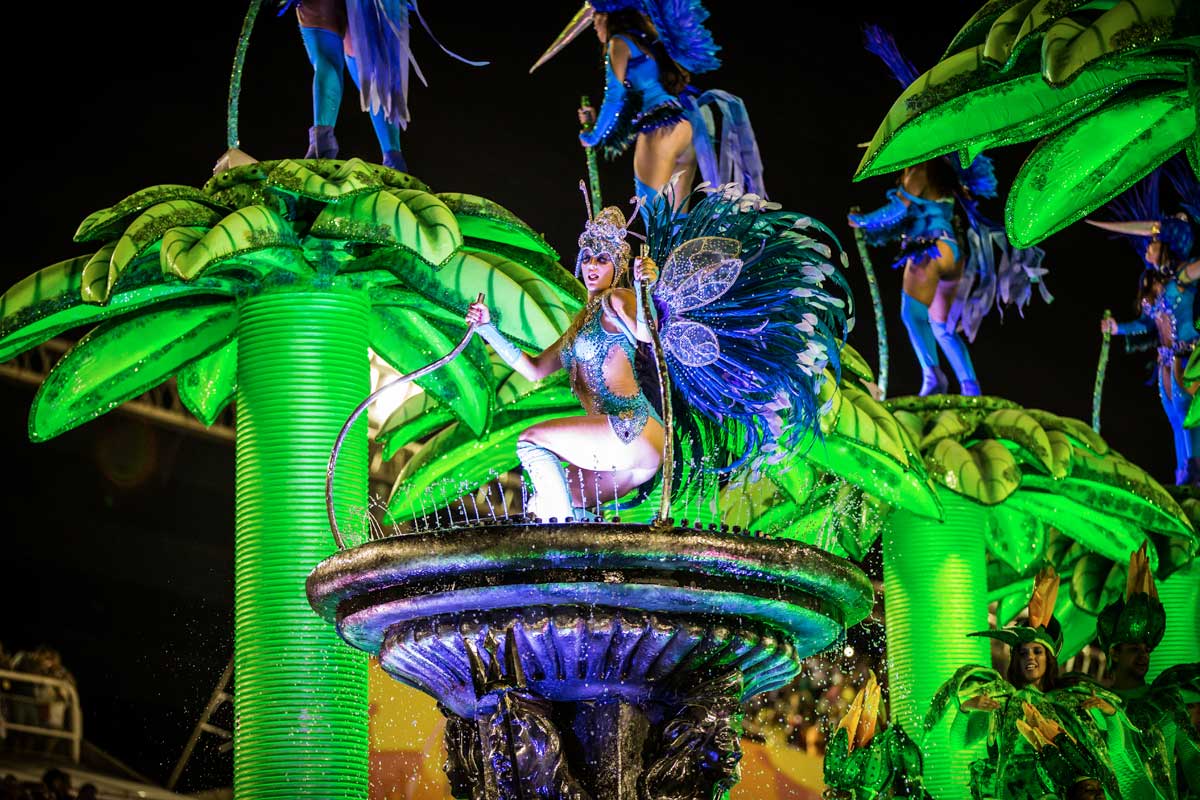 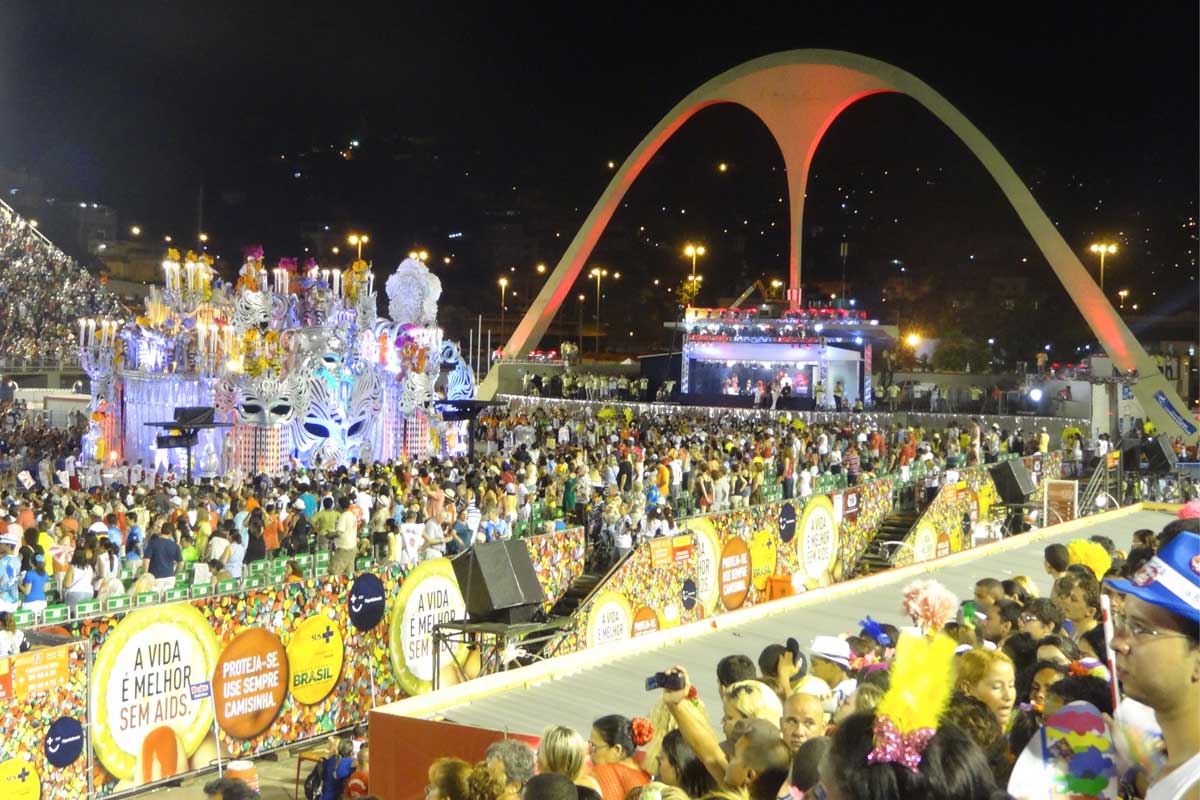 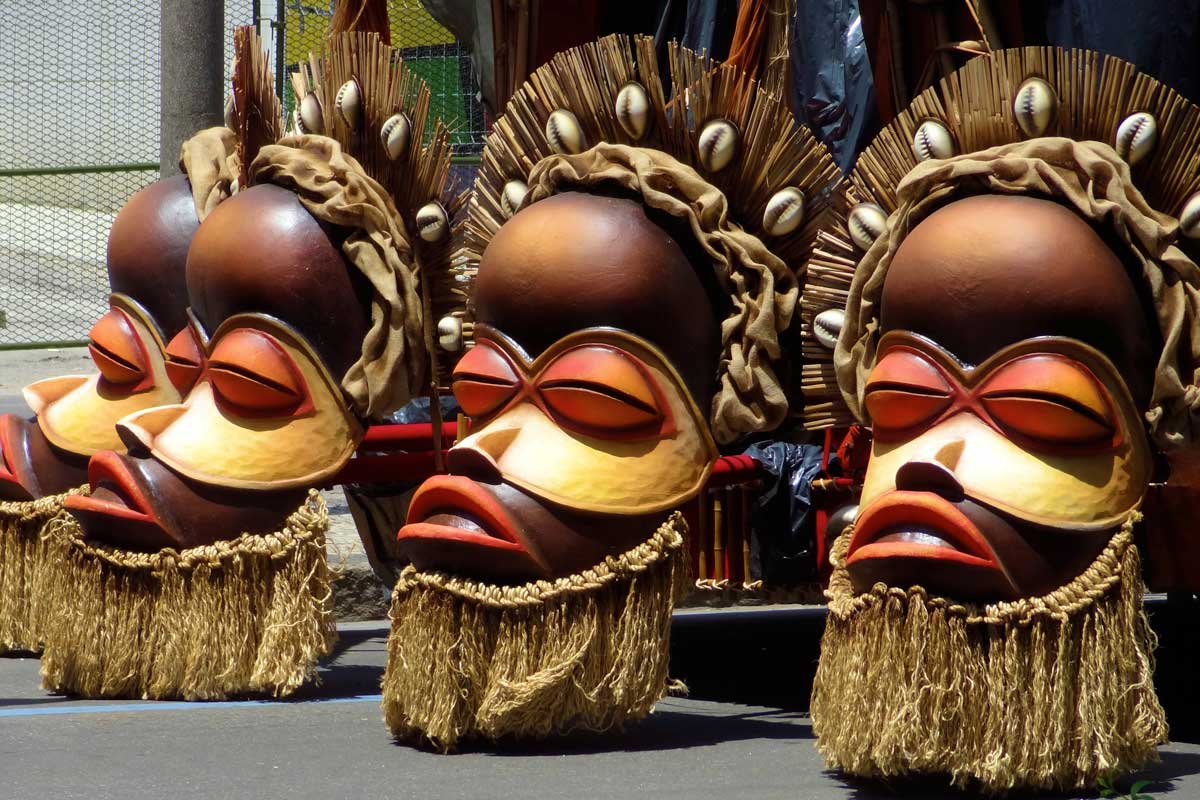 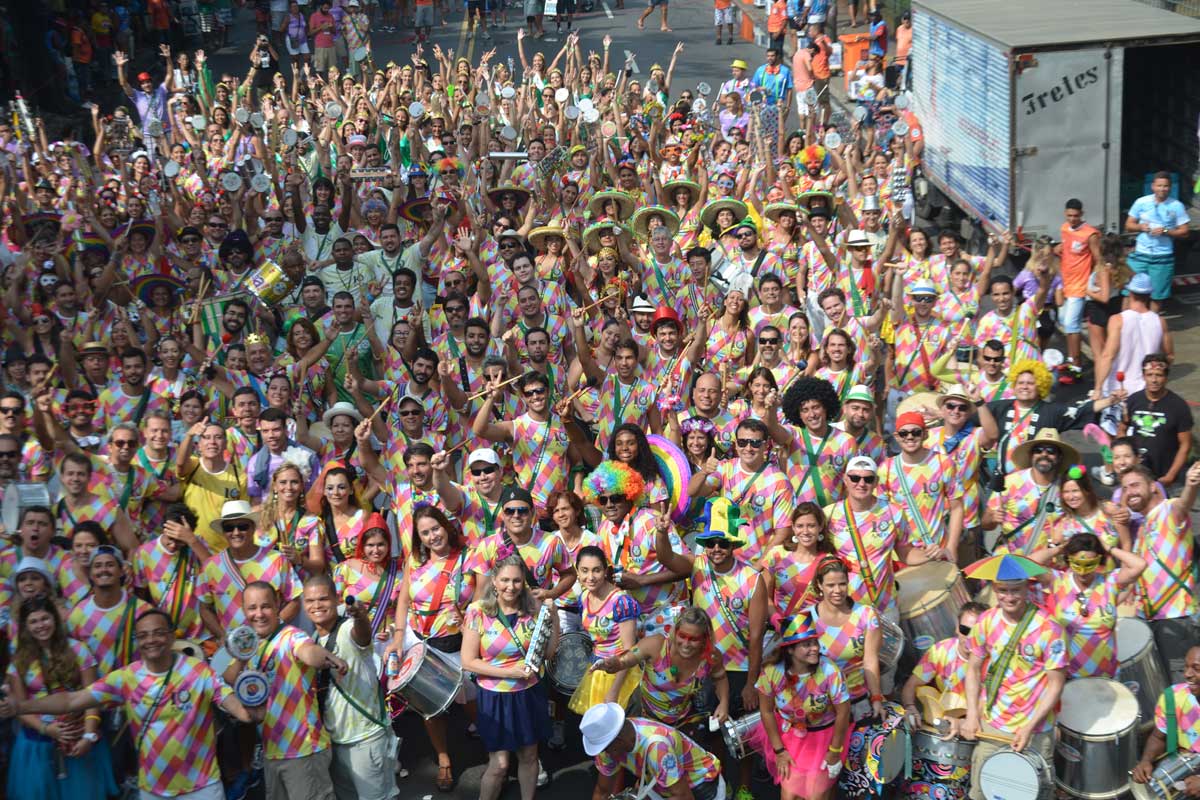 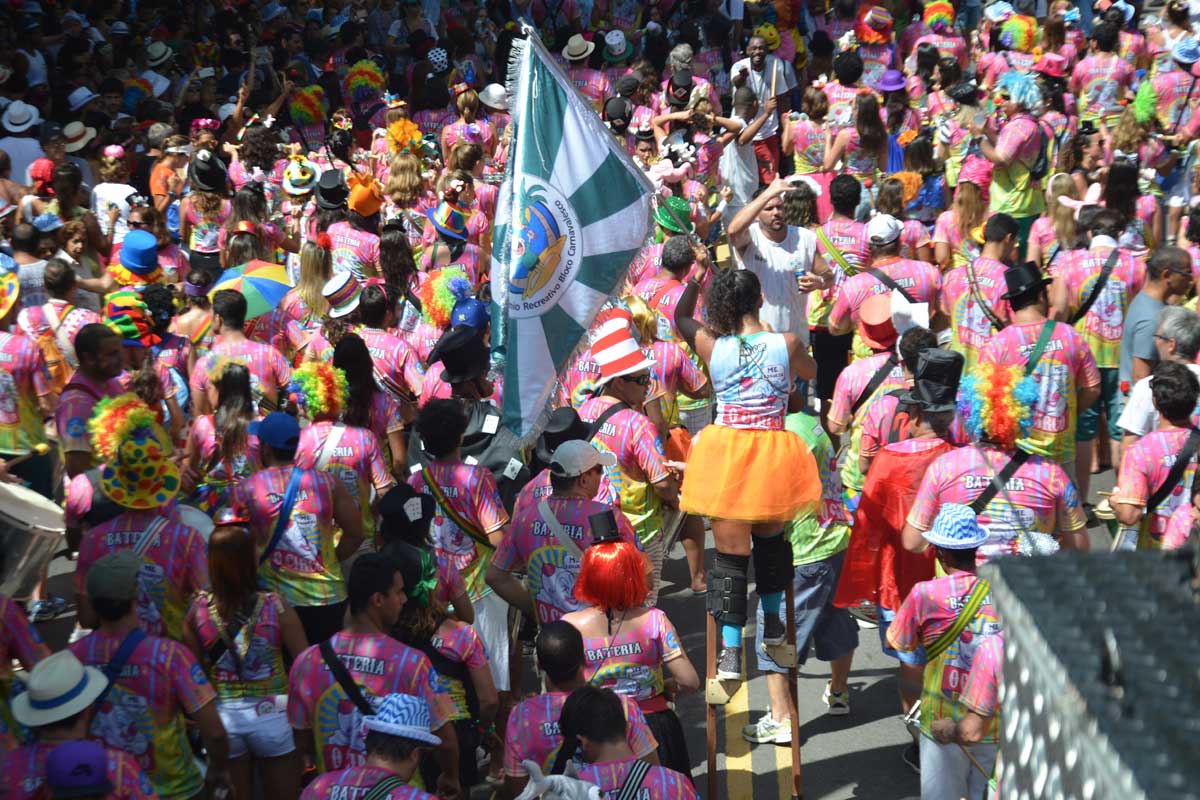 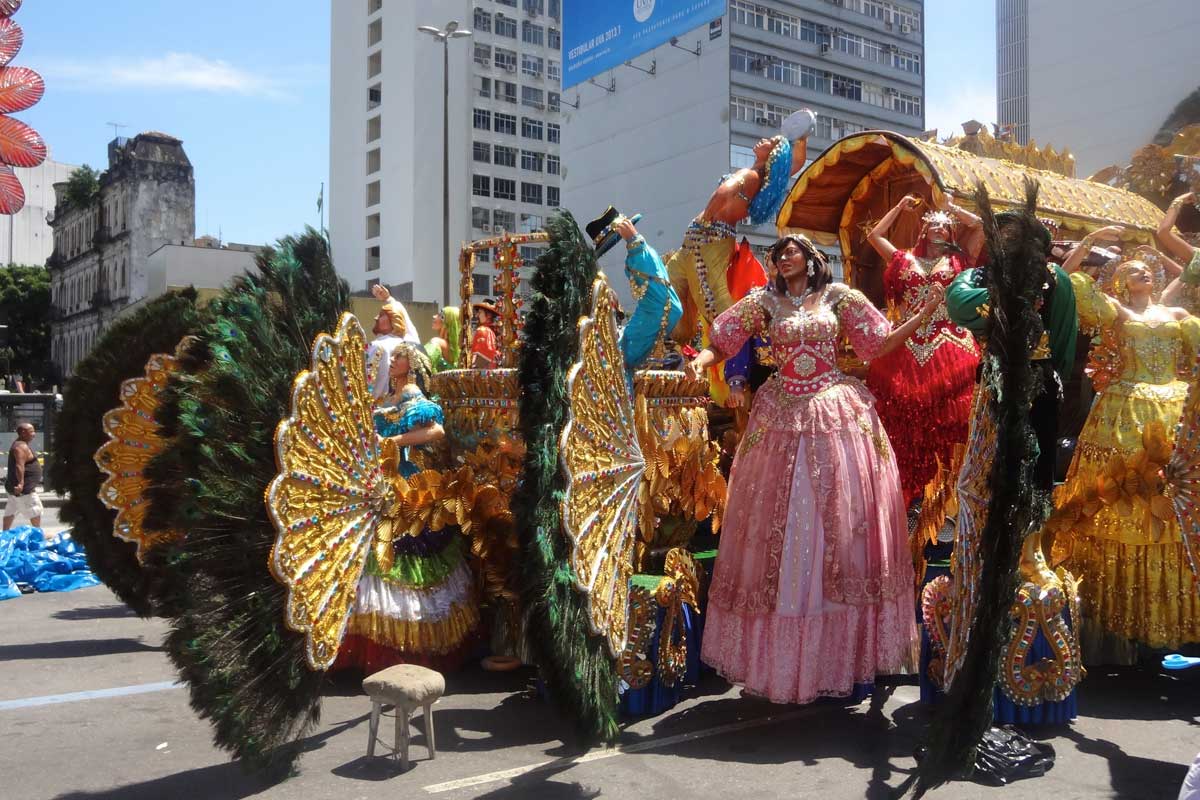 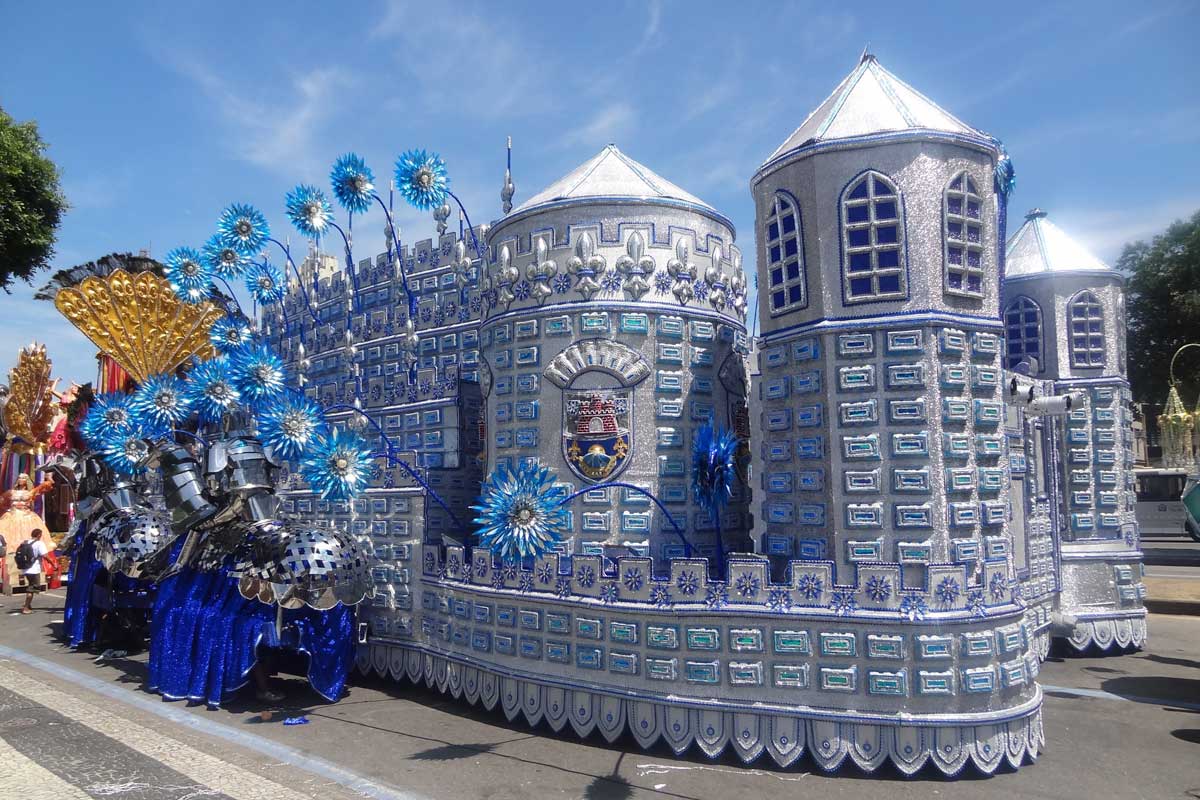